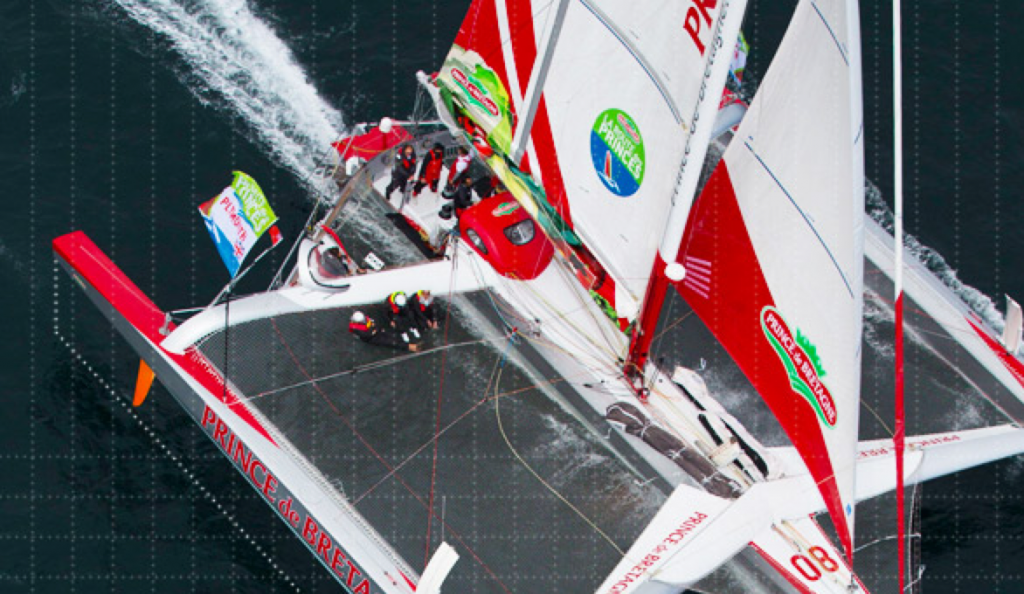 It seems every TJV starts off with a nasty gale in Biscay, and the 2015 edition is no exception, with today’s biggest news being the flipping of the Ultime class trimaran Prince De Bretagne.  If two of the most skilled multihull skippers in the world weren’t up to the task of keeping one of the least extreme of the Ultime trimarans on her feet in the North Atlantic, how the hell is a fleet of solo sailors going to get around the world?  Lemonchois and Bilou are in the inverted boat safe as their shore team decides how best to effect a recovery, and at 120 miles off La Coruna, Spain, there’s some time.  More here.

The first foiler in the IMOCA fleet is also out, with Seb Josse and Charlie Caudrelier headed for port to repair unspecified damage aboard Rothschild rather than try a fix when they’re balls deep in the shit.  The Dali-foiled Safran’s headed home too, while Jeremie Beyou’s Maitre Coq headed in to Roscoff to try to repair a busted headstay, abandoning shortly thereafter.

The Class 40 Concise is on her way to port as well, with the rest of the Class 40 fleet headed into the suck shortly.  Expect a busy night for press releases and loved ones, and our best wishes to all the skippers out there.  Stay tuned to the latest in the TJV thread in Ocean Racing Anarchy.

run what ya brung