message in a bottle 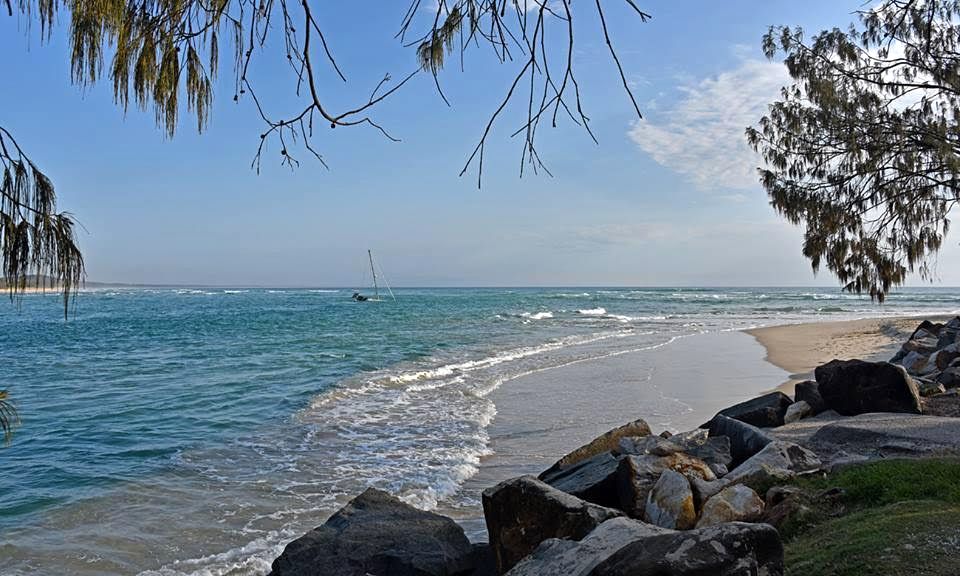 I met Eddie Martin in La Cruz Mexico. He is a South African ex-pat resident of Australia. He had just purchased “Priority” a Beneteau 35 in Mexico and was refitting the boat to sail to Australia. Then his plan was to the sell the boat there. He is an accomplished sailor and has done the pacific crossing before on a catamaran.

He left Mexico in May with the tail enders of the Pacific Puddle Jump group with his brother after his original crew bailed on him just before he was due to depart. We met again at Nuku Hiva in French Polynesia and all was good and he was provisioning for the next legs thru the islands to Australia. 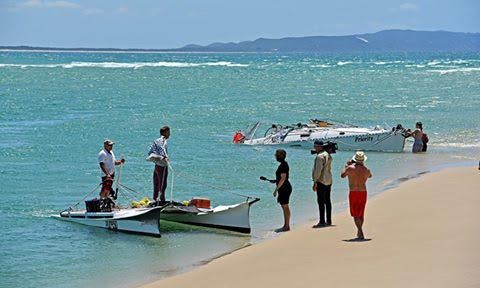 I heard thru a friend that “Priority” had hit the sand bar at Noosa Qld. From info in the local news and pictures on the Fishing Noosa Facebook page and a surfer who witnessed the grounding said that ”Priority” tried to cross the bar in the evening and at the wrong tide.

The Noosa River sand bar has been known to move and like many similar crossings are tricky in the best of conditions. 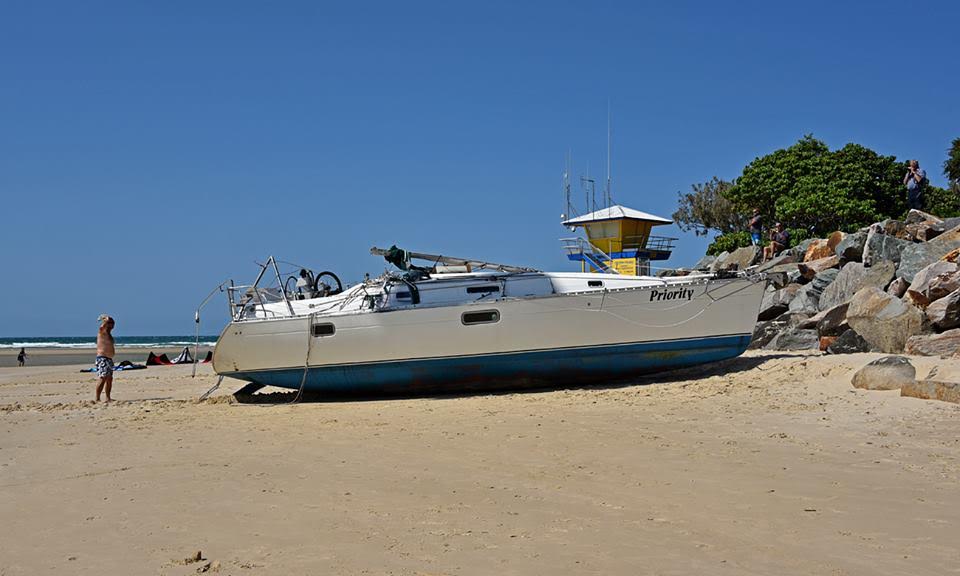 During the grounding or recovery the keel broke off, which appears to have made the recovery easier. Eddie with the help of a local auto towing company pulled “Priority” up onto the beach. He also had invested most of his money into this boat so it has been a large financial blow to him. Not only losing his boat but paying for the recovery. Like many boats sailing across the Pacific, Eddie was self insured.