youth of the nation 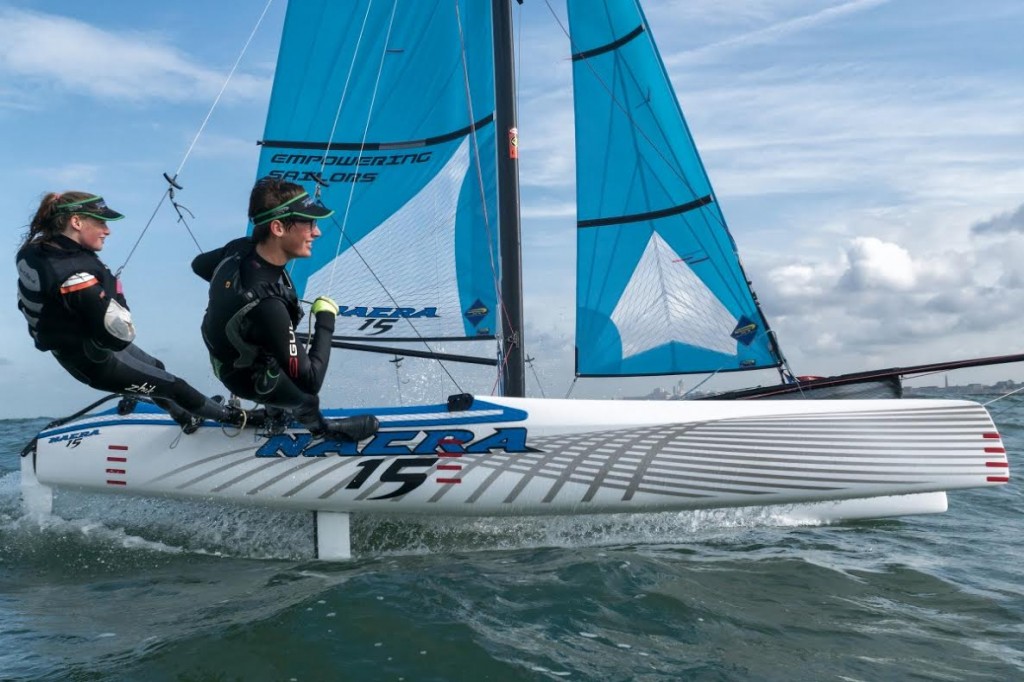 The Nacra 15, the brand new official ISAF Youth Multihull that debuted at the U.S. Sailboat Show in Annapolis, Maryland.  This will serve as a robust training platform for Youth sailors at a fraction of the cost, U.S. retail price starting at just 15K!

A smaller version of the Nacra 17 which is the Olympic Multihull, this rocket stills features curved daggerboards, double trapeze, and asymmetrical spinnaker. The curved boards have allowed the 17 sailors to experiment with semi-foiling. Unlike the 17, the 15 rudders will feature winglets which will provide even more stability.

For more information visit NacraSailing.com. Thanks to POD for the title inspiration.

The Devil’s Anarchist, An anarchist’s observations…

No Nonsense, Milestones Ahead