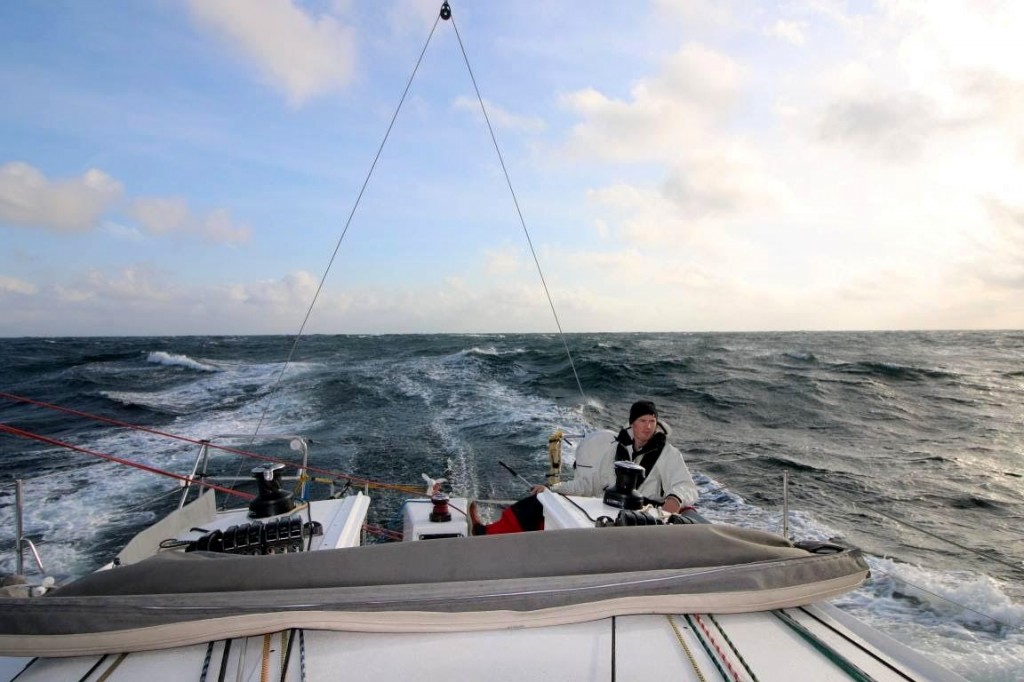 Norway has one of the longest and probably most beautiful coast lines in the world. A new world record in sailing will now set the bar for a future international race. A team of Norwegian sailors have established a new world record on the coastline: The distance is between 1.150 and 1.350 nautical mil, depending on routing, and the team completed the voyage in 7 days, 11 hours and 26 minutes.

This is the first step towards a future annual regatta, where the team will challenge sailors from around the world to compete on one of the toughest and most beautiful coastlines there is. This year’s voyage is meant to set a baseline for future record attempts – and collect valuable experience and inspiration for the race. The media coverage and public interest has also provided the opportunity to raise funds for charity – the money collected goes to help refugees in Europe.

The group of four men have sailed from Lindesnes, the southernmost point of Norway, to North Cape on the highest norwegian latitude: 71.10 degrees north. Skipper Emil Engebretsen had a crew consisting of Andreas Walle Wennersten, Andreas Røe and Erik Engebretsen. For the last part of the trip, Erik Engebretsen was replaced by Arild Bjørgo.

The boat used for this maiden voyage is a Pogo 10.50, a french lightweight, planing 35 feet boat. The crew have been trying to sail nonstop, but two storms, a critical mast damage and a crew change forced the team into two short pitstops. But the progress has been impressive – the speed record so far is 22.6 knots!

You can follow the adventure and see pictures, videos and tracking here. – Anarchist Øyvind.

99 problems, but this boat ain’t one