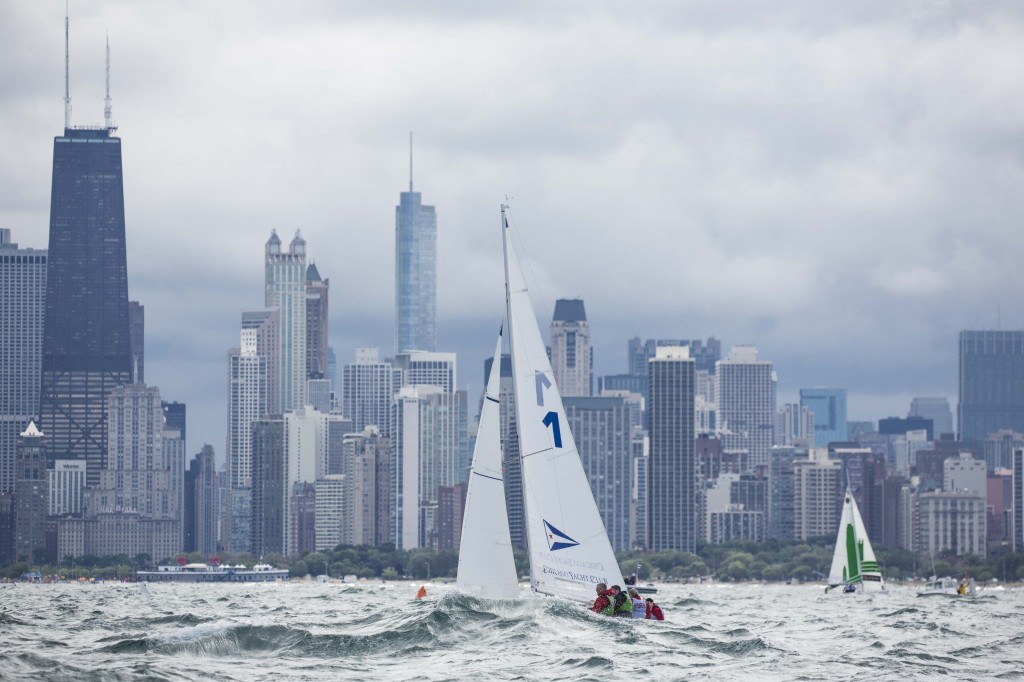 Long before she was the CYC’s head of Comms, sailing cheerleader Morgan Kinney was sharing her passion with the Anarchists.  She continues with this great story from last weekend’s Chicago Yacht Club hosted IFDS Blind Sailing World & International Championship, presented by Wintrust. Here’s her report, with gorgeous shots from Zachary James Johnston, with more here.

Fourteen teams from as far as New Zealand came to town for four days of racing in hopes of winning the Squadron Cup for their country and being crowned the new World Champion. Each boat had visually-impaired skippers and main trimmers, and two sighted crew – one tactician and one jib trimmer. Teams were then divided into three classes dependent on the extent of their vision loss, ranging from completely blind (Blind 1) to legally unable to drive (Blind 3).

In true Chicago fashion, the fall weather was completely unpredictable and two days of racing were canceled due to no wind, storms, high winds and higher waves. 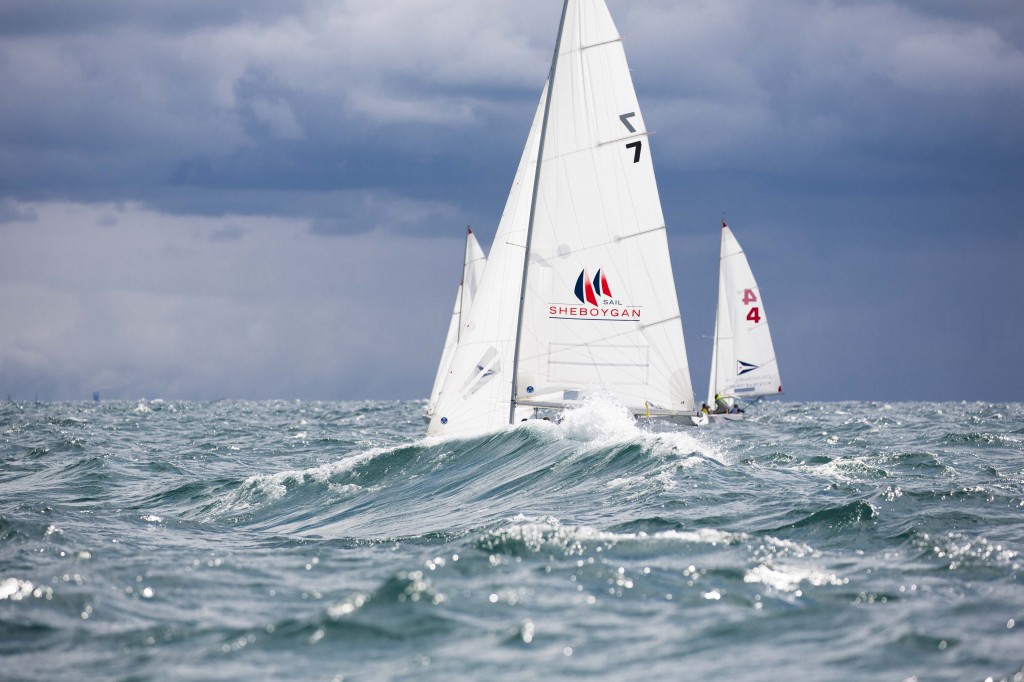 After no wind and looming storms canceled racing on Thursday, Friday’s course featured 22 knots of wind and six foot waves. Teams raced four to five races in their respective sections while I sat in awe, getting soaked onboard my 12′ photo boat. All I could think was how tough it was to just chase these yachts around the course; in the meantime, they were expertly sailing over, around, and through the huge waves. “It’s a lot about the feel of picking the bow up and knowing how to drive to that,” explained 2013 Blind Sailing Champion Lucy Hodges (GBR). “Downwind was a huge amount of fun. If you caught the wave just right and come off the top, you were surfing down to the finish.”

Dave Allerton (NZL), remarked, “That piece of sea out there is more than just a lake – you could fit the whole country of New Zealand in there.” When fellow Kiwi skipper, Russell Lowry heard that Saturday’s wind and waves were supposed to be heavier and higher, he declared, “Bring it on, Chicago!”

And that, the Windy City did… Eight foot waves and 30 knots of breeze from the northeast squashed all hopes of another big day of racing.

With only one day left in the competition, the pressure was on the Chicago Yacht Club Race Committee to make up for the two days lost. With calmed seas and a rotating breeze, RC started firing off races one after another until a fourth race was started and promptly abandoned due to a sudden 90 degree wind shift. As boats reached back to the start line, our watches read 1:15 P.M., and we were looking at a 2:00 P.M. cutoff. Race Committee attempted to save the race and run one more, but the wind had died. 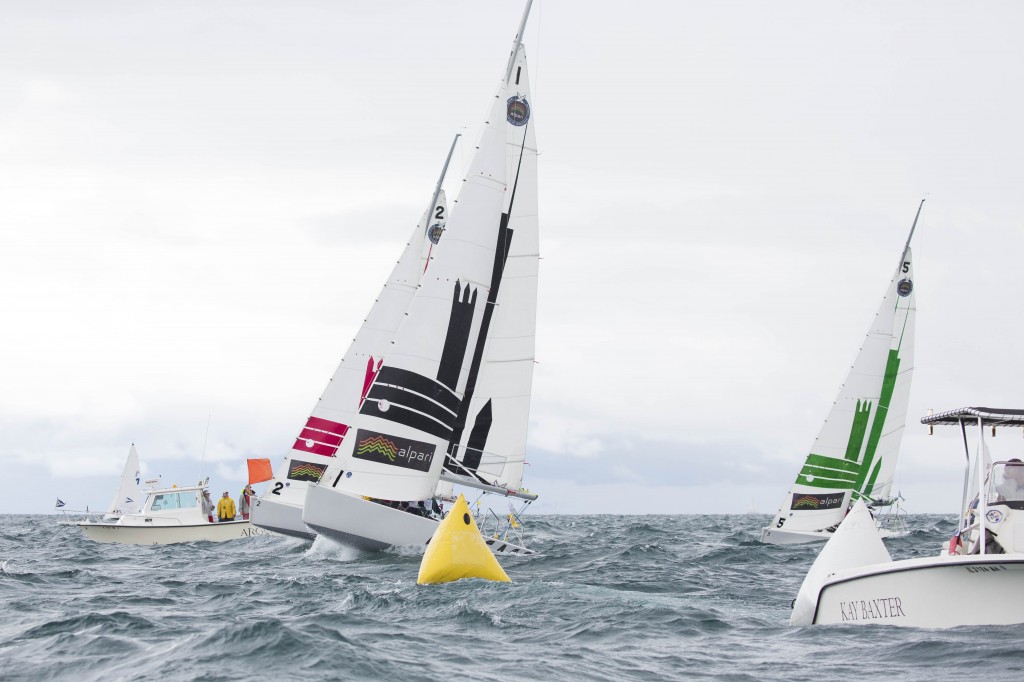 Duane Farrar (USA) was crowned the 2015 Blind Sailing World Champion. It wasn’t easy for Farrar, though, as Canadian David Brown was giving the American a run for his money. “The Canadians were very competitive, and we started the day in a virtual tie with them. Before we got enough races for a drop, we were just about a point apart,” said Farrar. “We  smoked the fleet in what turned out to be the last race of the day. We really needed that race to solidify our position.”

Despite earning top slot in two out of three classes, the US lost the Squadron Cup to Team GBR. This is the fourth time that Great Britain has won the Cup in 18 years. Hodges, who was on the team the last time they won in Japan, said, “It was a very close running this time around – USA put on a really great performance. It will be great to take this Cup to Houston for the next running of the Cup in 2017.”

no big mac for you