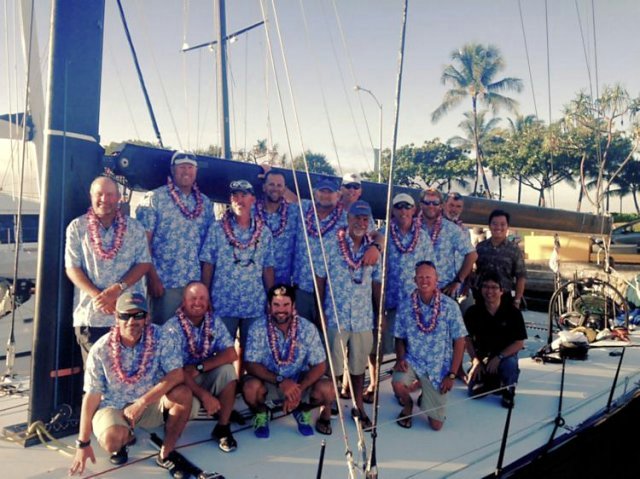 It’s pretty pathetic how most anybody can see what a joke the Dee Smith Paralympic campaign is, yet how few actually  say anything about the absurdity of his claim of being ‘disabled.’ We would think that, at the very least, the disabled sailing community would be outraged.

Refreshingly enough however, we note with some joy that almost none of you have bought into his begging for $270,000 to fund his ‘sham-paign’ ($110.00 total donated in 3 months).

And yet we are amazed at what looks to be four organizations that have contributed $67,000 to Smith. One of which is easy to explain – the St Francis Sailing Foundation. These sphincter-clenched ‘frisco elitists take care of their own, and they’re going to make sure that poor little Disabled Dee doesn’t have to go without. Something called the Windmark Olympic Foundation has also chipped in, and a company named USALCO (just happens to be run by the folks with the same last name as the owner of Wizard, the 74′ Smith raced on to Hawaii has thrown cash at Smith’s quest.

Imagine all the legitimate potential Olympic sailors who are in desperate need of funding, while the Status Quo has poured thousands and thousands of dollars into this mockery of disabled sailing.

And yes, that’s Disabled Dee standing tall right in the middle of the shrouds at the end of the 2,225 mile Transpac aboard Wizard.

hey look, they love me!