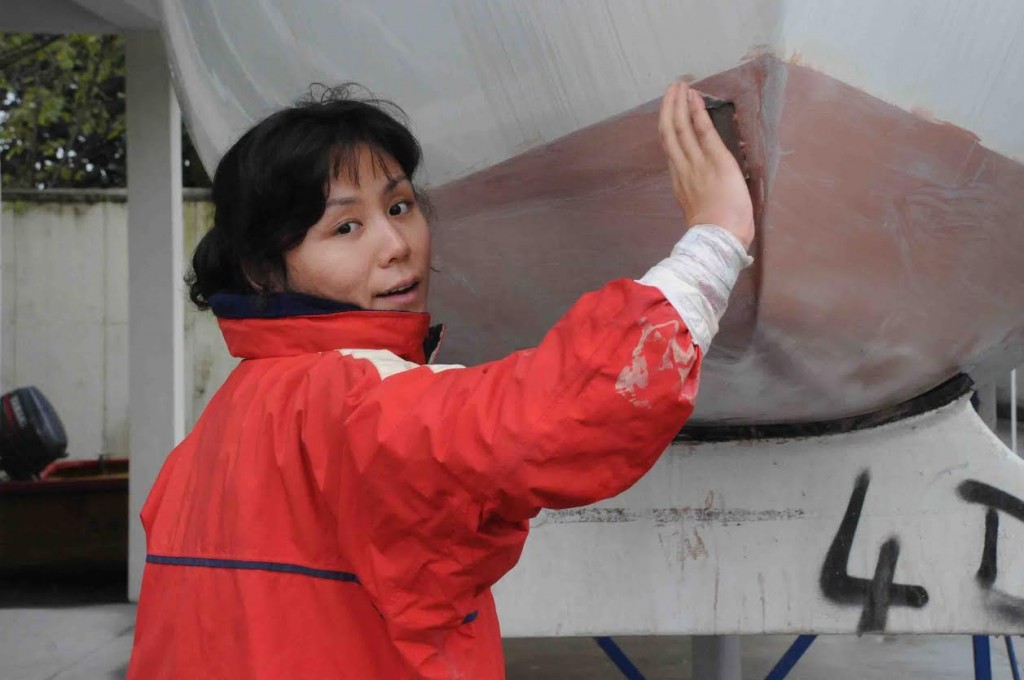 Maybe China coverage could beat the world for viewing figures. The sailing community seem to have got behind it as they (CCTV5+) have selected someone who knows what they are talking about to do the commentary. Li Li is not a product of the Chinese Sailing team system having got into sailing on her own account about 10 years ago and has owned her own boat (a classic quarter tonner) for 7 years which is fully tricked out with Harken and 3DLs- which she works on herself too.

She has been involved with the organization of China’s oldest Keelboat Regatta and de-facto match racing championship, the China Club Challenge Match ( about to enter it’s 11th edition) since its inception and calls tactics on a Swan 82 when she has time. That time has been somewhat curtailed over the past 21 months as she is just off from being Key Account Director of the successful Dongfeng Race Team in the latest Volvo Ocean Race, a key part of the glue between the Western management and Chinese sponsor.

Her rules knowledge is virtually encyclopedic and I know she checked the ACWS SI’s before the gig and her comments were (I’m told because I don’t understand Chinese well enough) on the money. She also finds time to sell North Sails in China and advise people about J-Boats too and spent 2 years as managing editor for Boat International (China).

A real sailing fan and add to that a first class communicator as well.  I don’t really think there is any part of the sailing world here in China this lady has not touched or influenced. Candidate for Sailing Chick of the Week don’t you think?

Bryan Cooke is only too familiar with cancer, after losing his wife to it in 2004, and then his own personal experience with cancer.

all about the glue