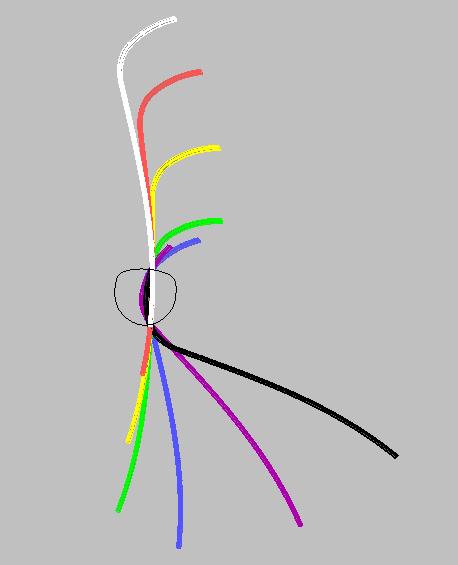 With the Little America’s Cup fast approaching (and the entirely expected but still sad withdrawal of Rob Patterson’s Canadian team, the guy whose dominance nearly killed the C-Class checks in with his latest idea for taking the Cup back to the USA, and in a competition that may be more floating than foiling, it’s clever as a motherf^%&ker.  Meet the SNAKEfOIL, and hit the thread for the full details on Steve Clark’s entry and the full field of competitors.  Teammate and family member Dave Clark explains the foil.

The intent of the SNAKEfOIL is actually not to get foiling sooner. There is no judge awarding points for simply being out of the water more. The boat has exited the water in light winds sooner than would be expected, but that was mainly a function of maxing out the foil trim and was on final analysis simply wasted energy picking up the boat. It definitely brought it below a fast catamaran’s displacement-mode speed for that wind. In fact, I believe my dad’s intent is the reverse of your assumption. The SNAKEfOIL (named for the board head’s resemblance to that of a cobra, the caps bit is a self deprecating joke i.e. “snake oil”) is a seven foot long slightly recurved straight board with a tightly curved head that acts as a cant control. This means that the board can be 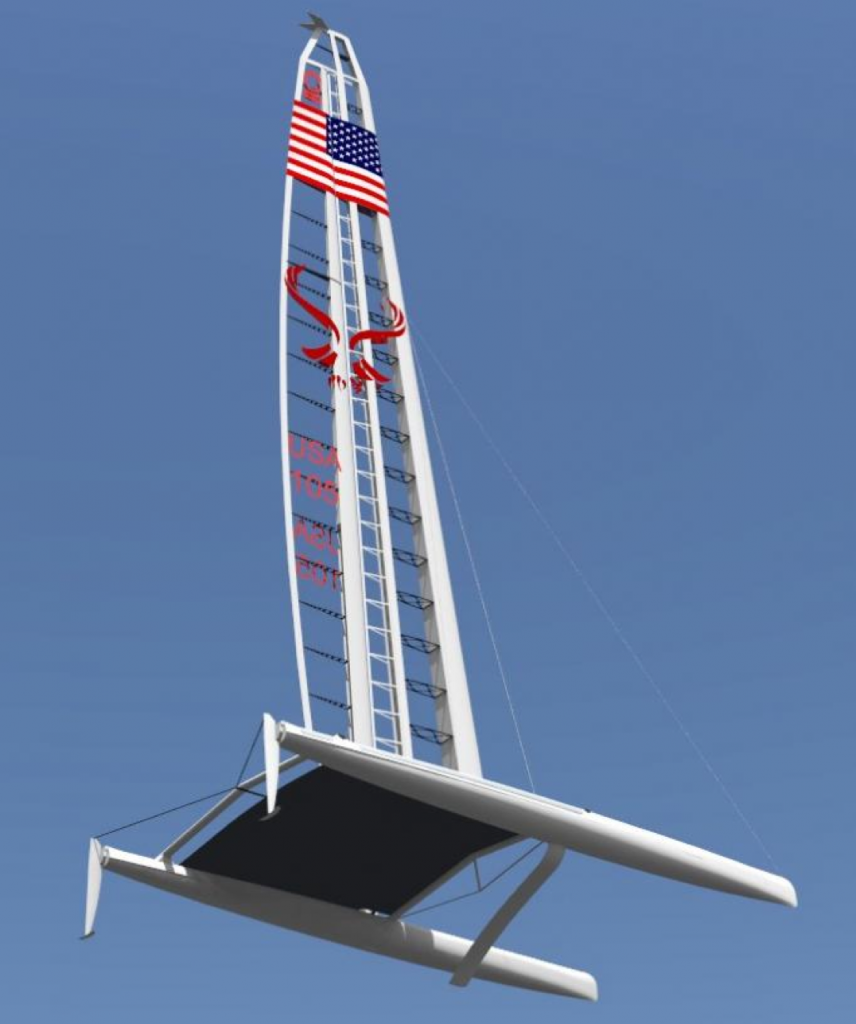 reverted to a cant angle of zero and simply zip along in displacement mode on the leeward side and be fully retracted from play on the windward side. This solves too problems in wind speeds where foiling is pointless. First, it eliminates the excess drag found in the horizontal component of a stereotypical catamaran hydrofoil when in displacement mode. This excess drag was poison to hydros in light air and Mischa went to arguably radical lengths to combat it. Second, the unretractable component of the stereotypical catamaran hydrofoil is a pain on the windward side in light air. It juts out sideways and drags just as you are starting to build speed and fly a hull. Ideally, the SNAKEfOIL should make it possible to glide along in sea-hugger mode in light air and foil in good breeze. That said, if the breeze is light, my money is on Cogito. She’s the best boat for a drifter in the event, Benoit Marie knows what he’s doing with the stick and Benoit Morelle is a seasoned veteran of strange lake geneva breeze. Let’s bit forget that this is a boat race. I hope I’ve brought some clarity to all this.