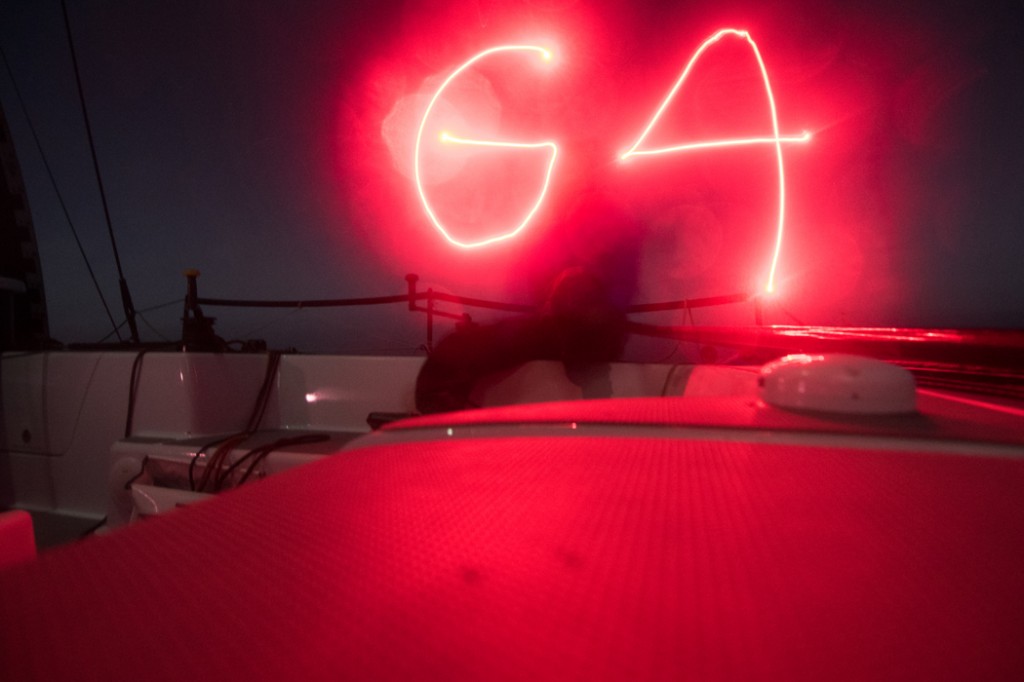 Photojournalist Jen Edney continues to make her mark on the yachting world as her skills and network grow, and this is perhaps her most impressive work yet.  Here’s Jen’s report as the third crew aboard the Gunboat G4 on her trip from the Caribbean to the Carolinas, and we encourage you to follow Jen via Facebook here. 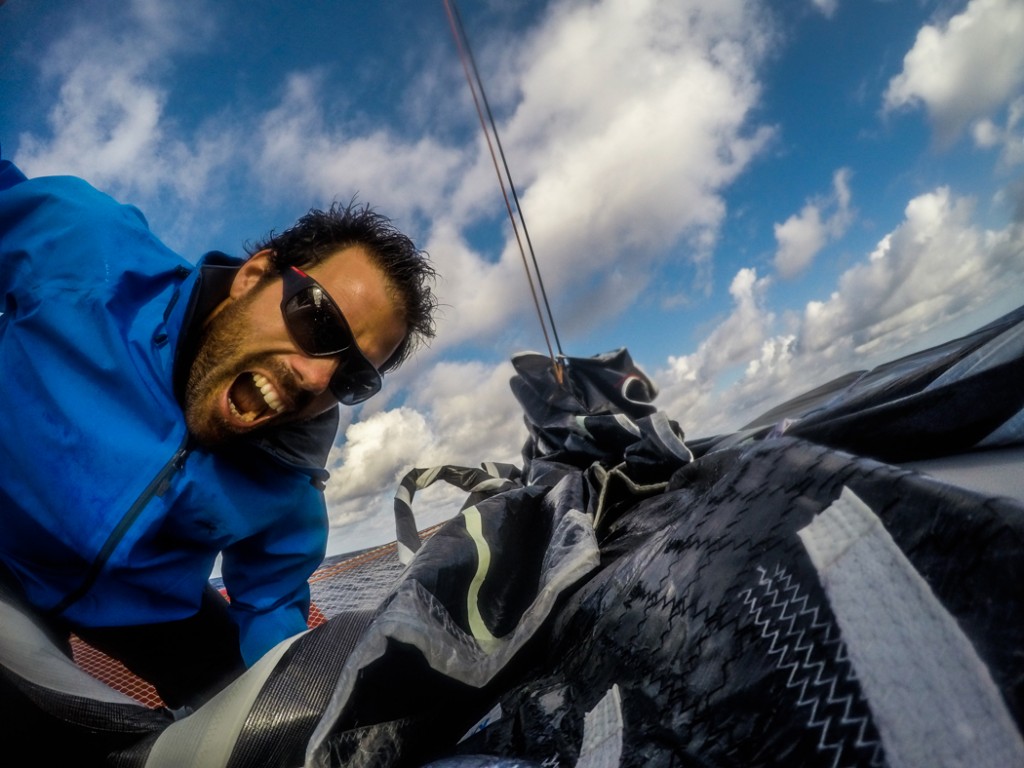 The moon is out, the wind is blowing through my hair, and I am embracing the moment with a healthy dose of anxiety while an ever-present voice in my head tells me ‘Relax – it’ll be fine’.

I am about to take the helm of the Gunboat G4 Timbalero for the first time, and my nerves are getting the best of me.  But on a perfect evening with maybe the perfect foiling catamaran watch mate – silky-voiced 2010 and 2013 America’s Cup winner Shannon Falcone – and it’s time for me to give it a go, and to give him a long-deserved break from the helm.  The gentle giant gave me the coaxing I needed for my anxiety to clear, and I settled in with the tiller, only for Shannon to smirk and say, “I believe you are the first women in the history of the world to helm a foiler offshore.” I let that sink in a bit.  I’m not sure if I’ve ever been ‘world first’ at anything, but I think I like it.

Most of us have a healthy dose of fear, anxiety, and emotions before leaving for an offshore passage. “That feeling pushes me to learn as much as I need to really know about the weather, the boat, and the passage preparations,” said Gunboat founder Peter Johnstone, our skipper for the trip.  “Leaving St Maarten and setting sail for North Carolina was an emotional moment; here we are sailing offshore on a direct, open-water route to North Carolina on a boat that many fear,” said Peter, and he was right.  A 1300 NM passage in what amounts to an open boat with virtually no creature comforts.  None of us could recollect any sort of similar passage in such a high-performance multihull.   “More than anything, I was very, very excited,” he said. 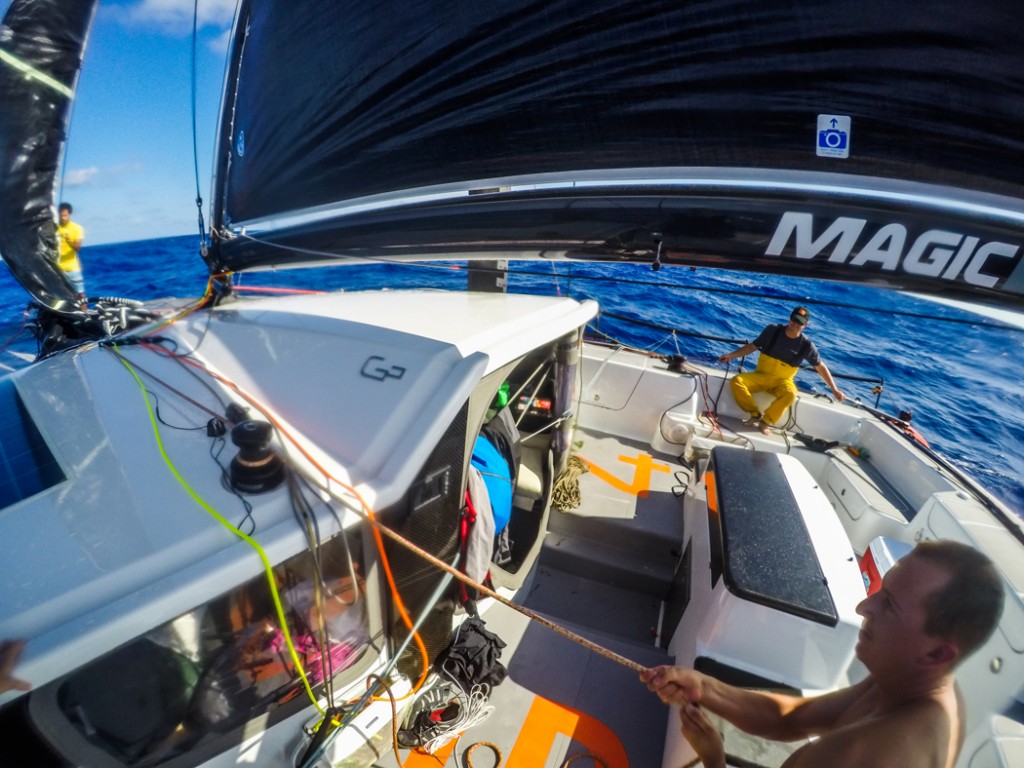 Peter’s word for this voyage was ‘glamping’, or glamourous camping, and we struggled to find the ‘glam’ part.  “Maybe if the stove or toilet worked,” said Shannon.  We were able to graze at will rather than dine, and we had to refresh our bucket etiquette.  With the pressure water system one of the casualties of the tip in St. Barts, there were no showers and washing was limited to the bottled water we brought aboard.  “The most challenging thing about this trip was doing it without wet wipes,” said Shannon.

We spent the first afternoon cautiously sailing the boat well throttled back, and getting everyone oriented aboard. As the day went on, we all felt much more at ease, and the speeds started to build as we gained confidence in her offshore open water capabilities. By sunset, the G4 was moving along mostly in skim mode, with occasional full flight on her foils.

Tune in tomorrow for the rest of Jen’s G4 delivery story.