the heat is on 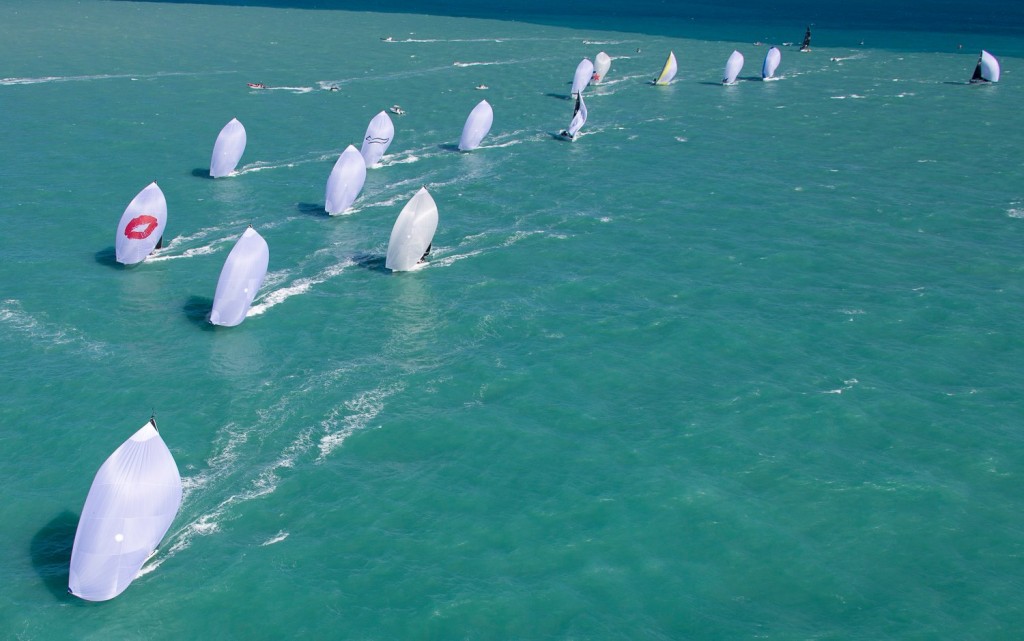 The Melges 32 Class rebounds to a 22-boat fleet – deep as hell – for their 2015 Worlds this coming week.  Longtime SA’er and pro trimmer Sam Rogers reports from Trapani:

Together with Audi-Tron, Torqeedo and Melges Europe, the 7th Edition of the Melges 32 World Championship welcomes 22 fiercely competitive teams to the heart of the Mediterranean in Trapani, Sicicly.  Flanked by an arid backdrop with mountains jutting out from the sea, and crystal blue waters providing an idyllic race course, Trapani truly is a ‘bucket list’ venue and the perfect battlground for the 5th stop on the Audi-Tron Sailing Series, and the highly prestigious Melges 32 World Championship.

Although not the largest Melges 32 World Championship fleet, the 2015 edition is arguably the deepest with a roster boasting the world’s best helmsmen, amateur and professional sailors.  With 3 different winners at the previous 4 stops on the 2015 Audi-Tron Series, picking a winner for the worlds is an arduous task.  A team from the US could be a popular option as the ‘Stars and Stripes’ have claimed 5 of 6 World titles thus far, but with several crafty, world-class Italian tacticians at home on Mediterranean waters, it is truly anyone’s title to grab.

Looming large on the minds of the fleet is the presence of the current World Champ and first-ever back-to-back Melges 32 title holder Jason Carroll’s ARGO, with Cameron Appleton calling tactics. Securing titles in Porto Rotundo in 2013 and Miami last year, Jason and the Argonauts have returned to Italy with one mission in mind; to become the most dominant Melges 32 team in the history of the class.

Trying to slow down the force from USA are several well seasoned teams including ROBERTISSIMA helmed by Roberto Tomasini Grinover with the wiley Vasco Vascotto on tactics.  Claiming the European Championship earlier this season, Robertissimo is looking to create triple crown of its own by securing the Audi-Tron Series title, and the prestigous World title all in the same calendar year. 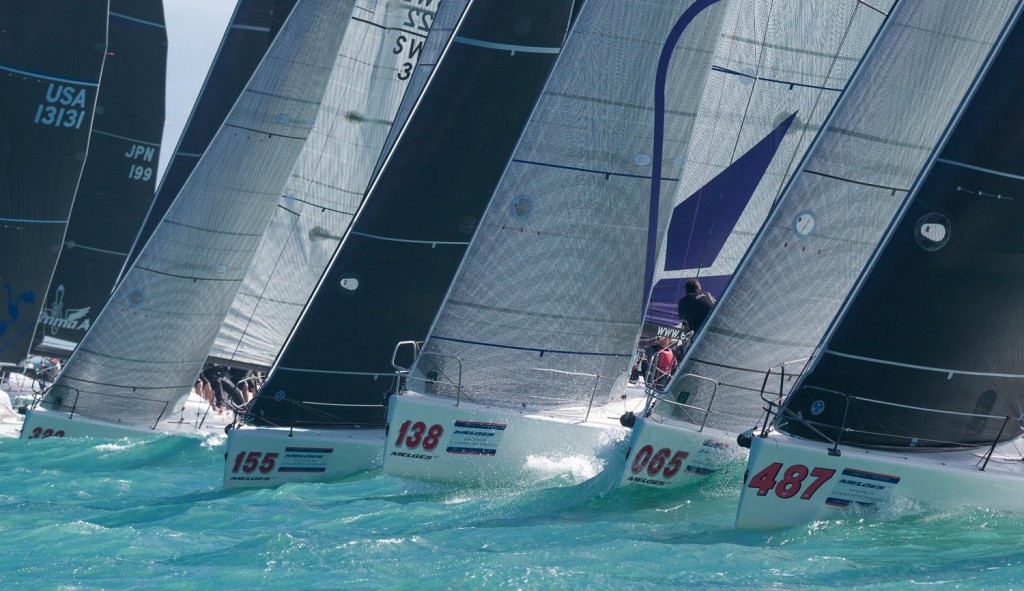 Taking 2nd place in the 2014 Worlds, The colorful characters on TORPYONE skippered by Lorenzo Lupi with tactician and 2010 World Champ Lorenzo Bressani, won Act 2 of the Audi-Tron Sailing Series in a tight battle in Portovenere, and is looking to dance their way back on the podium in Trapani.

STIG helmed by Alessandro Rombelli comes in hot with two victories in four stages of Audi tron Sailing Series, overtaking current World-Champs Argo in Act 4 to grab the title in the final race.  The ultimate weapon for STIG is the name of his tactician, the crafty Sicilian Francesco Bruni that has the capabilities to unlock the secrets of Trapani moreso than any other tactician.

The list of contenders continues and includes the reigning champion of the ​​Audi-Tron Sailing Series 2014, the Russian team of Synergy GT of Valentin Zavadnikov with Andy Horton as tactician. From Sweden comes the challenge of INGA FROM SWEDEN Richard Goransson with Michael Buckley on tactics.  And from the small Island of Bermuda, Hedgehog helmed by Alec Cutler with current Melges 24 World Champ Chris Rast on tactics relies on years of Melges 32 experience to boost its World Title hopes.

Looking to bring back another World title to North America, USA fleet has a few bullets in the chamber both hailing from the same extended family; VOLPE by Ryan Devos with tactician Mark Mendleblatt and DELTA helmed by Dalton Devos supported by the legend Jonathan McKee.

Longtime Melges 32 veterans and representing the flag of Japan, YASHA SAMURAI Yuschiro Ischida (tactician Hamish Pepper) and SWING Keisuke Suzuki (Nicolai Sehested) are ready to battle every race and can make a surge at anytime.

Hailing from Turkey and enjoying his first full season in the Melges 32, Turkish entrant Emet Eker continues his steep learning curve and is looking to apply lessons learned earlier this season to his World Championship bid.

Grabbing a 2nd place in Portovenere, G Spot helmed by Giangiacomo Serena Lapigio with Branko Brcin on tactics has a podium finish in their sights. The lone German entry on Wilma helmed by Frist Homann will rely on Italian tactician Nicola Celon to help improve their chances, and rounding out the Russian contingent, Pavel Kuznetsov and his Tavatuay team are always a challenge on the racecourse.

The Italian fleet is clearly the most numerous among the nine nations at the start and is highlighted by BRONTOLO Helly Hansen helmed by Filippo Pacinotti, the veteran of this class since the first world edition 2009. SPIRIT OF NERINA skippered by Andrea Ferrari, MARGHERITA of Roberto Mazzucato, AUDI E-TRON F.lli GIACOMEL by Mauro Mocchegiani, VITAMINA of Andrea La Corte, FRA MARTINA skipper by Edoardo and Vanni Pavesio, LEA helmed by Marco Cali are the other Italian teams lining up to dethrone Argo.