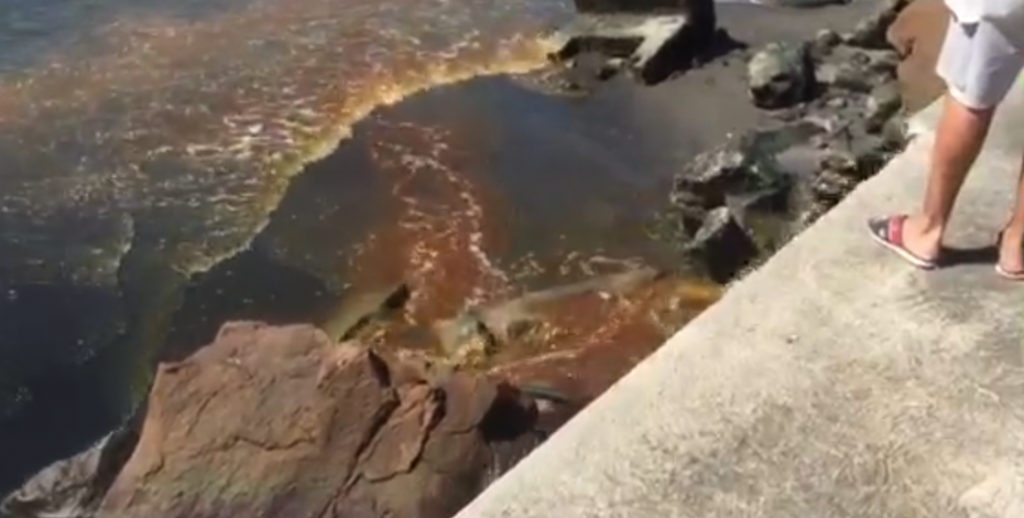 We may not have come down to Brazil specifically to investigate the water pollution problems, but the situation is inescapable, and yesterday’s discovery of an open sewage outfall less than 50 feet from the main Olympic Sailing Center launch ramp was, well, shocking.  Local authorities panicked and sent over an oil containment crew with a floating boom…but that ain’t oil, and the inside of the Olympic harbor is now half water, half poo.  It’s one thing for a huge 3rd world city to have sewage problems, and our final report from Brazil will get deep into a situation which is neither uncommon nor surprising in a Latin American metropolis, but the level of incompetence required to have thousands of gallons of untreated waste flowing in the one place that every sailor touches every day, and that every reporter sees every morning?  It simply defies belief.

And the hits keep on coming; a 5-man media team was held at gunpoint and robbed of cameras and phones while covering the cycing test event yesterday, the same day hundreds of thousands of protestors – including tens of thousands on Copacabana and Ipanema – blocked major roads across Brazil while calling for the impeachment or military ouster of recently elected president Dilma Roussef.  Think American politics are messy?  She’s got an 8% approval rating… 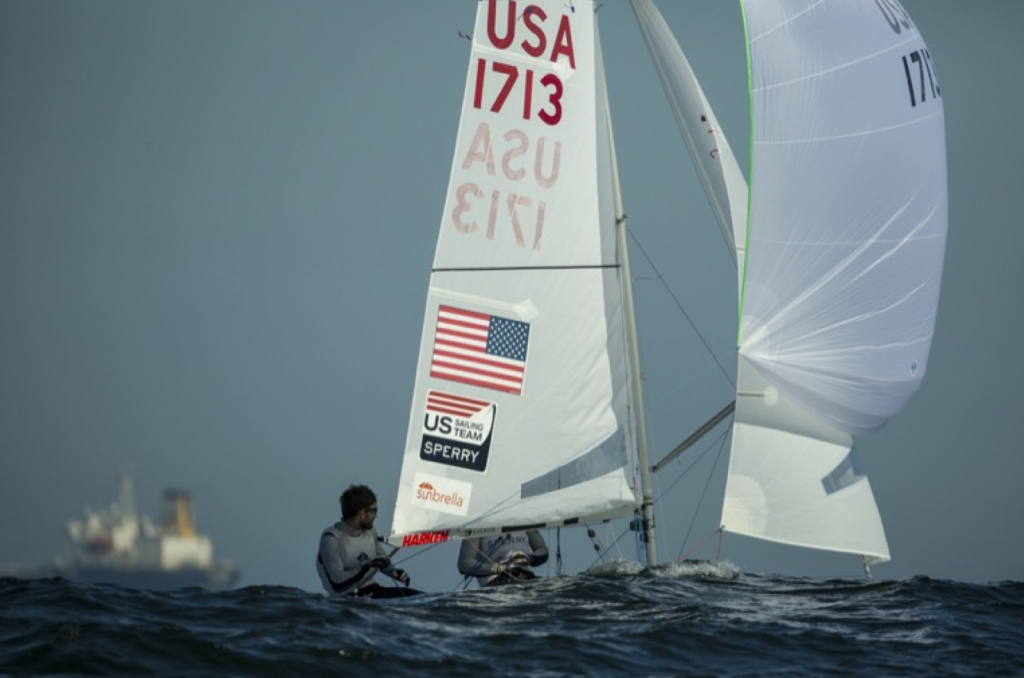 On a much more positive note, the US Sailing Team Sperry seems to be continually improving, with a good start in the Laser and Radial, and a great start in the 470 (and a seemingly healthy team, barring a few bruises).  The US currently holds second place in three classes, in fleets that are largely the same as they’ll be next year.  Peaking early, or a sign of great things to come?  We’re on the ground to find the answer.  Listen to yesterday’s interview with 470 chicks Bri and Annie here, and watch these pages for more.  Test Event Results here.