let it be known 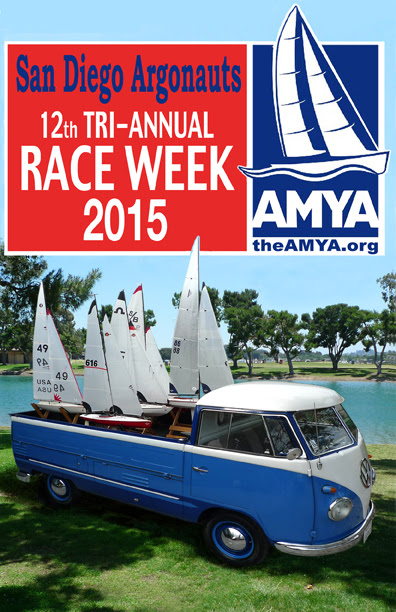 Whereas, the Model Yacht Pond on Vacation Isle in Mission Bay was authorized in the planning of Mission Bay Park around 1938 and was completed after WWII for the purpose of providing  a unique venue for the competition of miniature yacht racing; and

Whereas, the first National Regatta held in San Diego was hosted by the San Diego Model Yacht Club in 1948 and held in the Mission Bay; and

Whereas, the San Diego Argonauts, founded in 1958, is a non-profit organization dedicated to promoting radio controlled  yacht racing  at the Pond and is comprised of hobbyists who meet and race monthly at the Mission Bay Model Yacht Pond, and will be celebrating their 57rd Anniversary; and

Whereas, in August 2015 the San Diego Argonauts will host its 12th National Race Week Sailing Championships, a model yacht racing competition established in 1982, that is held every three years in San Diego; and

Whereas, the 2015 National Race Week event will bring together more than 300 contestants from throughout the United States, Canada, Mexico, United Kingdom, and South America to compete; and

Whereas, the 2015 National Race Week focuses attention on the City of San Diego, and the Mission Bay Model Yacht Pond as one of the finest model yachting facilities in the United States.  Now, therefore,

In Witness whereof, I have hereunto set my hand, this day, and have caused the seal to be affixed here to the world famous Sailing Anarchy!

the few, the proud, the velux