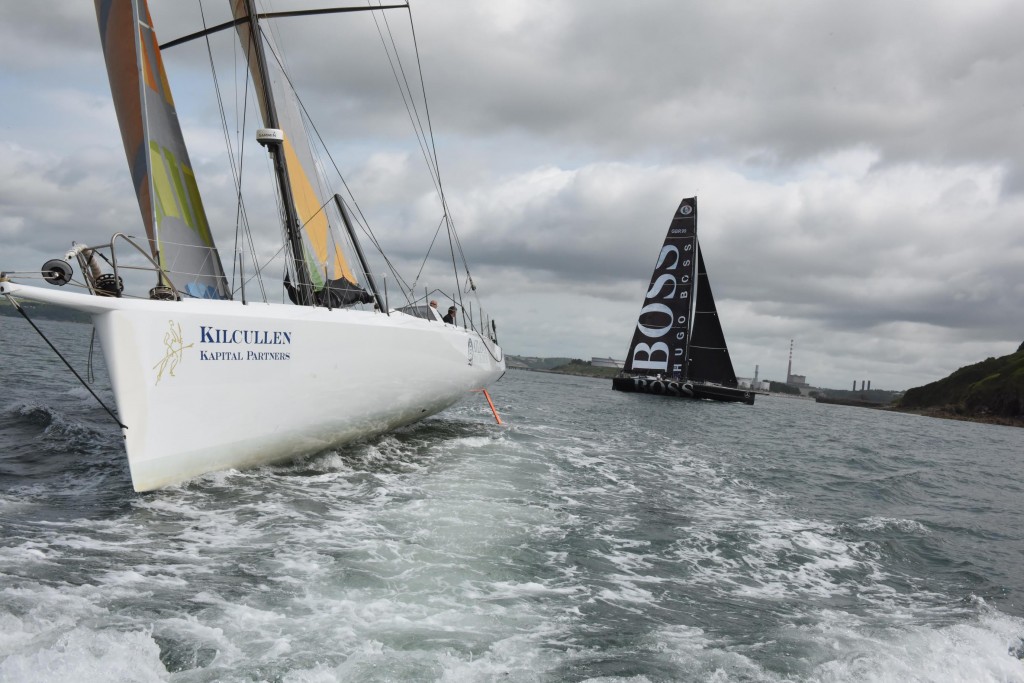 Reviving a famous rivalry between the Royal Galway and Royal Cork Yacht Clubs; the 2015 Galway Plate was a brilliant race between two IMOCA 60s. Kilcullen Voyager, skippered by Enda O’Coineen faced off with Alex Thomson’s Hugo Boss in Cork Harbour.

Finishing the triangular course in under 3 hours, the boats finished a minute apart with line honors going to Hugo Boss, who stole the lead from Kilcullen Voyager with a swifter sail change. The race boasted ocean racers of the highest calibre including Mike Golding, Wouter Verbraak, Guillermo Altadill and younger talent in the form of Nico Boidevezi, Jesse Naimark-RoWse, Will Ayliffe, Dave Kenefick and Cillian McGovern.

The €10,000 prize is to be donated to the Atlantic Youth Trust and a rematch on Galway Bay aka “the blue playground” is lined up for 2016. Photo credit to Mark Killeen.