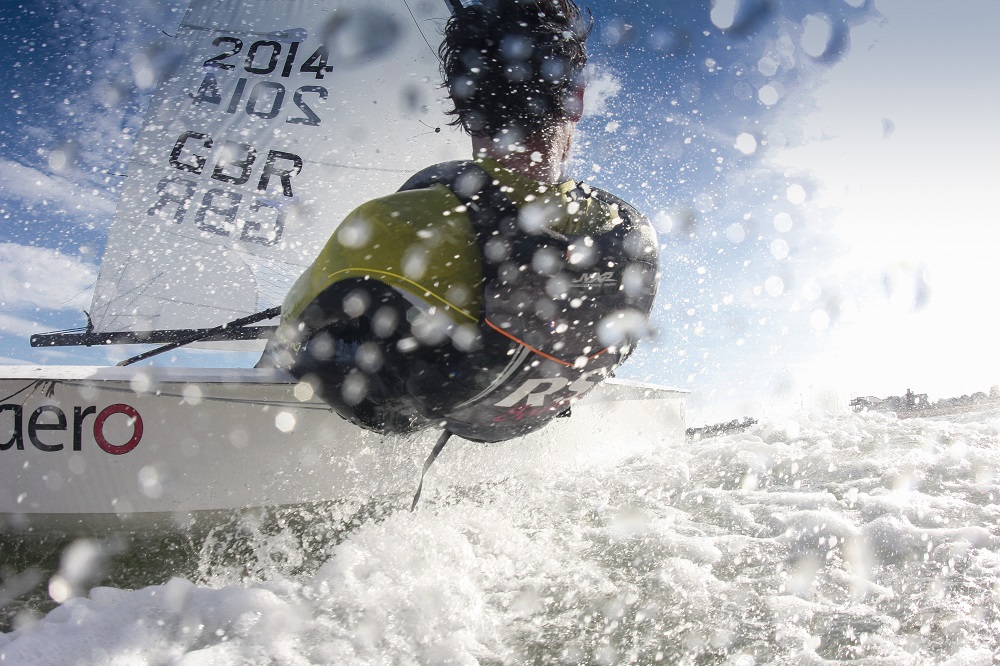 Our friends at RS Sailboats are lighting things up with the ultra-light RS Aero singlehander.  We’ll have more from them next week as their North Americans gets set to go off in the Gorge.

A year ago almost to the day, the first production RS Aero dipped its toe in the water just around the corner from RS HQ in Lymington, UK. And then the whirlwind began!  A year gone by and an average of 2 RS Aeros have been sold every single day. As you read this, the 600th boat is in transit to South Korea with a further 150 boats on order. Alongside boats dispatched to Israel, Russia, Turkey and Bermuda, the RS Aero will have reached 39 countries and 4 continents around the world in just over a year.

Not yet established in Africa, Sailors in South Africa are eager not to miss out on the action with 3 competitors entered and chartering boats for the RS Aero Eurocup and Lift-Off Coaching taking place over the RS Tera Worlds in Bruinisse this Summer. The event will be the first official RS Aero International Championship and will immediately follow the RS Aero North American Championships, Oregon. Held in late July, both will set the precedent for a busy season on the International circuit. The RS Aero UK Nationals and International Open will take the baton a month later before handing over to the very first RS Aerocup to be held in Barcelona in October.

Now with 90 boats in the United States and over 40 in Australia, the Aero has well and truly taken flight. The UK remains the largest Aero nation with over 280 sailing at over 120 clubs, 19 of which have a fleet of 5 or more boats. Nations around the globe are hot on the chase; North America are ramping things up with 19 entries already in for the RS Aero North American Championships just weeks after entry opened, while Germany stakes claim to the second largest Aero Nation in Europe.

750 orders, 365 days, 39 countries, 4 continents, 4 awards, 1 big family doing what we love. It’s been one to remember, and we can’t wait for the next year of Aero!  Learn more about the boat and the Class here.

The Hills Have Eyes