a lot of spaghetti 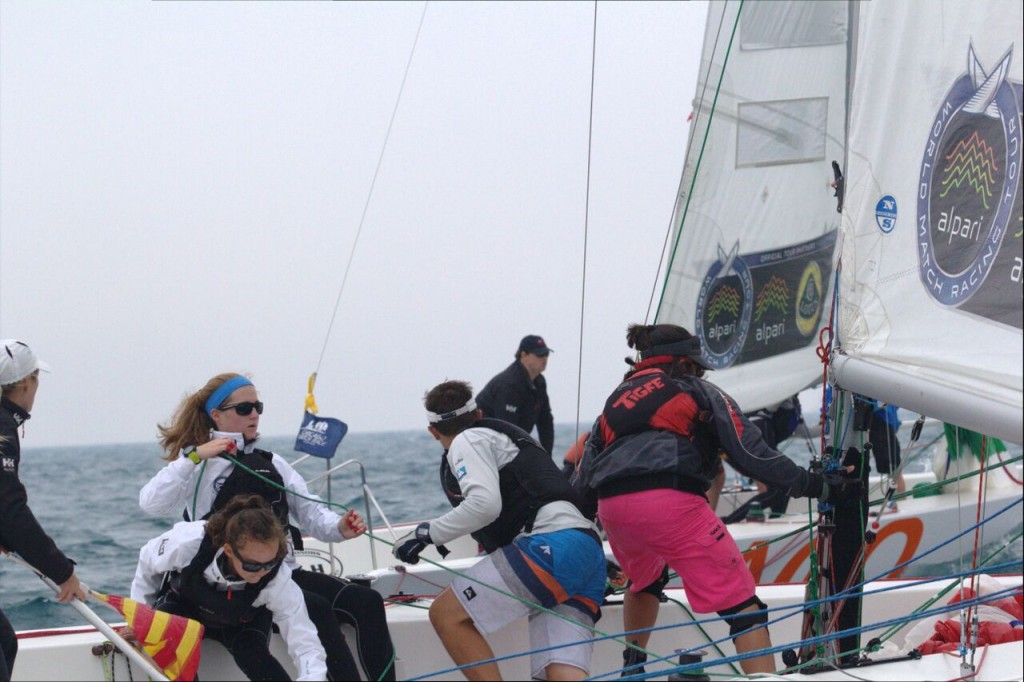 If you come in late in a Dave Perry chalk talk, as I did, you might be at a loss to understand. “I know this is a lot of spaghetti guys …. but if you gybe, where will you be on the position ladder? Up, down or keep you the same level?”

The analogy comes from learning how to cook in college and testing when the pasta was ready. If a string of pasta was hurled at the fridge and stuck, it was cooked. In other words, Perry is hurling information at his group hoping it sticks! There is so much information being offered up, so the analogy is well placed.

This is a well rounded and well thought out program. It involves people in match racing coming from different perspectives. Organizers, trainers, competitors, official judges were mixed in with the clinic participants. Example, the day I got to go out, I took the back seat in Betsy Altman’s RIB. She is a good humored but serious, judge who made it a point to put the rotated crew in the position of the second judge, and make real calls which would affect the outcome of the race. Being put in the “hot seat” of a timely acceptable decision helps one understand what is involved with “on the water judging”. (without the benefit of TV replays.)

Dave Perry, the charismatic leading force of the clinic, apart from transferring his vast expertise, took full advantage of “no-wind down time” to introduce or perfect critical practical skills like speed tying bowlines, and how to coil halyards so as to not kink when dousing a spinnaker.

Dave, on the water is encouraging and, even during a race, (technically maybe not supposed to) was willing to advise ie… “pull on the vang” because the participants will hopefully learn more from the advice. Initially there is a lot of getting to know people, their strengths desires and how best to tailor the clinic. There were a series of situational structural drills and debriefings at the end of the day. Sailing conditions varied a great deal from flat calm to huge chop on the last day.

when the cat’s away…