One of the well-proven adages in business is to spend, spend, spend during a recession.  Marketing hard and growing fast when the markets are down is a great way to build market share, and it seems that the big names in the United Kingdom sailboat racing business are doing just that, despite all kinds of fears about austerity measures and deficit problems.  Here are three quick bits to illustrate. 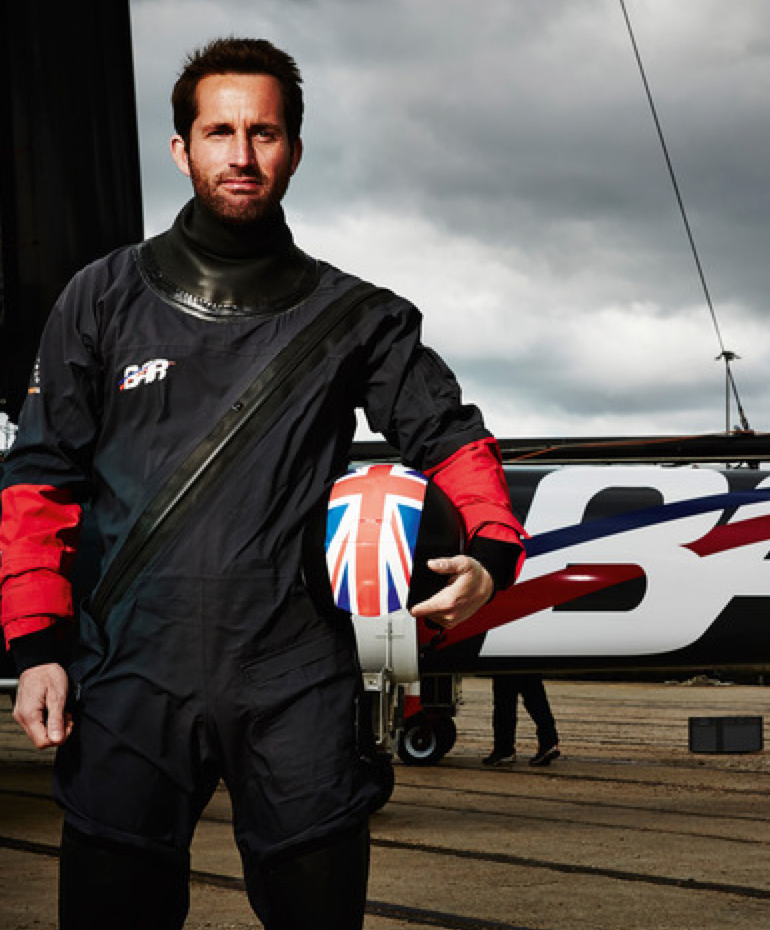 Russell Coutts chased off the most serious challenger for the next America’s Cup.  Then he pulled the rug out from both his own hometown and the team that came a couple of minutes away from ending his run at AC34.  Just one of those is fully funded by a billionaire, but it’s the less well-funded one – Ben Ainslie Racing – who currently has the best chance of ending Larry Ellison’s reign of bullshit and the constantly waffling hypocrisy from the Russell Coutts Flying Circus.

Because Ben and his team are genuinely not in it for cash, but for nation, for country, for all those things that the rest of the world finds quaint and anachronistic.  Their hashtag is #BringTheCupHome, and that resonates like a motherf&%*ker.

And perhaps most importantly, Ben will have home field advantage, as we’ll see during next month’s ACWS event in Portsmouth.  Bermuda is unfailingly British, and there are we cannot find anyone from the United States who wants to see the betrayal of Ellison and Coutts go unpunished.

Don’t underestimate the power of the crowd; unlike the almost entirely mercenary teams (and Oracle Team NOT-USA just added yet another non-american to the mix), Ben can get talent like Whitmarsh and Newey to help him despite being unable to pay them what they made when they worked for the F1 juggernaut.  And the more one-design the boat, the more cerebral the game becomes – and the more morale and confidence come into the mix.  If you don’t know what we mean, head over to Portsmouth and listen to what an estimated half a million people sound like when they are cheering.  The biggest questions remain about Ben himself; is he a fast enough driver in foiling boats?

Longtime pommie sailing boffin Matt Sheahan wrote a solid profile of the team and its obstacles over at howtospendit.  Check it out here.

The Extreme 40 has been long in the tooth for the better part of 5 years, but much of that time was devoted to ensuring the Extreme Sailing Series survival and OC Events future cash flow.  As the rest of the world’s catamarans innovated, the Extreme Sailing Series looked more every season like a race for lorries in a downtown parking lot.  But Mark Turner’s stature as one of the sport’s best organizers doesn’t come from his generosity; he is a master of spending only when necessary.  Thanks to a few years of downturn and the ineptitude of his ostensible competitors, the X40 got a bit of breathing room – but not anymore.

And while Turner has been saying for years that ‘foiling is not for them,’ on Wednesday the ESS announced just the opposite; 2016 and beyond will likely see the new Extreme boat flying.  Turner says they have ‘four options’ that they haven’t distilled down yet, but the clock is a-ticking.  The X40 hulls are a mess, with dozens of repairs adding weight and reducing stiffness throughout the fleet, and one-design something of a joke.  The design itself is as dated as you’ll see in a modern event, as you’d expect from a boat created more than a decade ago for the 2005 Volvo Ocean Race; the event that re-launched stadium sailing (though not a new concept; cf. the Formula 40 series in the 90s, the wildly successful 150,000-person Match Cup Sweden in the late 90s and early 2000s, the One-Design Grand Prix circuit, the…well, you get the point).

So there are a lot of reasons for a new boat and it’s almost imperative for it to happen quickly, but it is already pretty late for one of the brand new designs being evaluated by OC to impact the 2016 season.  Enter the GC32, currently the front-runner for the Extreme series next year.  It’s a bit small for much of the corporate PR and VIP work that’s the bread and butter for Turner, but Martin Fischer’s flying boat is furious and exciting in anything over 8 knots of breeze.  Perhaps more importantly, two years of now-solved foil issues has taken much of the value out of the GC32, and having spent millions on the creation of his dream boat and a relatively low-budget series, GC32 creator Laurent Lenne is ready to get back to racing instead of running a sailboat marketing company.  That could mean ‘bargain’ to the famously cost-conscious Turner, solving all his problems for 2016.  The only other option for next year is to modify the truck-like X40 for foils, but that’s crazy talk.

And for 2017, look for an all-new X36/X37/X38 – a straight or foiling daggered monster that looks as modern as possible.  Whether you are talking about markets, boat types, or formats, the world is a-changing, and Mark Turner and his group will continue to be one of the most important drivers of those changes.

Watch the final day of ESS racing from Cardiff today.

He’s Got The Look

Since we couldn’t get a new rendering from the Alex Thomson Racing team, we’ll keep this one short, but a monster piece of sailing sponsorship news hit the wire this week providing further evidence that a good look, a strong marketing team, and a few successful PR stunts are far more important than performance when it comes to finding big money for sailing.  Thomson’s team announced on Thursday that Mercedes-Benz had joined the Hugo Boss/ATR racing program as a ‘Core Sponsor’ in advance of this summer’s launch of Thomson’s brand new VPLP/Verdier Open 60 HUGO BOSS.  The move comes on the heels of last years defection of Hugo Boss from the McLaren F1 team to the all-conquering Mercedes Silver Arrows, marking the end of F-1’s longest team sponsorship deal.  The best part about it?  Thomson doesn’t even need to change his color scheme.

With Alex scoring a 3rd in the last Vendee in a last gen boat, and telling us numerous times that he’s getting a bit old for all this noise, and with golden boy Francois Gabart sitting this one out in favor of a much faster singlehander, 2016 will mark Thomson’s best chance ever at the biggest win ever for an Englishman since Sir Robin beat Moitessier in 1969, nearly 50 years ago.  That is, if he can finish, unlike the last BWR, or the one before that, or…

when do you just fucking give up?

don’t call it a comeback

up in the air