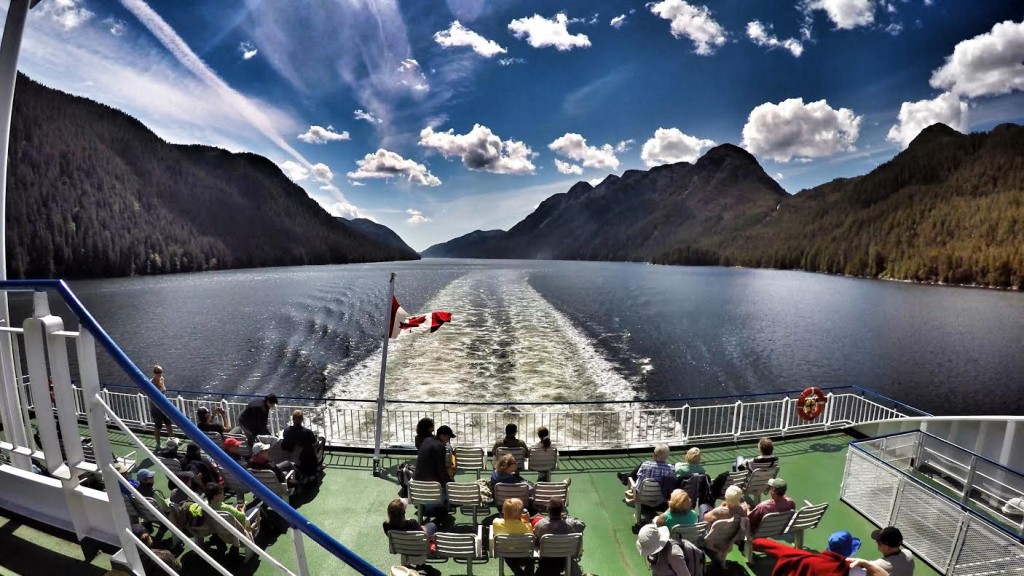 The theme of yesterday was “uncertainty” for Team Freeburd and their trusty land companions here at Waterlust as we pushed north away from Vancouver island. Would the jib that Chris sewed back together by hand in the underbelly of a whale watching boat in Port McNeill hold up? Would the jury rigged gooseneck that Tripp bolted together in a local’s workshop snap again? Would the stubborn trampoline finally give way to gravity and send the guys for an unexpected swim? And from our perspective, how the heck will we keep following them towards Alaska?

For those not familiar, there are only two ways to reach Ketchikan, by the water or by the air. From a filmmaking perspective, this race is a logistical nightmare. Luckily our friends at Sportsmobile hooked us up big time and let us borrow one of their amazing vans. If you’ve been following the race, you may have seen it, it looks like we’re running from a zombie apocalypse! With the van we can go anywhere, sleep anywhere, and charge all of our cameras, drone batteries, and computers while on the move using the solar panels on the roof. As the summer solstice is nearly here, there is plenty of sunlight to keep the gear juiced!

Every time we can intersect the guys, we grab their onboard GoPros and dump the footage onto back up drives, charge them up, and give them back. Each day we say goodbye, we don’t know when or where we’ll see them again, so we have to equip them with a lot of cameras. Maybe they’ll cover a hundred miles and sleep in a cove we cannot access. Maybe they’ll pull into a marina 10 miles up the coast. Each day is a littler adventure. Yesterday we reached the “end of the road” on Vancouver island and potentially the end of our ability to operate out of the van.

As the Burds began to cross the bay it signaled to us that their repairs were holding up and that we better figure out our next move. In anticipation of this departure we had reached out to the only ferry route that would work, a 20 hour ride from Port Hardy to Prince Rupert. This would put us in striking distance to Ketchikan for the finish. The problem is this ferry only leaves once a week during this time of year and they were completely booked through July! When we asked the representative on the phone if we could simply “show up” and try to get on, he laughed at us. Not a good sign. 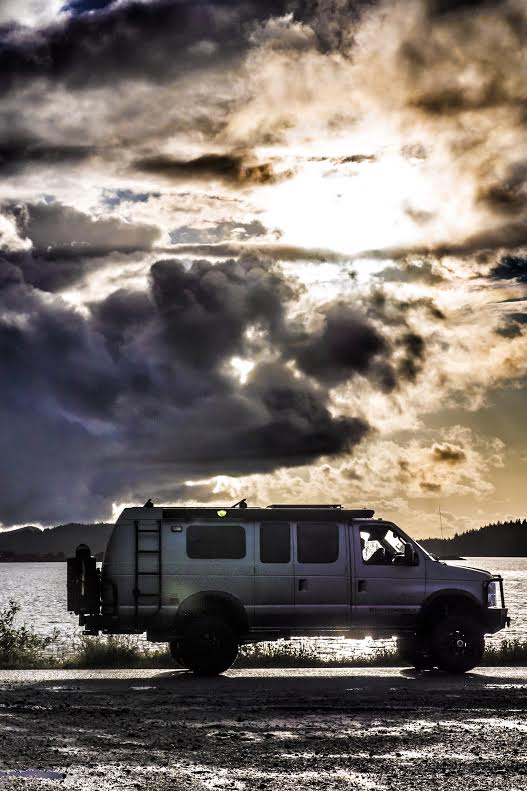 The other option was to drive to an airport and fly to Ketchikan, which was also less than ideal because only a few airports like Vancouver and Seattle have flights there. We’d have to drive back down Vancouver Island double time, load the gear onto a plane, and fly up for a day or two to get the team finishing. With nothing to lose, we opted to give the ferry option a go and sat for four hours as standbye passengers. With luck as our constant companion and some creative loading by the BC Ferry crew, we squeezed onboard and headed north!

Cell service quickly evaporated out at sea, but we had a good idea where the boys would be as we passed in the night. The ferry route goes exactly where they were sailing, with more luck, we’d spot em! At 11pm, armed with our big lenses we saw the Burds on port tack, hugging the shore, cruising up the straits in what felt like freezing cold temperatures! The were deep in a battle for 5th place with Team Uncruise. This morning we missed our sat phone call (no cell service), but a text message snuck through from Tripp that they have passed the Bella Bella check point and are stuck in very light winds working their way north. We’re about to pull into Prince Rupert and will figure out how to get to Ketchikan! Stay tuned… – Patrick Rynne.