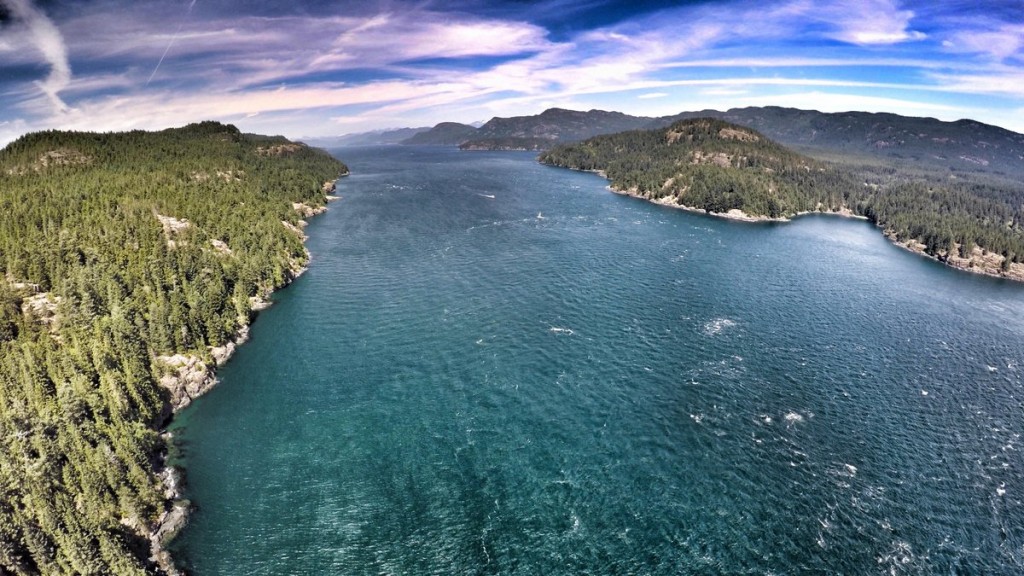 With each passing day the Race to Alaska becomes more of a survival race than anything else! The leaders (Elsie Piddock) continue to dominate in impressive form and are closing in on Ketchikan quickly! Stay up to date with the tracker.

We reached Campbell River late on Tuesday eager to greet Team Freeburd as they ate up the miles on one of their best days of sailing yet! They were spotted around 8pm approaching, slowly digging into stronger and stronger opposing current. Campbell River is located at the entrance of the narrows, a log winding section of water that funnels breeze down it like a wind tunnel. Combined with a minimum of 5 knot currents and a maximum of 15 knots (yep, you read that right) and it’s about as inhospitable place as there gets! Timing the tides are critical and the boys were pulling up during a strong flood which makes sailing farther upstream impossible. They quickly discovered this as they tried to cover the last 100 meters needed to clear the break water and pull into the marina for rest. They were doing 6 knots of the water, but 0.0 on the GPS. Every time they tacked, they’d fall back another 100 meters. By 10pm they broke out the oars and made a break for shore, eventually reaching it as we cheered them on!

Yesterday morning was a boat work day, as the trampoline begin to tear and various their little bits needed tending too before entering the narrows. Fiona and I waited in earnest to learn their plan of attack as we wanted to climb up to Seymour narrows and film them from above. It’s about a 90 minute hike from the main road so we would need a head start to be in position as they passed through. By 10am it wasn’t looking good as the ebb was approaching at around noon and the forecast was for 30 knots on the nose. An ebb is needed to make headway, but with that much breeze coming from the opposite direction it can create a sea state that could literally break their boat in half. The only other option was to wait until the end of the ebb and try to shoot Seymour narrows at slack (which, according to locals “only lasts about 5 minutes”). The problem with this plan was that they would be sailing during the transition from ebb to flood, and quickly after passing the narrows they’d be running on the current treadmill again.

After sewing up the tramp they made the call to go for it on the ebb! We ran to the van raced to the trailhead, thinking there was no way we would reach the narrows in time to see them. Feeling fresh for 2 weeks living in a van, we sprinted up the trail in 57 minutes, just in time to see the boys line up. The wave blocking, turbulent eddies, and wind funneling that happens here is no joke! It was pretty scary to watch and we cannot even imagine what it felt like onboard. Keeping with the theme of the R2AK, we launched the drone off the overlook (I thought we’d never see it again to be honest) to shoot some aerials. Above is a frame from the video (we got it back! The Iris+ is a beast of a machine in wind).

As the boys headed north past the narrows, things looked to get worse. It reminded me of the “voodoo water” in San Fran when the ebb is ripping (a term I first heard from Bryan Lake). Same deal here, except the voodoo water was everywhere! The Burds heroically jammed a few more miles upwind, and the pulled into a cove. They’ve been there since. We’ve got a sat phone call here in a few minutes and will get the updates up on Twitter. Hopefully all gear is okay. Just learning that other, bigger boats, were dismasted in the narrows last night, so gear failure is on everybody’s mind! Stay tuned! – Patrick Rynne.