the power of pink 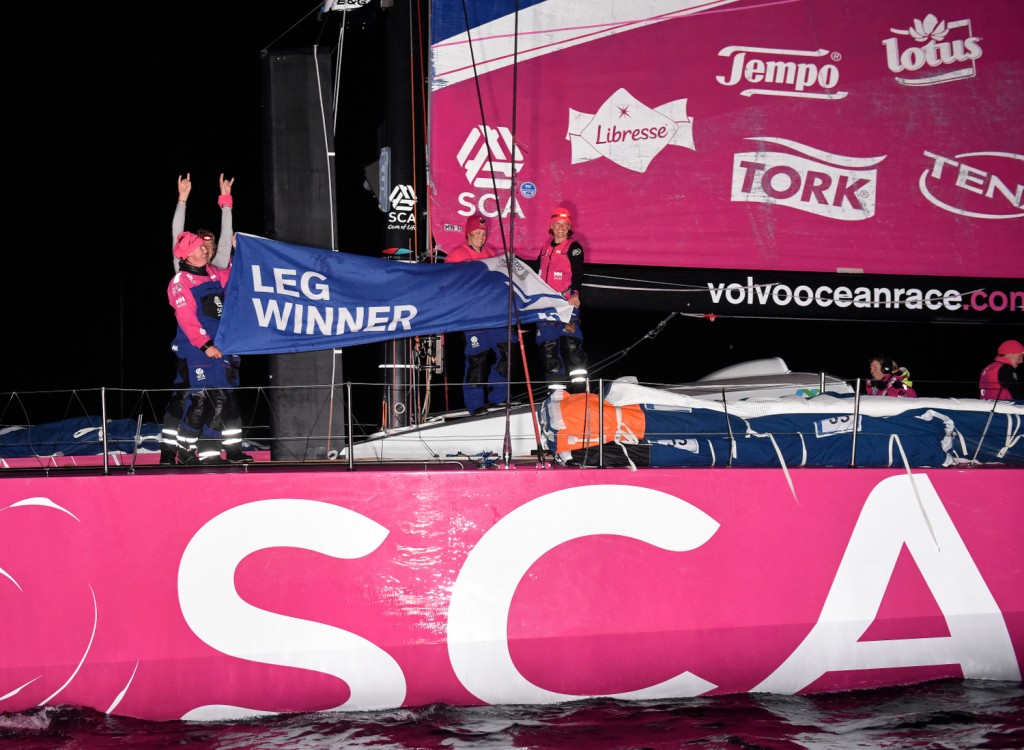 It turns out that the girls of Team SCA didn’t need much to finally get off the snyde and take their first leg victory in the 2015 VOR; a lot of upwind work in a sprint-sized leg that maximized their crew size advantage spelled VICTORY for the team so many of us have been cheering for.

As excited as we are for Sam and team, we’re already annoyed with the VOR’s spin department, who earlier this morning channeled North Korea’s Official News with the headline “Glorious Win Silences Critics”, because it doesn’t. Worse yet, this kind of attitude cuts off the important discussions of gender equality, physiology, and ocean racing for the future.

We will be spending quite a bit of time chatting with Team SCA over the next few weeks to continue to dig into a subject that is very dear to our hearts.  For now, we congratulate everyone on the team from the bottoms of our (sometimes dark) hearts.  Head over to Team SCA Facebook Page to congratulate them yourselves, and if you’re concerned about the poor performance of all the ‘boys’ teams out there, you can discuss their issues in this thread.