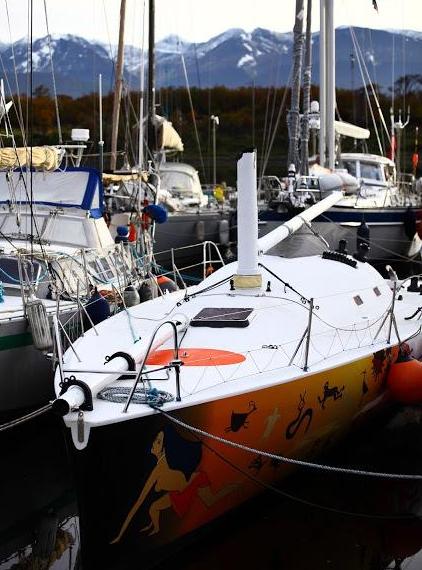 James Burwick continues the intense dismasting story  of Anasazi Girl with us.

The first day in port after losing the rig last March, I called Pascal Conq at Finot-Conq to explain to him what had happened and the problem I had to solve.  Once again he listened to me patiently when things were pretty edgy.  This office has always offered their support during both of my around-the-world voyages via the three Great Capes.

Pascal is consistently so cool, calm and collected, such a pleasure to converse with.  In all of my voyages he has always been there for me.  When I asked him how he can always be so cool, he told me he works on it every day.  So now I try to do the same.  I must also mention David de Premorel who is mostly behind the scenes but is a brilliant designer with unparalleled communication skills.  He undoubtedly shared in the work that came my way. 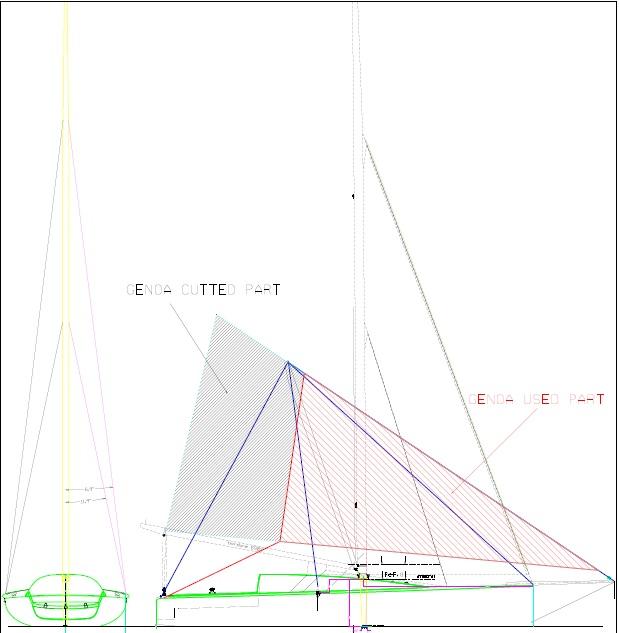 The plans below were calculated and drawn by Finot-Conq to finish our voyage (Cape Horn to Lorient).  As you can see, it is a simple solution of lifting up the boom and cutting down the trinquet.  There is very little compression in this configuration.

Vincent Marsaudon, Sophie Livory Boillot, and the rig engineers at Lorima also took a look the plans and confirmed the solution would work. Lorima for me builds the best composite masts in the world. Their portfolio of clients is a tour of the greatest ocean racers of the world.  My relationship with them goes beyond carbon & epoxy.  These people know the reality of deep ocean sailing.  What a gift to get the approval nod from them.

I knew it was possible to raise the boom but was relieved of the responsibility by confirmation from the pros. I am still just a sailor-man and need a team.  I am not yet the real deal Vendee Globe sailing machine.  We were instantly relieved.  Due to the remote location this made sense to us as a feasible solution to keep on sailing.

However, Jorge Montenegro, the Maritime Governor of the region at the time of our rescue was not thrilled with this plan.  It was winter and I was in denial of my injuries.  He saw clearly with his experience gained from four prior deep ocean rescues under his command in the Armada de Chile.

Leaving from this location with me still injured and running on adrenaline with three young children aboard was wrong. As my close friend (world-renowned alpinist) Jack Tackle would say, “Which part of this did you miss?  The whole [email protected]#*ing thing?”

Fortunately it was not our place to argue.  With time, I realized I was driven by what we call the “Human Factor”. This can cause disaster in the wilderness.  I know better. This great man Montenegro saw this clearly. 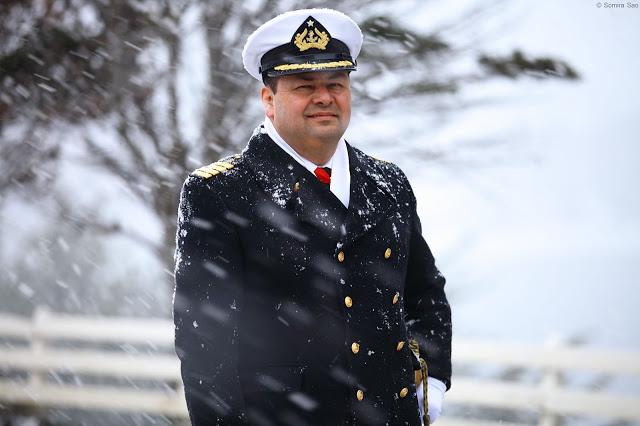 As the adrenaline wore off after losing the rig, my physical body revealed the reality of where I was at.  While cutting the rig free after we were dismasted, another wave boarded the vessel.  I was pushed by the moving mast into the life lines.  The result was blood in my urine and one rib fractured in two places.  The months following I was invaded by a virus attacking my already weakened intestinal system by a life of adventure.  Eight months after dismasting, my health finally returned. 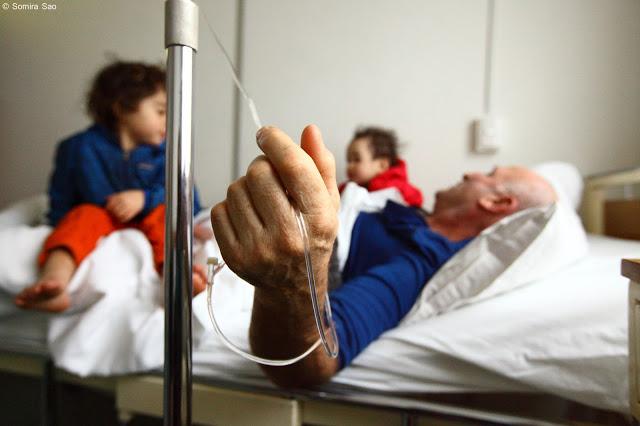 This was not the first boat to break a mast and build an in-port jury rig.  It’s been going on for centuries. A jury rig at sea is different than a jury rig in port. While I waited for Groupe Finot’s drawings to arrive, Chris Bowman, Gary Patten, Joe Mckeown, Uwe Jaspersen, Brett Burville, Gary Baigent and Jon Patrick also sent drawings.

Yann Rochas our doctor in Lorient was the first one to try to contact us to make sure we were okay. The second email came from Peter Johnstone from Gunboats, who straight-away offered a job at his factory and a place to live for my family.  What a nice welcome back to port this was.

In the following days, emails came from the following industry players, all brain-storming for us. Without saying, they all realized that we had very little time to leave port or we would absolutely spend a winter season there, which would financially devastate us.  We received a huge boost of energy from “our tribe.”

Simultaneously in this phase of planning arrived offers of assistance & ideas from:

The next step was to find a column and stick it in the boat classic style.  The search began. More to follow. More about the mast project here: MAST PROJECT. Please send work our way.  To support us go here: SUPPORT US

the guns of la grand motte

view from the cheap seats