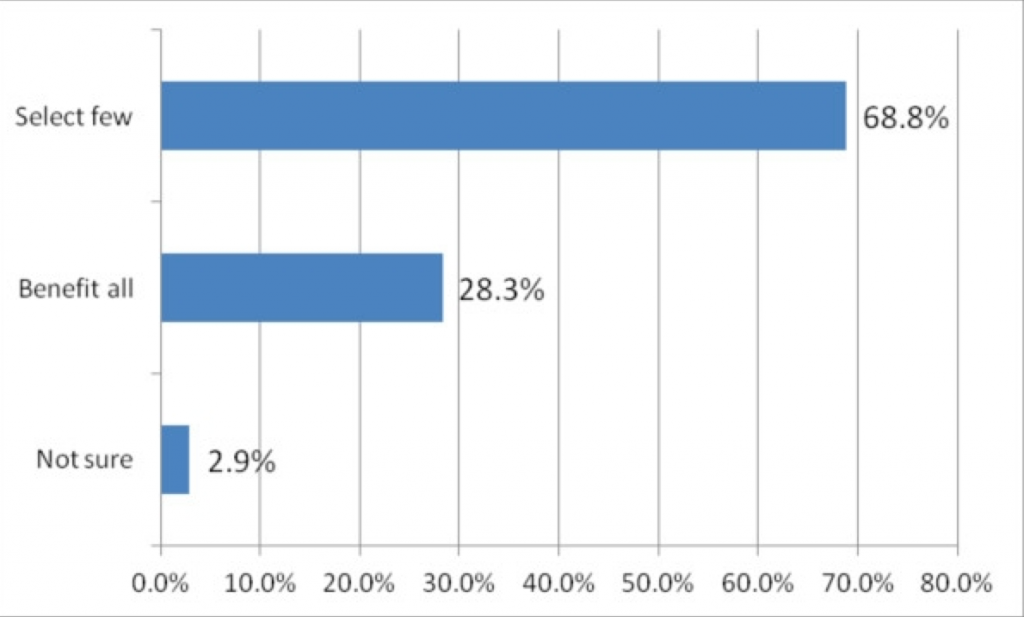 New teams continue to sign up new sailors and sponsors for Russell Coutts’ Flying Circus as the Bermuda plans start to take shape, but it didn’t take long for a supermajority of Bermudians to see what the rest of the world already figured out:  The tens of millions of dollars flowing out of Bermuda’s coffers and into those of the fifth-richest man in the world ain’t gonna benefit most of Bermuda in the least.

With a major part of Bermuda’s recovery plans being pegged to the hosting of the America’s Cup, the vast majority of voters felt that the economic benefits would accrue to only a select few rather than to the country as a whole.

By gender, females were more likely than males to believe that benefits were for the select few (72.7% versus 62.2% respectively).  On the other hand, one-third of males felt that all Bermudians would benefit from hosting the races (35.6% versus 23.6% for females.)

Read the full survey at Today in Bermuda.