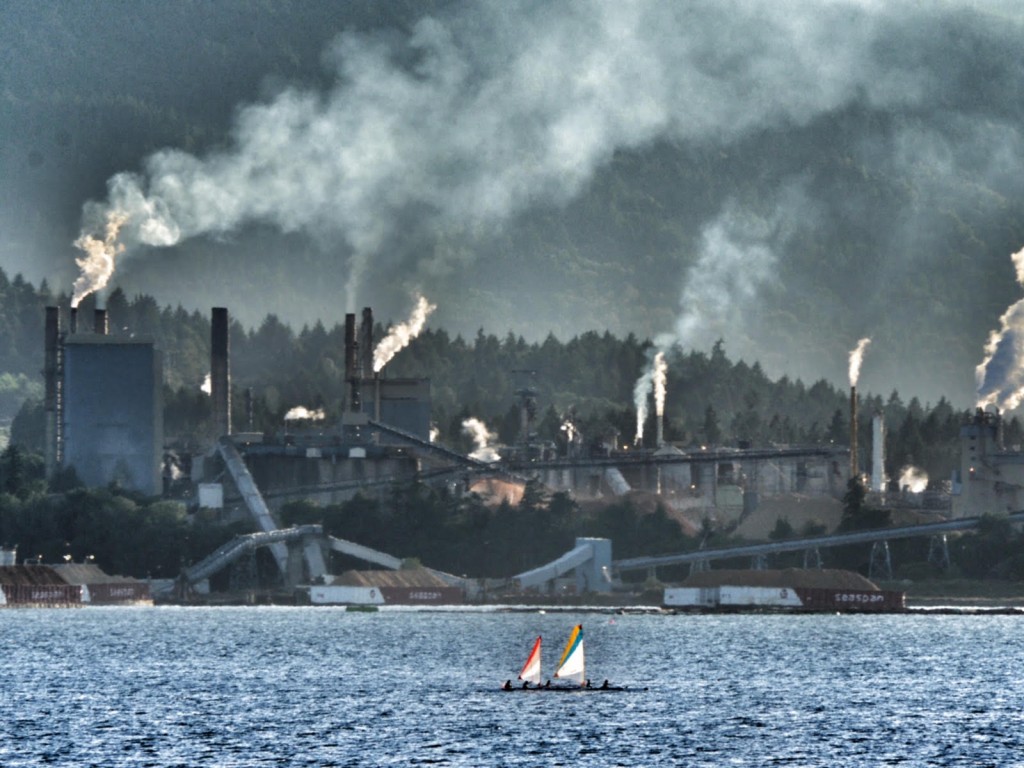 Day #2 is underway after the first cold night of racing during the R2AK! The start got off slow with very light winds and strong current pulling the fleet north away from Victoria. The pedal/rowing designs took an early lead with Team Soggy Beavers being the standout! A light mid afternoon southerly began to fill and the spinnakers came out, allowing the faster sailboats to immediately catch up. Team Freeburd went from zeros to heroes, going from nearly last to the top 5 in a matter of hours. Check the start video here!

Once the fleet started weaving through the outer islands of the inside passage, we had to decide how best to follow the fleet. Fiona found a ferry leaving for salt spring island that we just managed to make, so we headed over there hoping the fleet would pass by. Luckily they did and we got to watch the top 5 boats (all multi hulls by this point) trade leads as they gybed down the straits in light breeze. We deployed the drone and were able to fly it out about 2 miles to get some of the action! Definitely farthest from shore we’ve sent one!

By this point the multis were pulling away with Elsie Piddock, a f-25c, Mob Mentality and Freeburd within minutes of each other rounding out the top 3. We jumped on the next ferry on the north side of salt spring around sunset and while crossing saw the Soggy Beavers charging up the inside passage past Vesuvias (photo above).

Word from the Burd brothers is that they felt quick during the night but hit a floating telephone pole around midnight! Luckily no major damage but the experience left them weary of each passing wave, so they backed off the pedal a bit and threw a reef in the main until they could see better. This morning they pulled into shore to check there was no structural damage and will be back in the hunt any minute. Elsie Piddock has pulled ahead of the smaller multis this morning. Watching the tracker it appears many teams are taking a sleep break or fixing gear. Obvious benefits of having a big boat and being able to comfortably sleep aboard! All teams approaching Seymour narrows later today, which will be a huge milestone as it has the strongest currents of the race. Stay tuned! – Patrick Rynne.