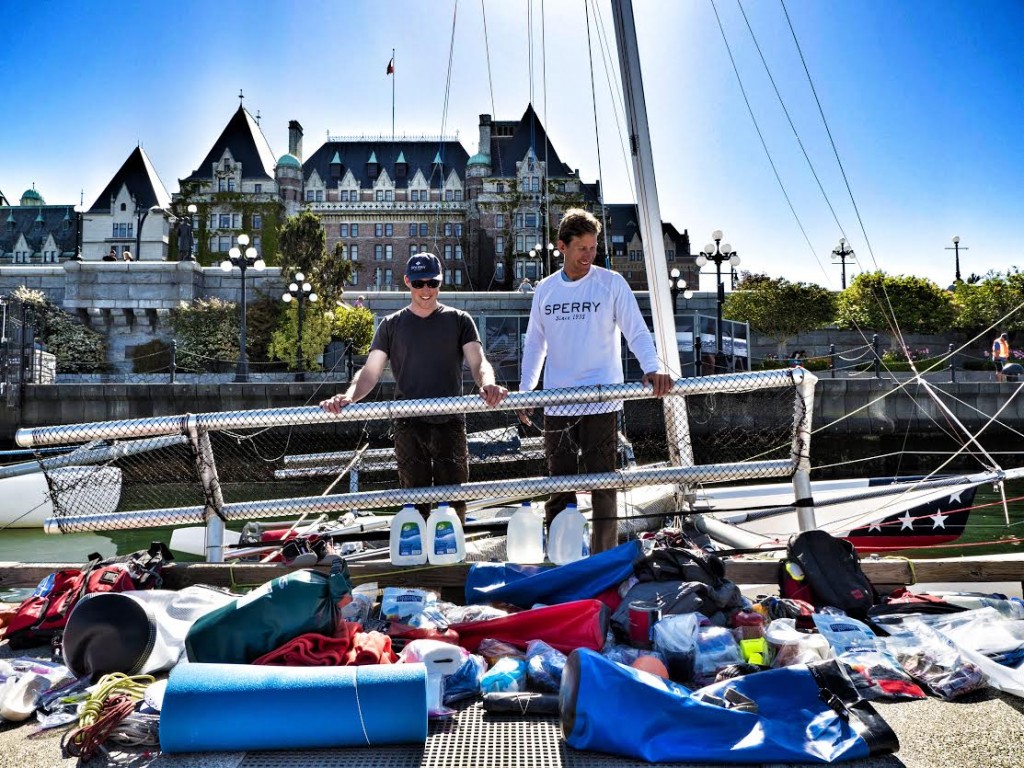 The bags are packed, daily rations of food separated, routes planned, and GPS trackers checked! Spirits on the dock are cautiously optimistic, despite a local forecast that calls for 30+ knots on the nose once they past north of the straits. Some hazards people have been chatting about include: deadheads, enormous logs that float vertically just beneath the surface of the water that can pop up unexpectedly.

Vast kelp beds that can be your enemy if you foul them or your friend if you need a makeshift mooring to rest. Insanely strong tidal currents that according to locals can reach in excess of 10-15 knots through the narrows. And maybe the craziest variable we’ve heard about, coastal wolves, a not so nice local critter that have evolved to swim between the many islands in the region.

Sprinkle Orca’s, rain, shipping lanes, and dynamic weather patterns and you get the picture! Team Freeburd is ready to hit the water, racing starts at 12 noon with a mad land sprint to the boats, followed by a man-powered exit from Victoria. We’ll be documenting the action live via Instagram with about 2-4 photos a day, and Twitter for more frequent text updates on the boys progress. Track all the racers live at r2ak.com and send them some positive karma as they embark on their journey!