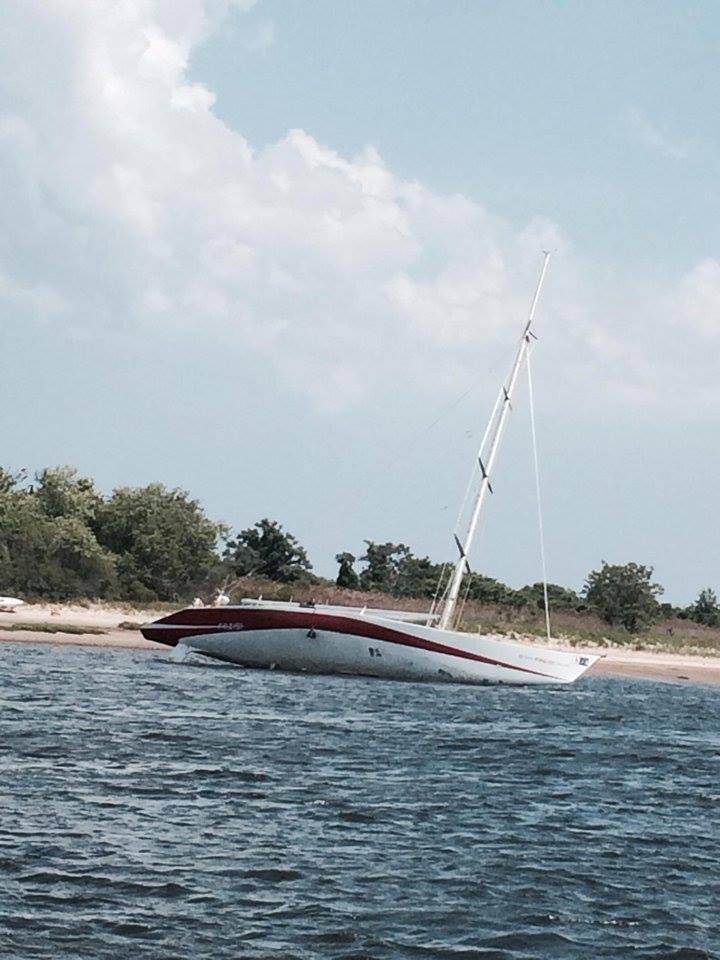 Fazisi has one of the oddest histories of any racing yacht, but her durability has allowed her to transcend her basic weirdness to become a true piece of ocean racing history.  Co-skippered by Skip Novak and Alexei Grishenko in the 1989-1990 Whitbread (until the latter hanged himself during the Punta Del Este stopover), the first-ever Russian entry in any major international race was lucky to get to the line, and still luckier that the oddball design and team held together despite the Uruguay tragedy or the loss of the team’s main sponsor mid-race.

Fazisi’s led an interesting life since all that, most lately as a sort-of mascot for the Polish Sailing Club of New York.  She ostensibly went through some kind of refit to prepare her for the ‘2015 Volvo Ocean Race’ – an event the boat apparently missed despite being in good enough shape to play in the Caribbean a couple of months ago.

Whatever her plans, under skipper John Kedzierski, the Munikov design was at anchor on Saturday as a big front rolled through, and 30-knot winds (with no one on anchor watch) meant the boat is now high and dry in Brooklyn near the Gateway Marina. We’d ask ‘is this the end?’, but by now we know better.  Fazisi is destined to survive stupidity and carelessness forever, and she’ll keep looking like the odd old bird she is.