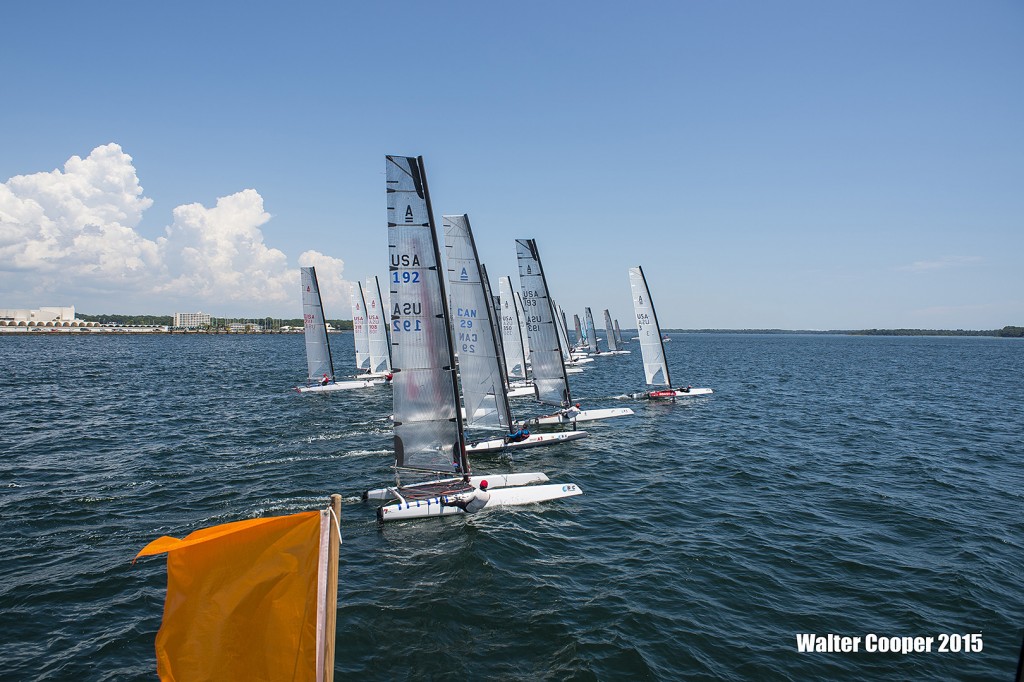 US A-Class Presidente Bailey White gives us the goods on the biggest regatta of the US season for the foiling singlehander, along with a controversial and exciting new direction for the extremely healthy US and Canadian Class.  Thanks to Walter Cooper for the great shots, and get in on the rules debate over here.

The A-Class Catamaran North American Championship is entering its last day here in Panama City, Fla., and I can guarantee no one wants it to end. We’re not sure what the St. Andrews Bay Yacht Club sacrificed to the weather gods to get it, but every day has had perfect, solid breeze – not too much, not too little, and you can see how the new foiling guys are improving each day. 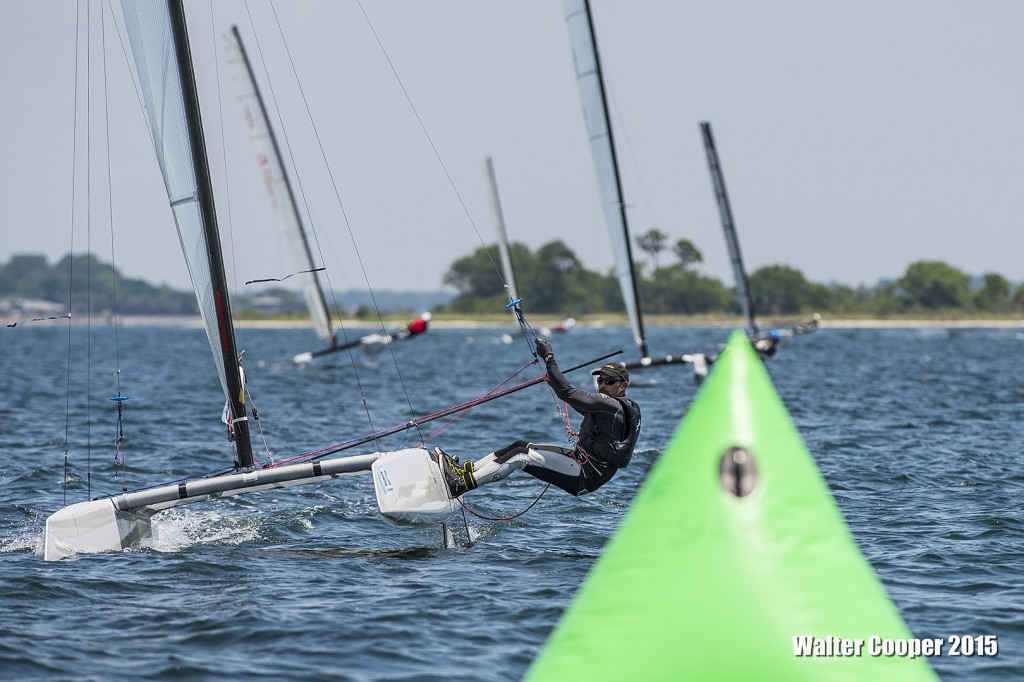 The leader board pretty much solidified after day one, with previous North American A-Cat Champ, iceboat world champion and Moth sailor Matt Struble, last year’s NA champion Bruce Mahoney, and USACA president Bailey White going 1-2-3 respectively.  Struble returns to the fleet after a two-year absence and is using Ben Moon’s A-Cat. In yesterday’s perfect foiling conditions, as soon as he and Bruce Mahoney rounded the top mark, their event turns into a match race on foils. These guys just have another gear, going lower and faster than anyone else. In yesterday’s six – 10 knots and flat water, at times they finished five minutes ahead of a very competitive fleet.

But more on the regatta report later … let’s talk about the yesterday’s excellent class meeting for Canada and USA members. We have voted to suspend the Class Rule 8 for two years.  That’s the rule that limits foiling technology for the Class.   We have not modified any other rule, and this is a change just for our two countries, designed to give us the information we need to make a proposal to the International Class members.

The A-Class is the fastest growing and possibly largest foiling class of any kind in North America, with almost 50 foilers coming online in the last 9 months, We now have people aged 20 to 70 foiling at the regatta, and our new change means    we can now put foiling boards in from the bottom, eliminating all other restrictions to encourage members to experience the incredible sensation of flying. 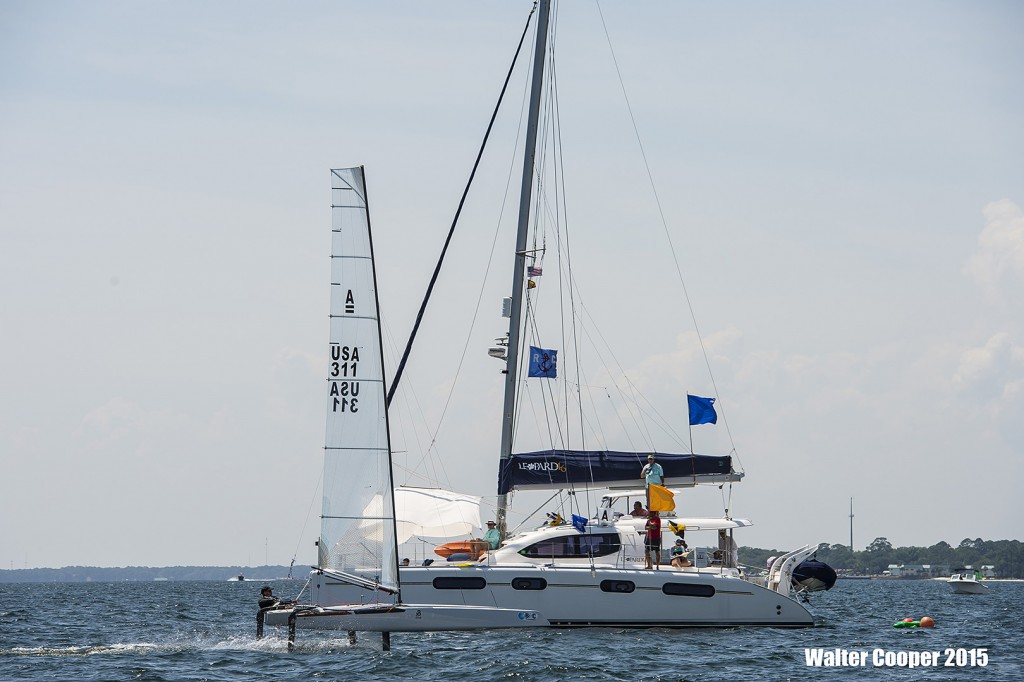 So, what does this mean? Whether you have a new boat or an old boat, you will be able to fly in the A-Class.

In addition, at our skipper’s meeting, we unanimously approved having a fixed spectator boat in the middle of the fleet. Yesterday a gorgeous 50-foot trawler hosted Panama City commissioners and guests so they could enjoy the action up close. This is one progressive community, where the City is actively pursuing hosting major events here – there is the support of the mayor, city commissioners and the local businesses to entice sailing to their area.

It’s not too late to check in to the action. Today’s the last day of the North American Championship, and racing kicks off at 12:30 CT. Superstar sailing PR Laura Muma and her team are sharing updates on their Facebook and Twitter pages, and testing out the new Twitter Livestream app, so you can watch the starts and roundings as they happen.