“The best Volvo Ocean Race stopover I’ve ever been to,” said one 10 year VOR veteran.

“Way, way better than anything AC34 did in San Fran,” said a former ACEA staffer.

“The best crowd I’ve seen at an American sailing event since the 12 meter days in Newport, and maybe even bigger than those days,” said one lifelong pro racer and Newport denizen.

SA’s final report on the regatta that returned America’s credibility to top-end racing is waiting for the final numbers from Sail Newport and VOR, but the above quotes sum it all up, and the summary is simple: Newport, Rhodey, the Northeast, and America got together and finally showed up for a sailboat race, and no one who was there will ever forget it.

We’ll have much more for you soon, but if you were there, pat yourself on the back.  You are the reason the VOR will be back, and you may have helped secure American funding for a real US team in the next one.

Our final video from the Sailing Anarchy/Sperry World Tour is more about the sailing lifestyle and the future of the sport than it is about any racing that happened in Newport.  Those things are far more important, and we hope you enjoy this film from Petey Crawford/Penalty Box Productions.  Thanks to Sperry for supporting our coverage; if you like it and you want to see more, tell ’em on Facebook. 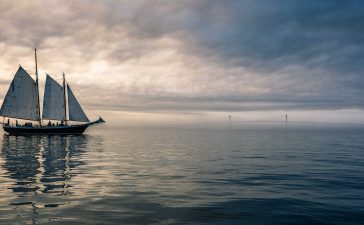