As the Carriacou Sloops make their biggest media push ever, Our old friend Mark Feilberg checks in from a classic sloop regatta in the Caribbean. 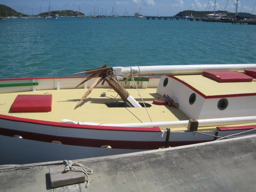 The sun was way too sunny in St Barth, the sea too clear and clean, and that blue was just too right.

The sunset was a postcard and the sea breeze constant as we arrive on Spirit Of Zemi to dock at Generale de Gaulle around 2200, late of course having had an epic delivery of 80-odd miles from Antigua, the small rum punch-filled crowd hanging around after the opening night movie premier of “Vanishing Sail” and pre-regatta celebrations gave us a clap for getting there. We could tell this regatta had potential.

Angus “Biff” Biffin, the owner of Zemi had called me with bad news a week before I was due to fly, the rig had been taken out in a port / starboard incident during the Antigua Classic Regatta and the boat had suffered some damage. The guy who was using the boat was getting a new rig shaped but it’s looking tight. The rigs are made from wooden telegraph poles and shaped with an adze. There is a loaner boat available if it doesn’t come off so in the end we are on the loaner and rename it “Spirit of Zemi” for the regatta. 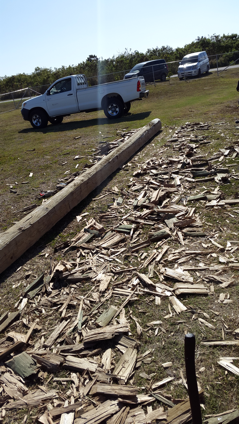 Our crew Biff, Scotty Biff, Charles RS, Arthur and myself are supplemented by a crazy arse rasta Jason who somehow attached himself to the crew, and some local girls (Alice, Josephine and Valentina) allocated by the race organizers to get our crew numbers in line with the other Carriacou Sloops. We made no complaints.

The course is drawn out on a tourist map and handed out at the skippers’ briefing, and the start happens when some boat crosses the line.  We sort of take it in and get out on the course for the passage race of 15 odd miles in a 15 – 20 knot trade wind.

We’ve blown the start along with half the fleet, and talk of trading in our rasta, but get away in the end in reasonable shape with a long way to go. We made gains all day and it turns out that Spirit of Zemi is a weapon on the breeze. We’ve had a good day. No idea how we went and it’s not all that important. 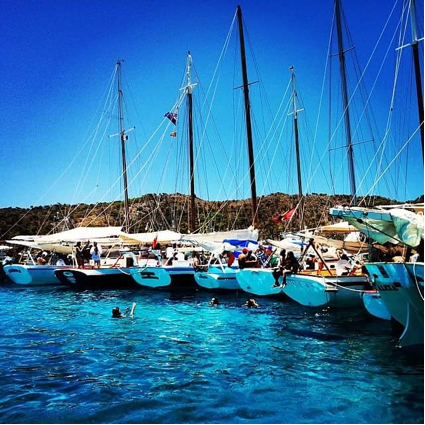 I am assigned the race briefing duties, but unfortunately no curfew for the previous night.  So after a St Barth breakfast I was sitting comfortably at number 11 Struggle Street with no chance of a quick recovery.  There was talk of a race, a raft up and then a sprint race home.  I’m fuzzy on the details.

We nail the start and have a close tussle with another sloop all the way to the finish. We would try to reach over them, then bear away under hard but they responded well and held us out over the last 5 miles to beat us by a boatlength. The raft-up is a blast and the bay awesome.

The sprint back happens, and we had a great day. Still don’t know how we are going on handicap and it is still just as irrelevant as it was yesterday.

When all is said and done, Spirit of Zemi is awarded the “Spirit of the Regatta” trophy, the mayor personally invites us back anytime and Biff confirms the entry for next year. “That’s the way,” says Chuck, and the boys open another bottle of lady petrol.