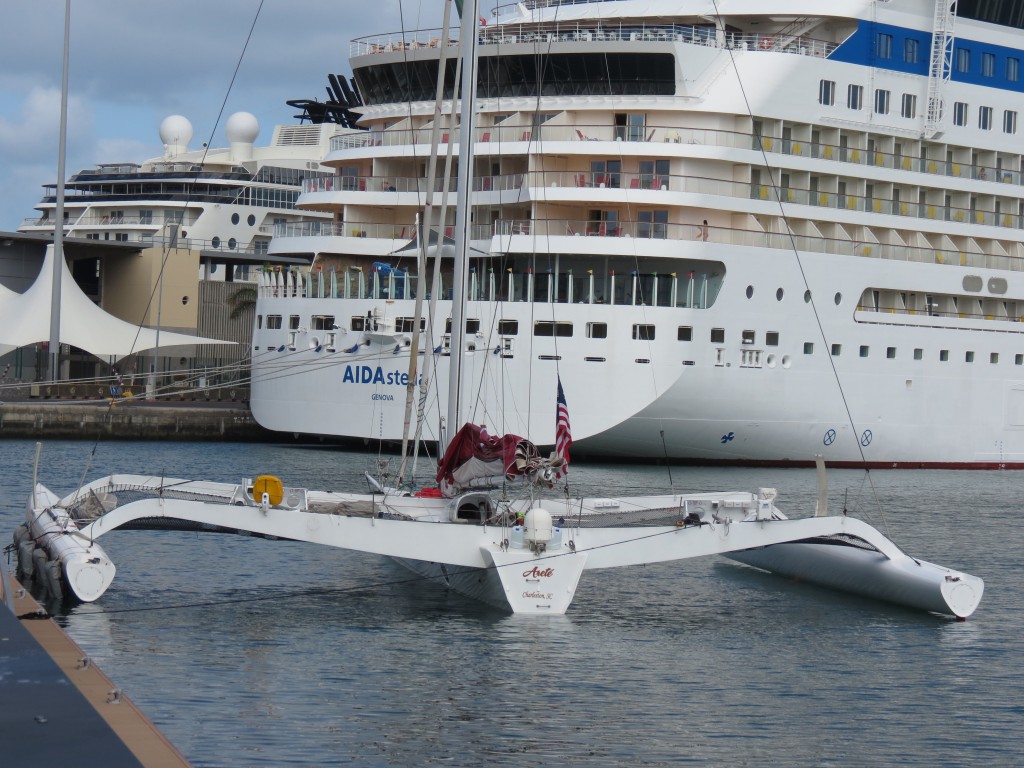 With a world record breaking trimaran headed to the West Coast and another headed to the East Coast, longtime Michigan anarchist Rick Warner’s decided the Middle Coast needed a new toy, too.  Enter Arete, with big thanks to Rick for putting it into words for SA (and for offering us a ride next month).

I was delighted to see the spectacle of the America’s Cup, the ORMA 60s and MOD 70s that are either on or heading to the West Coast, and all of the publicity around the G4.  None of this happened overnight.  The biggest names in multihull sailing, like Brian Thompson on Phaedo3 and our mutual friend Ryan Breymeier on Lending Club are currently destroying records everywhere on US-owned boats.  To me, it’s all evidence that offshore multihull sailing, popular in Europe for years, has finally found its foothold in the US.

As I told you recently, I purchased ORMA 60 ex-Sopra.  She has been christened Areté (from the Greek, meaning “striving for excellence in all things”) and is on her way to the Great Lakes.  She just arrived at Newport Shipyard after sailing across the Atlantic.  After a bit of post-crossing maintenance, my crew and I will deliver her up the Seaway to Port Huron…she will be quite a sight in the Black River! 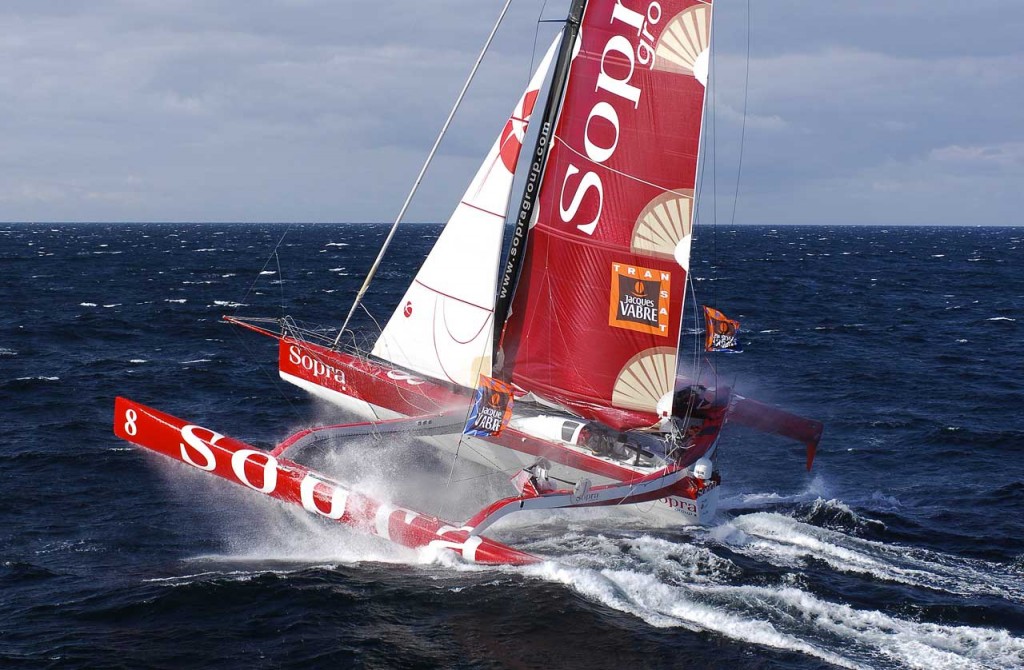 We are going to race her like a big Cheeky [Rick’s previous boat, a modified Corsair F31R -Ed], with a lot of the same crew and some other friends who make up an extremely experienced group of longtime multihull, offshore and solo racers – all amateurs.  All of us are doing this for the love of the sport and the challenge that comes with multihull speeds.  The boat will be in all of the iconic Great Lakes races this summer including Queen’s Cup, the Chicago to Mackinac, the SuperMac and the Port Huron to Mackinac.  We’re really looking forward to the SuperMac so we can stretch her legs in a longer race.

Areté is a tipping point of her own.  I raced, cruised and lived aboard “leaners” on the Great Lakes, in Washington state, San Francisco and more.  I logged thousands of offshore miles on deliveries and on board my own boats.  When I bought Cheeky, my interest in sailing, which had frankly had begun to wane, kicked into another gear entirely.  Cheeky is a tweaky, twitchy speed demon that rewards increasing levels of skill with increasing speed, making her a delightful challenge to sail.  After several years of this, I wanted more and Areté is all that.  The French call her “la machine folle”, which meanas ‘the crazy machine’.  After sailing her in 49 knots of wind through the Straits of Gibraltar, I find it to be very appropriate, but that’s a story for another day.  You will agree after you sail her.

Following the successful European model for which she was built, we are also offering the boat as a unique sponsorship platform who want to leverage the experience of multihull sailing.  In other words, we are looking for some baddass brands looking for a baddass marketing platform.

Check out some pics or get in touch with us via our site.  See you soon on the lakes!