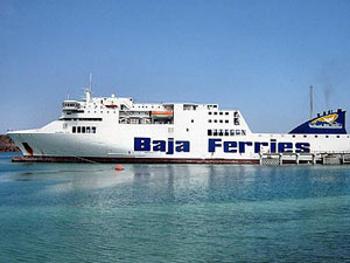 Those forward-thinkers looking at Cuba to help drive the rebirth of the SORC can take a deep sigh of relief today after the US government granted licenses to four Florida-Havana ferry operators including Baja Ferries, with one operator said to be beginning their cross-straits service “in weeks”.

It’s a big sign of change that may light the fires under those pushing races to Cuba; already, one oddball couple is promoting a Hobie 16 race to Havana next week. While that one looks more like a PR stunt and a money hunt rather than a race, several groups have been making noise about a huge yacht race to Havana this winter, with whispers percolating about ‘over 400 expressions of interest already’ from boat owners throughout the Southeast.

One problem remains: Congress still hasn’t lifted the travel ban, meaning that American visitors to Cuba are still restricted to 12 categories of person as provided for by law.  Fortunately, there are several avenues left open to a clever organizer, and in our view, organizing a real regatta in Havana itself under Cuba Sailing’s Governing Body’s auspices is both necessary and desirable – if, indeed, Cuba has such a group.

The desire is there, the regulatory framework is there, and the money is there; the only thing that separates tens of thousands of US-based racers and cruisers from something they’ve never seen before is a little bit of competent leadership and organization.  Here’s hoping.

The US economy is sinking and on it’s way to some potential serious trouble, but such trouble doesn’t exist everywhere…

gotta be the chips