We promised we’d have a report from the Farr 280’s at Charleston Race Week. More of a Pimp piece, but it’s all good – anything that helps get the sport going is good! 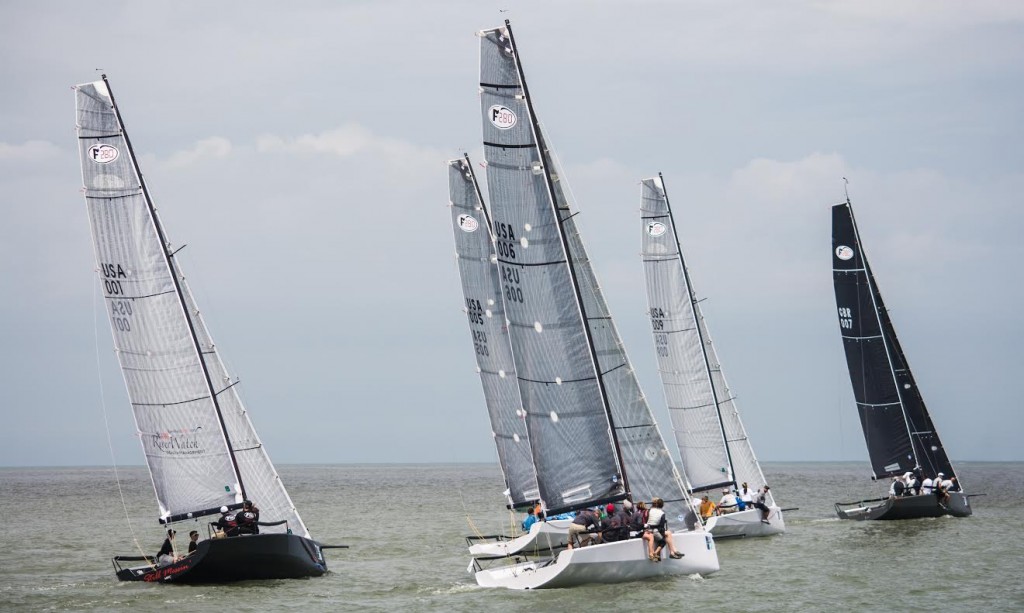 For the second year in a row a Farr 280 has won Sperry Charleston Race Week.   The only difference between this year and last year’s victory, was that Joe Wood’s Red had to only beat out the rest of the Farr 280 One Design competition.

With just a day of sailing a Farr 280 ex-Farr 30 owner Brad Kauffman said he “loved the responsiveness of the boat.” He led his team to finish second overall, challenging Red for the best performing boat on the course. Brad could be a good candidate for fleet captain as he was with the Farr 30.

New comer Adam Esselman and his team on Still Messin’ had a blast with their new black beauty making strong gains on the fleet all week.  Adam became interested in the Farr 280 last year at Sperry Charleston Race Week:  “People approached me about the C&C30 and at the end of the day, after looking at all them and seeing how sexy the Farr 280 is, and now having the experience of sailing it, I don’t think there’s any question about what boat I would have chosen.”

While there have been a lot of comparisons between other new similar-size boats and the Farr 280, it’s clear that the Farr 280 is well ahead of the competition:

✓Had its own one design start

Farr 280’s are available for purchase in time to join the class’s next one design event at Block Island Race Week. Join the fun, and help stop the spread of “Yester-Tech”.