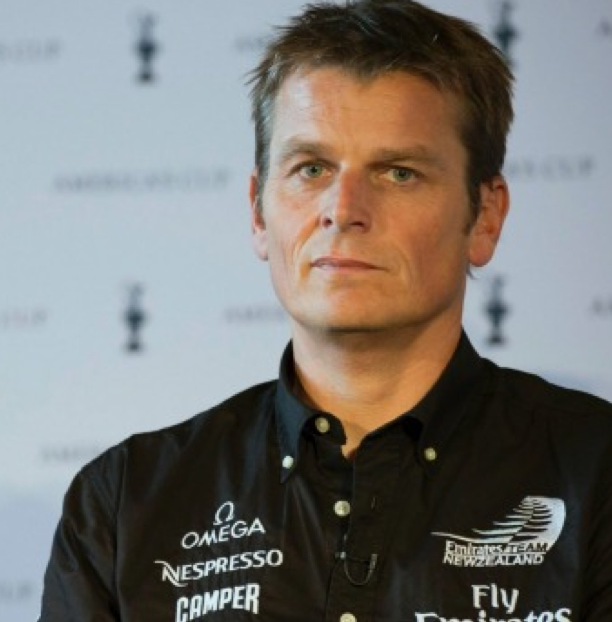 We’ve been telling you for months that Russell Coutts is funding a Japanese entry for the next America’s Cup, and the Independent has the confirmation this morning that another of the world’s wealthiest men has joined the fray for AC35.  Banker Masoyashi Son and his Kansai Yacht Club (to include Dean Barker at or near the helm). Like Franck Cammas’ team, the Japanese will be subsidized by Coutts’ and his designers.  With Artemis and Ben Ainslue Racing having allied themselves against the ETNZ/Luna Rossa bloc on every issue, it appears that the Coutts and Ellison plan to kill off everything historic about the AC is just about complete.  The funded but always-underperforming Artemis anchors a group of ‘little sisters’ to Coutts’ team, including Team Ben, Oracle Team France and Oracle Team Japan.  With Coutts having done everything he could to land in Bermuda while screwing all American fans, the AC Anarchy forumites have already dubbed the Coutts team “Oracle Team British Overseas Territory”, or OTBOT.  We agree.

Meanwhile, Russell Coutts continues to defend himself on Facebook like some mentally deranged person in the SA forums; to paraphrase; “Watch me bring in Japan – they’re even bigger than Luna Rossa!”  We are frankly amazed that he is even allowed to speak in public, but with Larry old and sick, there’s literally no one left to reign in King Rusty.

Out in the wilderness, Emirates Team New Zealand awaits as the sole challenger with a real America’s Cup history.  The fight for AC35 will be a fight not only for the Cup, but a real quest, with actual good guys and at least one actual bad guy.  He wears black.