one and not quite done 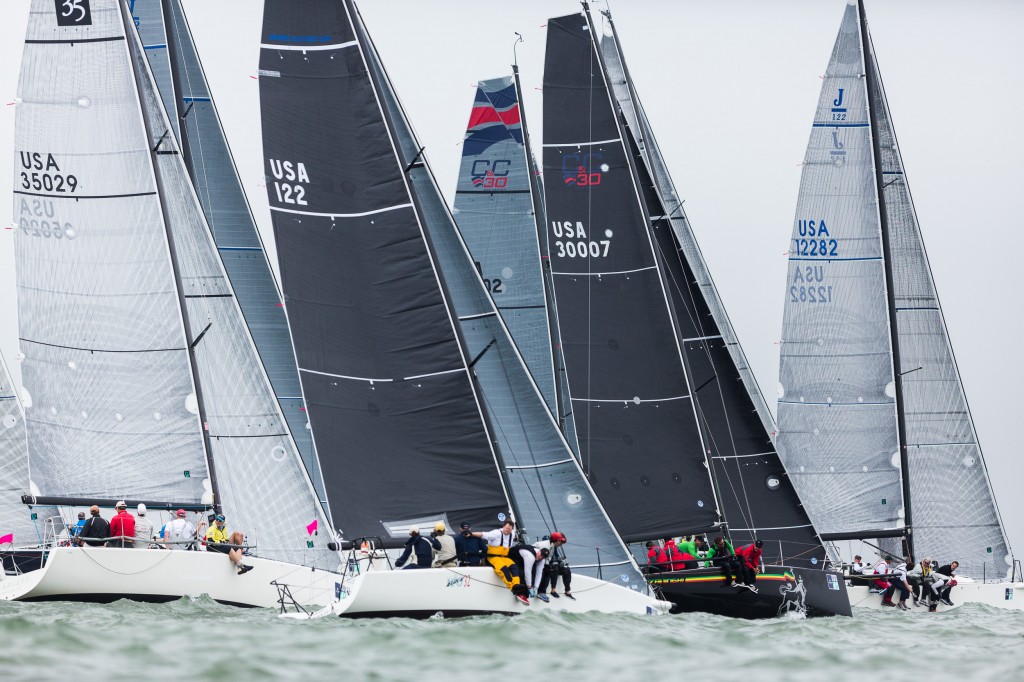 Drizzle doesn’t dampen the mood for Charleston Race week. It didn’t stop the ridiculous Sperry/Sailing Anarchy party last night, and racing commenced on time and on pace today. Under dark morning clouds, an eight knot northwesterly greeted the inside fleet and held enough to get high quality racing in. And what’s Charleston Race Week without current. The ebb was flowing hard today, with teams jockeying for shallow water position all day. Who played it the best?

It’s not Cinco de Mayo yet, but the J/70 Mexican team Flojito Y Cooperando helmed by Julian Fernandez celebrated early with two bullets today to set themselves apart in this talent laden fleet. Elvind Astrup’s Norwegian Steam stayed consistent with a 1, 6, 5 to hold on to an early second. The top and only US team currently on the J/70 podium is Joel Ronning’s Catapult. Since there are 78 J/70s racing in four separate fleets, the points add up quick and the scores are really close with eight boats tied in one way or another in the top 15. The fleets will be reset tomorrow for more qualifying racing.

Continuing the south of the border but north of the fleet tone, the lone Brazilian Melges 20 entry, Portabello, led by Cesar Gomes Neto, threw down some spicy upwind skills to keep ahead of Bruce Golison’s Midlife Crisis by three points. Midnight Blue sailed well in today’s darker conditions to keep it tight on the podium, behind second by only one point. Only eight points separate the top six in this wide-open class.

Guy Mossman’s name is on the Melges 24 score sheet, but he’s mending a broken hand from a ‘being a nice guy’ moment.  Lesson: Don’t punch a fighting pit bull in the head. In his place on Battle Rhythm is Will van Cleefe, who earned a four point lead today over Brent McKenzie on Ex-Kahn, followed closely by Bruce Ayres on Monsoon.

Watch the full replay of all the live racing action here, and if the wind ever fills in, we’ll have Saturday’s racing for you on this page. 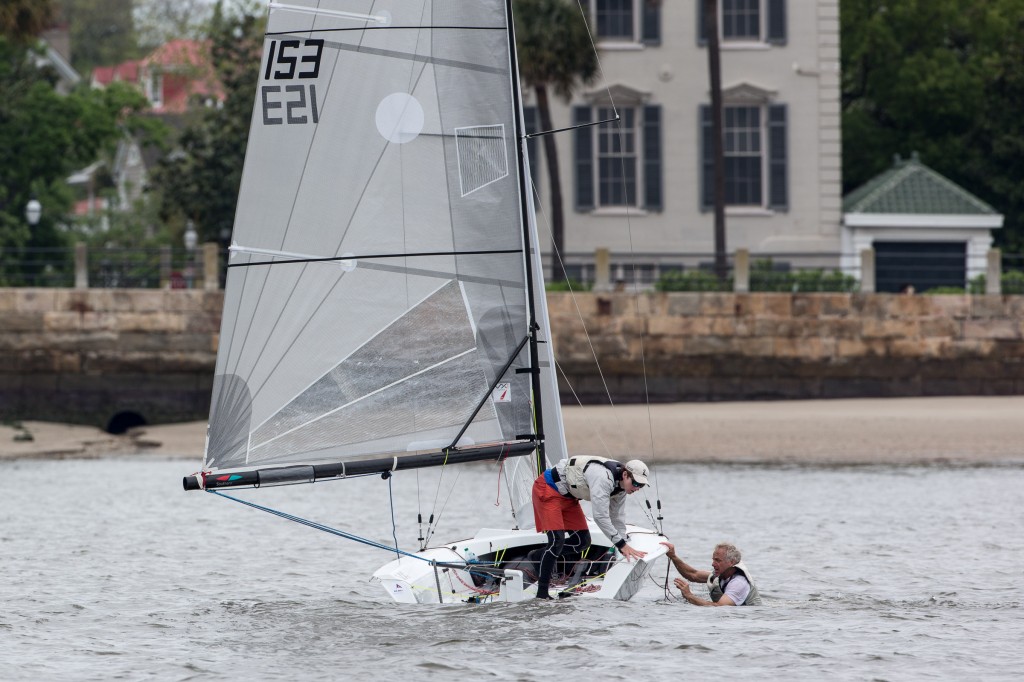 Brian Carlin photo of the sexy C&C 30 and the rest of PHRF A offshore, and seriously big, badass galleries from Brian and Sander Van Der Borch are over here.

And the Team Vestas Wind award goes to Christian Koppernaes in the VX-One fleet, who took the ‘short tack the shore’ move a little too far.  Sander Van Der Borch photo.

Results after day one here, and of course a huge thanks to our friends at Sperry for making SA’s extended coverage of Charleston’s action.