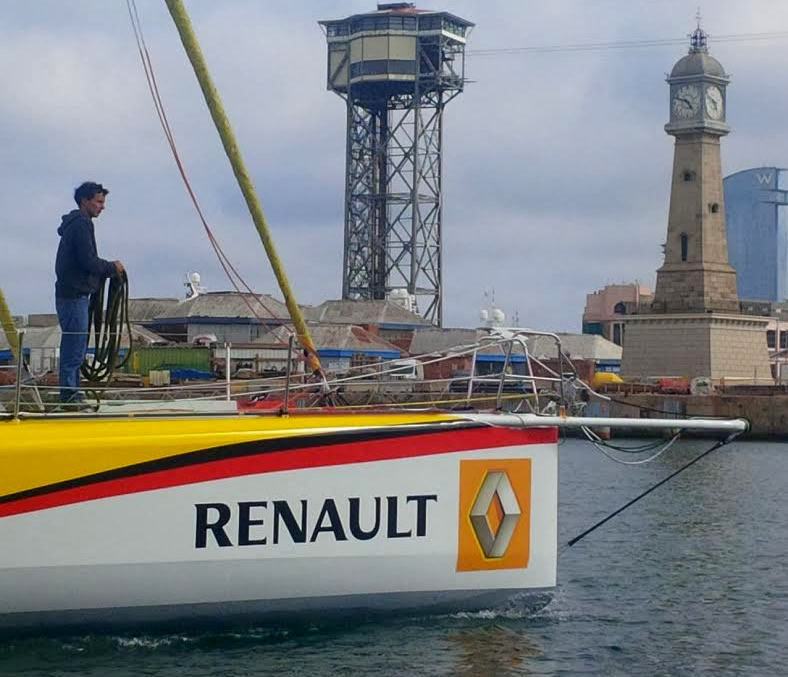 Dídac Costa finished the Barcelona World Race last week in fourth position after rounding the world non stop. He did that together with Aleix Gelabert on board the IMOCA One Planet One Ocean (the old Ellen MacArthur’s Kingfisher).

Only 48h after spending 98 days to round the world, he decided to join the crew of the Cheminées Poujoulat (who won the Barcelona World Race) to take the boat back to France in the Atlantic Coast.

Is he crazy? Actually, I think it’s just because he is #borninmini 😉 Foto credit: Daniel Martin. – Anarchist Gabriel.