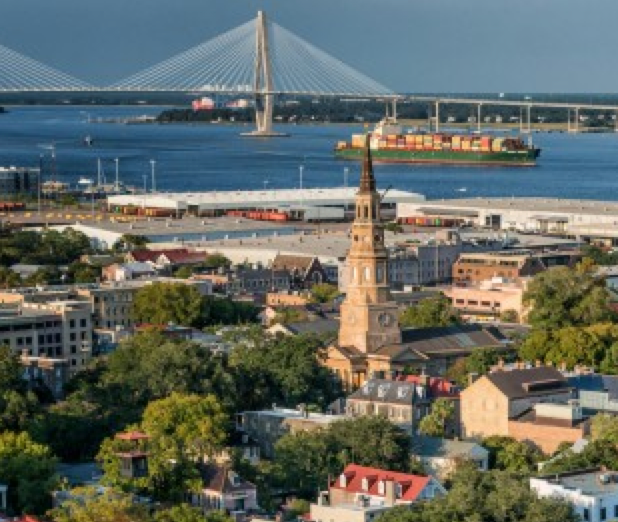 Language boffins have complained for years that the 3-day Sperry Charleston Race Week is woefully misnamed.  But the wild success of the hemisphere’s biggest regatta has allowed the event to leapfrog right over the ‘week’ part of its name, because this year, April is Charleston Race Month.  And thanks to our friends at Sperry and their Odysseys Await promotion, Sailing Anarchy is bringing you its biggest coverage of Charleston action ever – just when conditions in the South’s sailing capital are a sailor’s paradise.  For more, we go to For2Battery Race founder Tim Fitzgerald:

All the Charleston action begins on April 11th, when the second annual Fort2Battery sprint turns Charleston Harbor into “Caddy Day” at Bushwood.  This hot event reached its entry cap weeks ago, and some 75 high-speed kites, boards, catamarans and moths will be racing down the harbor at speeds touching 40mph, competing for some $20,000 in prizes including a brand new bike, and one of the largest single cash prizes in all of American sailing!

One notable absence is the inaugural Champion, “King of the Harbor” Bora Gulari, who’s giving someone else a chance to win this year.  Will the sailors still be able to hold off the kites in 2015?  You can tune in right here on the front page for a live hour-long morning show from the beach, and the entire 9-minute race, streamed by the original troublemakers who called last year to tell us “DUDE! this race needs to happen, how can we help?!” at Sailing Anarchy. And we’ve got a pro photographer going up in a Holy City Helicopter to shoot the event – it will be awesome!  Head over to our Facebook Page to find out how you can enter to win a brand new Liquid Force Kite or Kiteboard, and please join us at the huge post-race party and awards at the awesome Palmetto Brewery at 7 pm.

The nearly 300 teams entered in Sperry Charleston Race Week in about a hundred classes on 5 circles will begin arriving in Charleston immediately after the sprint, and we’ve got a full program of live, recorded, photo, and social content for everyone stuck at home.  For the 2500-odd sailors, shore crew, and support staff in the Holy City, we’ve got all sorts of goodies, including giveaways, contests, and a VIP after party with tons more giveaways, and a Karaoke contest where we’ll award a year-long Sperry footwear sponsorship to one lucky crew!

While the multi-media fun ends on 4/20, the month ain’t over for sailors until the next weekend, when 15-20 high-speed E-Scows (including one helmed by the aforementioned Gulari) will take advantage of the perfect SE seabreeze to race in the CYC E Regatta.  We’ve also heard rumors that several high-performance one-design and box rule classes are looking to join the late April fun in 2016; is there another 200+ boat Charleston regatta on the horizon?  We think there should be.

Check out the full webcast schedule here, and let us know about you and your crew in the Charleston Race Week thread.