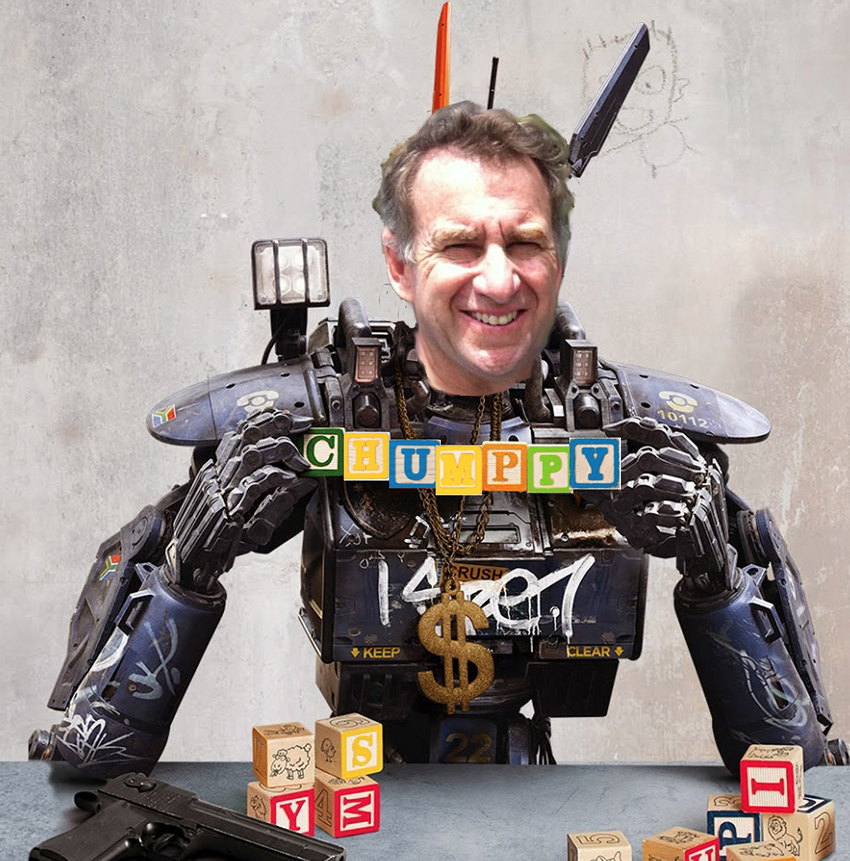 Chappie, the smash movie about a robot that embodies human behavior and emotions, is now the basis for a brand new sailing movie! In a surprising plot twist on this take-off of Chappie, the star of this new movie is a human being who has the behaviours of a robot. Chumppy, starring Craig Leweck, is the tragic tale of an emotional drone lacking any semblance of creativity or emotion, other than anger and jealousy. Unable to process the most basic human conduct, Chumppy exists as a whining autonomon, robotically cutting and pasting  “content” into his meaningless newsletter, incessantly sending it into space, where it is read by no one.

As the lack of response to his incoherent “news”mounts, his inability to face reality grows; the robot short circuits, sending pitiful e-mails of complaint about his Dark Overlords to everyone from the Volvo Ocean Race to potential advertisers.

Unable to comprehend the daily beatings administered by his vastly superior Dark Overlords (Played with aplomb by the equally brilliant Scot Tempesta as Ed and Alan Block as the dreaded Mr. Clean), Chumppy tries to compete in a world that has long passed him by. At turns both pathetic and entertaining, Chumppy finally quits his futile efforts to be human.

The rather shocking end of the movie also entails a twist. As Chumppy’s head explodes in frustration and bitterness, the resultant anticlimax is revealed:  All that emits from Chumppy’s head is fetid, rank hot air. Not a brain cell at all to be found in poor Chumppy’s head. A sad, yet fitting end to an equally sad robot.