From the un-Opti Dad, Mike Mills 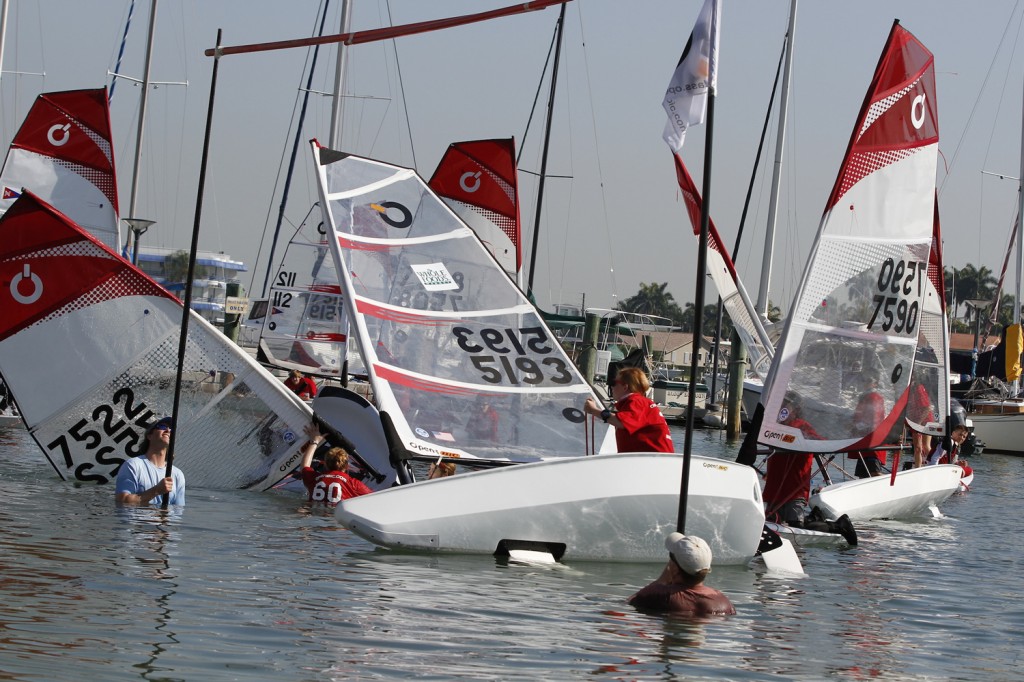 I think anarchy is gaining a foothold in junior sailing. This past weekend, I bit the bullet, skipped out on the mentally draining New England weather, and went down to Miami to try out the O’Pen BIC North American Un-Regatta with my daughter, Maya (11), and two of her buds. Finally! A junior regatta without kids crying, parents rigging boats, a traffic jam of suburbans, and expensive coaches with their friggin rulebooks!

Skippers meetings were a civilized 9:30 a.m. with a short sail out. And racing was only part of the regatta. There was a freestyle comp where kids were scored on creative moves and crashes, a limbo contest(!!!!), where the kids heeled their BICs over just far enough to make it under a limbo pole, and the whole event was spun around “Rule Number 1” -having fun. I met a bunch of super grounded parents from Bermuda, Hawaii, Florida and New York, who were stoked to share beers, and even sail the BICs themselves after racing in an adult expression session (I was in the 200+ pounder division). The most important thing is the kids were fully passionate about the sailing.

It feels good to know that Optis aren’t the only option for my kids.

is idiocy a crime?