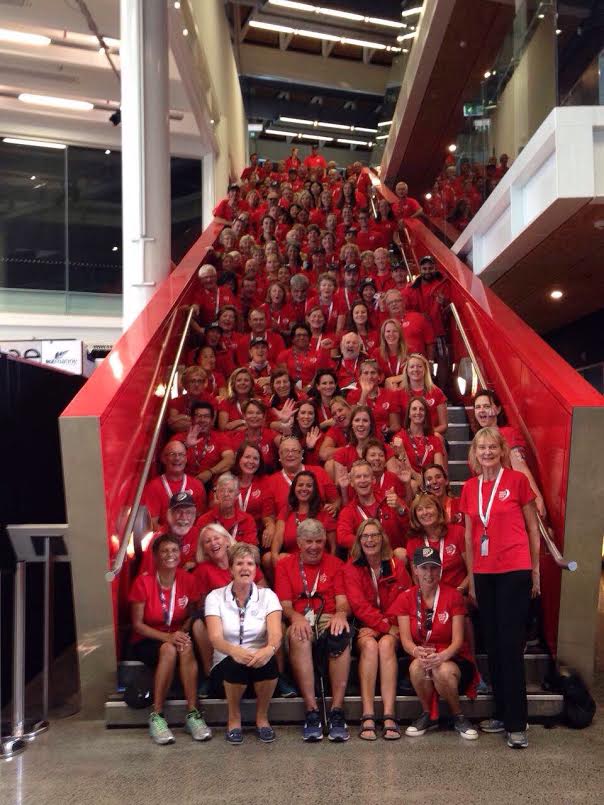 And wrapping up is exactly what Auckland is doing right now with Cyclone Pam bearing down n New Zealand’s Eastern Coast – close and thankfully no cigar but the breeze is up already.

A worry enough that the canvas elements of all the team bases were ‘furled’ yesterday and this morning with the final activities moved indoors inside the Viaduct Center. The team walk still went ahead but down the stairs inside the center which were later decorated with the volunteers who have been one of the real joys of this event. Friendly, knowledgeable and seemingly tireless, no event of this magnitude could function without them.

The sailors were blessed by a Maori religious leader and it was good to see the local religion respected by his words being listened to in silence. So the sailors are in a bit of a limbo for 48 hours at least one took the opportunity to show his respect in a different manner and dream of what the future might bring. – Shanghai Sailor.

kiting rules. you can too.