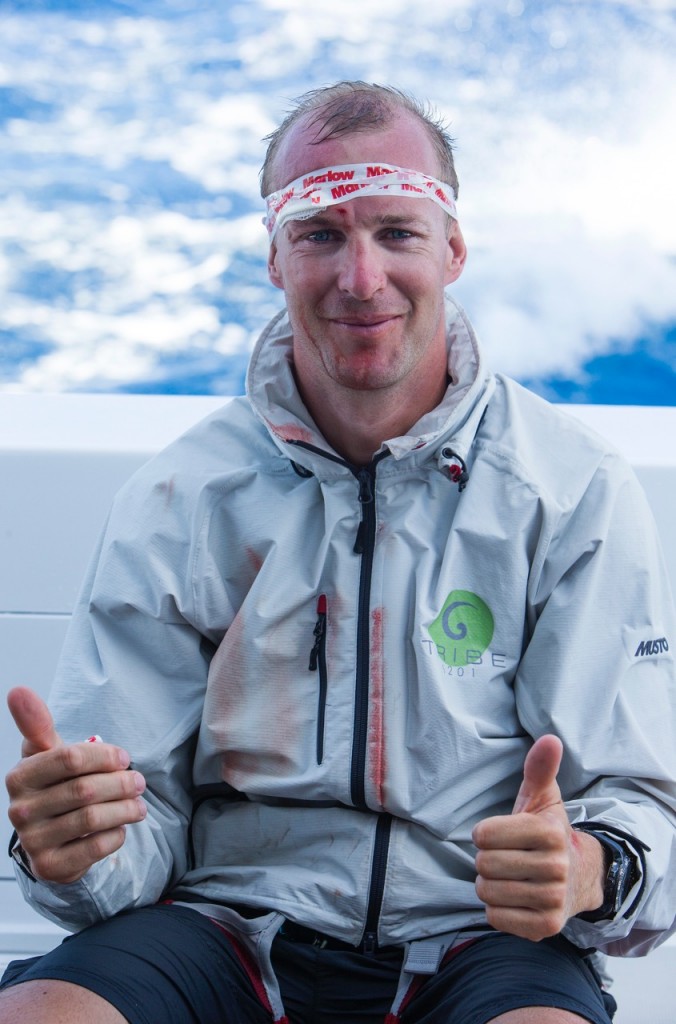 At around 200 entries for 2015, the Heineken seems to have stabilized their losses of the past few years, and with literally dozens of youth sailors entered from multiple islands on a variety of big boats, the future seems well assured.

America needs to take notes on just how quickly Caribbean sailors have responded to the lack of youth in sailing with some awesome new programs to get kids engaged with the parts of the sport that turn them into lifelong sailors.

We were sad to see the SA friends aboard Smile and Wave (Melges 32) and Soma (Formula 40 cat) hit snags enroute to the 35th anniversary Heineken Regatta, but there’s still plenty of interesting sailing ahead during a seriously windy weekend ahead.

The bloody dude pictured here is Spike Abrams, boat captain and bowguy of the Gunboat that launched the brand – the 15 year old G62 Tribe. Spike lost a battle with a metal furling drum he was working on while going upwind in the same 28-33 knots and 6-8 foot waves that have beating the area for weeks; he replaced the skin with tape and the lost blood with Heineken…good to go.

Friday will see record-breaking weather for the MOD-70 Phaedo^3, with 30 knots forecast for the first counterclockwise running of the Around St. Martin race in recent memory.  Stay up to date on the Gunboat Facebook Page, and find results at the Heineken site.