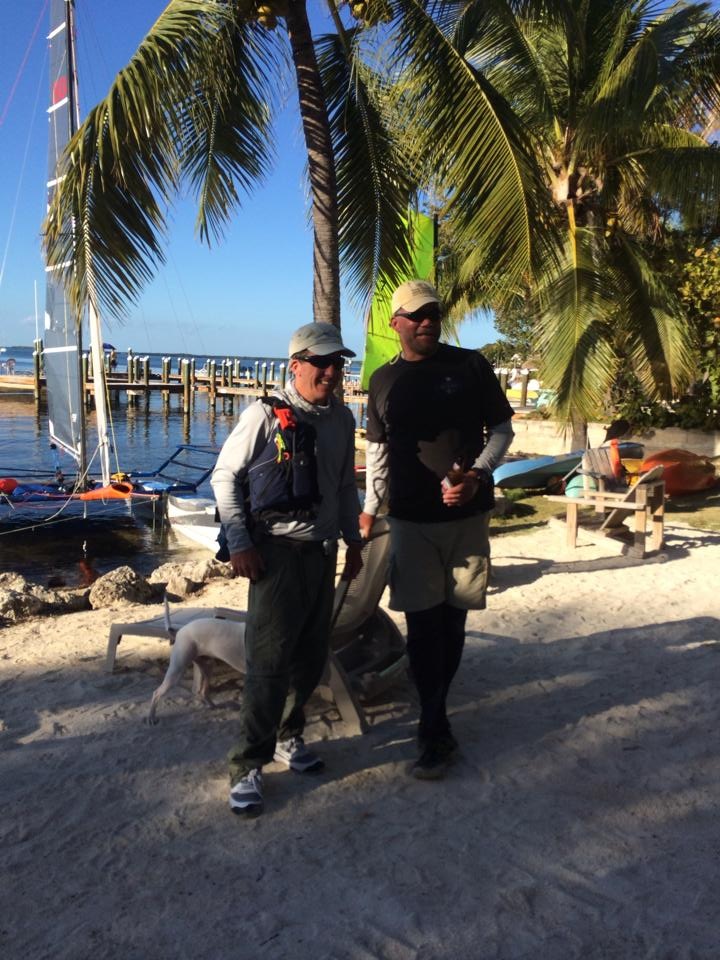 Longtime SA contributer and multihuller Ron White embarks on one of the more interesting sailing challenges in North America.

I’m leaving in the morning for the Sunshine State for my third Everglades Challenge, often described as the toughest small boat race in the world.  Starting Saturday morning at 7:00 AM and running 300 nautical miles from Ft. DeSoto Beach on Tampa Bay to Key Largo, the EC has 3 mandatory checkpoints, two inside the Everglades.  It’s a multidiscipline race that requires sailing, paddling or rowing, and in some cases, getting off the darn boat and dragging it. The navigational challenges are enormous, and we have once again scouted sections of the course in advance to find the most efficient routes possible.  This is a race where experience with the course and preparation are HUGE, with lots of tough, longtime veterans making their annual pilgrimage to what can be a minefield of a race.  Simply finishing the EC is an accomplishment.

For the second year in a row, I’m sailing with Mike McGarry on a highly modified Tornado that should be faster than last year’s, when we were 2nd out of 142 boats.  The only way to improve is 1st!  Just like last year our “Tribe Names” are SwampMonkee and Chainsaw.  I’m often asked what you get for winning or finishing the EC, and unlike most races, eeryone gets exactly the same award…a two foot long wooden paddle with your class name carved into it and a sharktooth necklace.  I’ve won loads of races over the years, and there’s only one trophy on permanent display in my house – the Everglades Channel paddle.

Since starting training for my first EC in 2012 I have lost a total of 37 lbs, it has literally changed my life.  This year I made a goal to drop another 6 and I actually dropped 9, down to a stable 202 which is less than I weighed when I got married almost 36 years ago.

Last year we finished in 57hrs 55 minutes and never stopped to sleep; that’s when this photo was taken.  Follow us via tracker or learn more about the race here. Or just click into the SA thread here.