With Great Lakes ice cover now at 88% – 2% more than even the cold and icy 2013-4 winter – it may seem like the hundreds of thousands of Midwest sailors will never even get soft water.  But if the lakes do thaw out before July, there’s some damned good long distance racing ahead thanks to the 500-plus boats that will race the two Mackinacs this year.

Chicago Yacht Club cemented their role as one of the forward-thinkers in offshore American sailing yesterday, announcing their amendment of the Chicago Mac rules to award the overall first-to-finish trophy to the first boat instead of the first monohull.  That’s 65 years of historical mistake they’re rectifying, and it’s about fucking time.  In doing so, they make the countries other big-fleet distance races – The Cruising Club of America’s Newport Bermuda Race and the Transpac – look positively mesozoic. 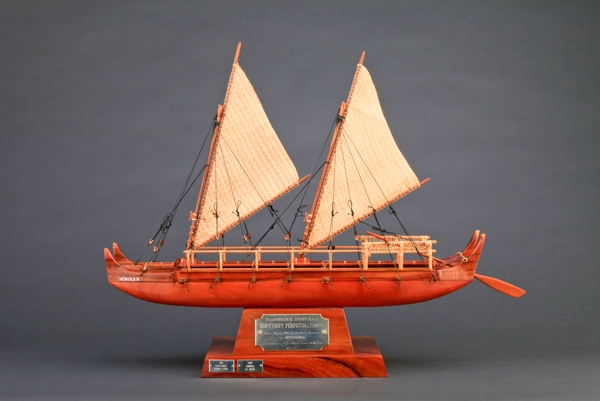 And while The Transpac does give a multihull trophy (first awarded in 1997 to Bruno Peyron in Explorer)  the TPYC’s most prestigious trophy – the Barn Door – goes not to the first boat to finish, and not even to the first monohull to finish…instead, they give it to the tortured category of ‘first non-power assisted yacht to arrive that isn’t a multihull.’  That makes sense </sarcasm>. But hey – at least the Transpac allows multihulls to enter.  The Bermuda Race doesn’t even do that.

On the other side of the lake, we’ve heard (but not yet verified) that Bayview’s ‘Easy Mac’ – the shorter, more sheltered Port Huron-Mac – has opened up its rules as well, allowing smaller, more sporty boats to compete on the 200 NM shore course.  Melges 24s at dawn, anyone?  More smart thinking from adaptable Midwesterners, and more inclusivity on the water – never a bad thing, and a good explanation of why there are 500+ yachts distance racing over two weekends on the Lakes.  Nice work, Detroit and Chicago!

In a final bit of excellent Great Lakes news, the CYC also announced that 2015 would be a Super Mac year – that means the most intrepid teams will race from Chicago to Mackinac and then continue right through the finish line, sailing another 200 miles to the riverine entrance of the Port Huron Yacht Club.  We called it ‘five hundred miles of freshwater hell’ when we ran it aboard Bruce Geffen’s Nice Pair the last time the race was held in 2009 – here’s a full account of that one.

Where else in the world are you going to get a 500 mile course through water you can drink?  Check the CYC website for more info over here.

best of both worlds