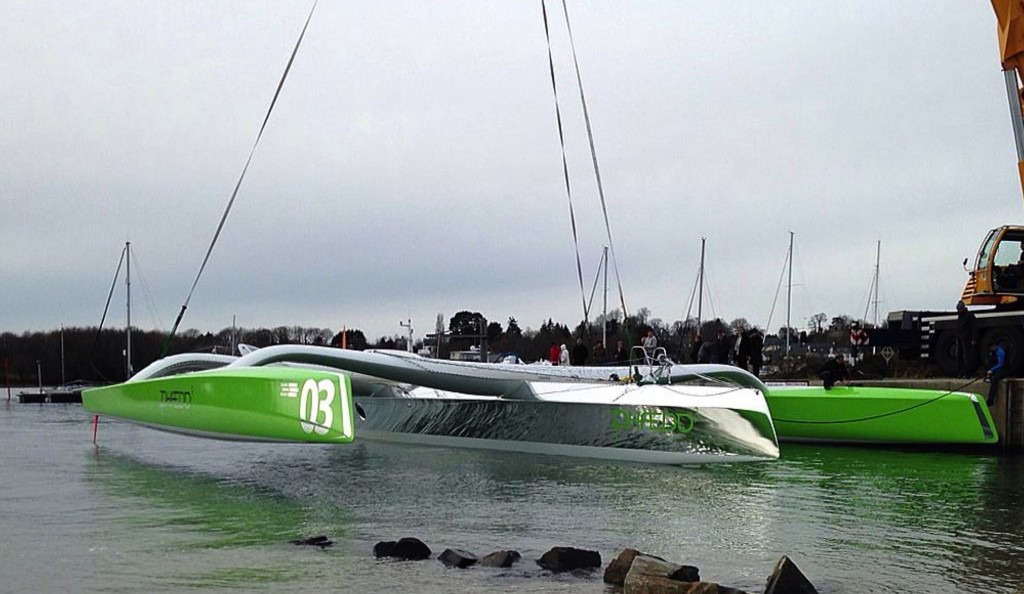 There’s a perfect confluence this year of a strong economy, vibrant offshore racing scene, and serious multihull acceptance in 2016, and for those reasons, we’re calling it The Year Of Broken Records.  Thanks to ubiquitous maxi-multihulls, MOD70s, GC32s, AC45s and the new Ultim tris, nearly every inshore and ocean racing record could fall this year, which means plenty of masts and dreams will fail, too.

First up? Team Phaedo owner Lloyd Thornburg has finally recovered from his dismasting during the last Transpac, and with a massive refit and huge new rig, he’ll be assaulting the West Coast in 2016 with the now-fire engine red Gunboat 66.  But Thornburg’s got a nice combo of no fear and piles of time and money, and he just ‘scrounged together’ a MOD-70 (ex-Foncia) and shipped it across the ocean, recruiting some of the world’s top multihull and ocean racers for next week’s Caribbean 600.  With RTW record-holder Brian Thompson, double Vendee Globe winner Mich Desj, and a crew full of talent, there’s almost no conceivable way Phaedo can’t shatter the existing race record of 40 hours 11 mins 5 secs set by old-school ORMA 60 Region Guadeloupe all the way back in 2009.

With the new Rambler 88 and Turbo VO70 Maserati entered in the monohull class, there’s even a chance that the 40h20m monohull record set by David’s Rambler 100 (ex-Speedboat) can fall, but we’re expecting the first real assault on the monohull world to come from Kristy and the boys this spring.

Title shout out to a classic movie that fits…