foil of the week 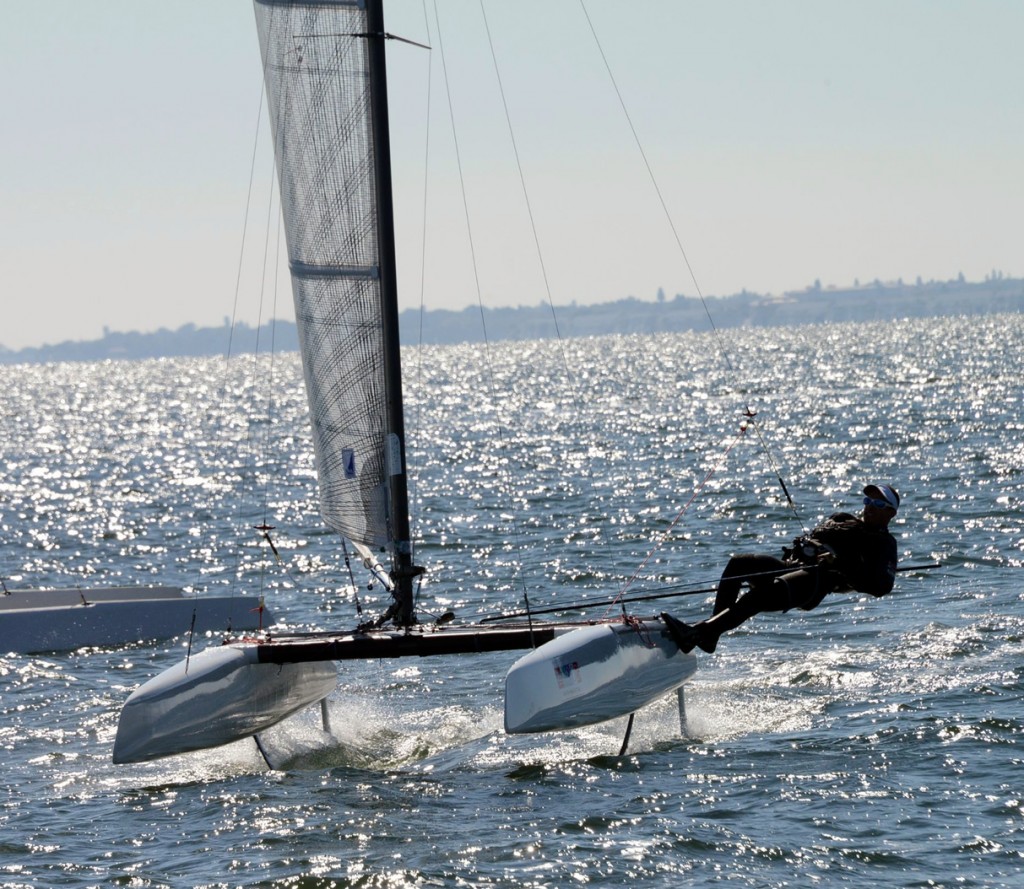 I know anarchy often gets negative, but I have to give credit to several people last weekend at the St Pete NOODs who are growing the high performance sailing so many of us love. I know this not a unique story in that there are so many people in sailing that do the same, whether as a job or a hobby, because they love it. It is a story local to St Pete and Tampa though and worth telling after a big regatta there. It would be great to hear about other stories in this thread.

The picture below is a sophomore in college, Joseph Bello, who loves sailing so much that he has is working multiple jobs to buy a new A-Class boat, including one job with a naval architect nearby, OH Rogers. The two have recently become friends and Joseph is working his way, literally and figuratively, into the class. This last weekend was Joseph’s first time fully foiling.

That naval architect, OH Rogers, is someone who has designed boats ranging from winning MORC designs to his own 40 foot cat. A lover of boats and someone who grew up winning races on his own when he was Joseph’s age. A few years ago he designed and built molds for A-cats that allowed not only his friends, but also two high schoolers to build boats. It wasn’t just him though. His friends, fellow A-catters, helped to fund and build the molds and build their own boats together, including the foils. The design is not slow BTW. One of those high schoolers I mentioned, Jeremy Herrin, placed third in the North Americans last year with the boat he made with his dad in OH’s molds, beating top gear from across the world.

The A-Class has not stopped with curved boards or T foil rudders though this remains a competitive configuration. A-A-Class manufacturers and Team New Zealand led the way in showing that the A-Class could foil like the America’s Cup boats. As we began to see boats fly, as an A-Class owner, I worried this meant that our existing investments would be obsoleted. Maybe OH did too. I know some others did.

Exactly a year after Team New Zealand, DNA, eXploder, and Carbonic Boats showed the world the potential of foiling in the A-Class 2014 Worlds, the technology is fully diffusing and evolving. It is becoming practical and something that can be adopted and improved upon by others.

OH designed new foiling boards and has already retrofitted his old boat with new daggerboards. Guess how he did it? He stuck new pieces onto existing curved boards. Easy. Perhaps not perfect but a great proof of concept, a critical step in development, and an easy way to learn.

Top place over the weekend with the retrofit? 2nd. Total new expense over his existing boat built in 2011? I don’t know but wouldn’t be surprised if it was less than $1K. It’s amazing what friends can accomplish together and this kind of story is not uncommon in this class or in some other great high performance classes. Jump in and comment.