As if the filthy water for the upcoming Olympics in Brazil isn’t bad enough, now they’re running out of the stuff… 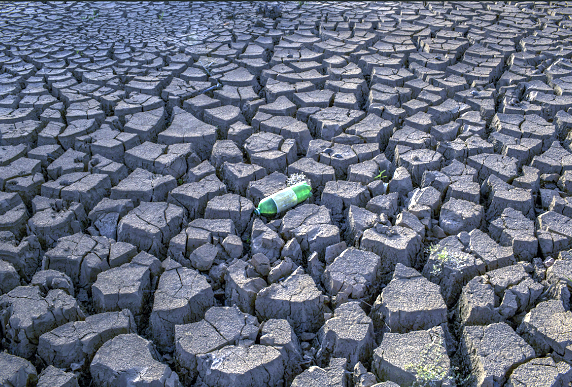 Endowed with the Amazon and other mighty rivers, an array of huge dams and one-eighth of the world’s fresh water, Brazil is sometimes called the “Saudi Arabia of water,” so rich in the coveted resource that some liken it to living above a sea of oil.

But in Brazil’s largest and wealthiest city, a more dystopian situation is unfolding: the taps are starting to run dry.

As southeast Brazil grapples with its worst drought in nearly a century, a problem worsened by polluted rivers, deforestation and population growth, the largest reservoir system serving São Paulo is near depletion. Many residents are already enduring sporadic water cutoffs, some going days without it. Officials say that drastic rationing may be needed, with water service provided only two days a week.

Behind closed doors, the views are grimmer. In a meeting recorded secretly and leaked to the local news media, Paulo Massato, a senior official at São Paulo’s water utility, said that residents might have to be warned to flee because “there’s not enough water, there won’t be water to bathe, to clean” homes.

Read on, thanks to the NY Times

looks good to us