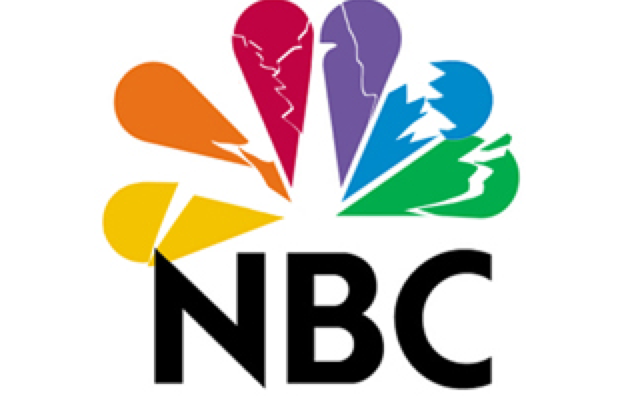 We promised Larry back in December that we’d closed the chapter on our excessive whinging and criticism of the America’s Cup.  And in that new light, we analyze yesterday’s big TV announcement from Cup Commercial Commissioner Dr. Harvey Schiller.

So far, so good.  As long as you don’t claim you were shot down by RPG fire in a Chinook, there’s nothing wrong with NBC at all! Given the network’s recent efforts to move to a more international audience with a focus on Premier League Football and Formula 1 , it’s probably the best mainstream choice for American sailing. For context, and in case you don’t remember, NBC and its regional cable stepchild the NBC Sports Network showed the Cup the last time around, drawing a million or so viewers during the first weekend on the national network, and then around 100-200,000 viewers when it moved to the cable channel.  You might also remember that the main network NBC chose not exercise their option to broadcast the final two races of the biggest comeback in the history of sport – apparently, there was some regional golf tournament that was far more important to all of the US – and relegated the comeback to cable.

It’s really, really early for anyone to be talking about ‘growing popularity’ of the America’s Cup, and we’re hoping Dr. Harvey steps well back from the same overpromising cliff that shat out former ACEA boss Richard Worth and made Russell Coutts’ name synonymous with ‘sports media failure’.

NBC and NBCSN were the US television home for the last America’s Cup, in which ORACLE TEAM USA staged one of the greatest comebacks in sport to retain the trophy for the United States. The television coverage was widely acclaimed and saw the development of the Emmy Award-winning on screen graphics package, AC LiveLine, which enhanced the viewing experience by making the sport more engaging and more easily understood, especially for new fans.

Damned straight – Stan Honey’s Liveline was awesome.  It’s unfortunate that it was not enough to turn AC34 into an audience success, as the costs of developing Liveline helped transform AC34 into one of the most expensive sporting events in the history of the world, on a per-viewer basis.

“We are excited to once again showcase the best sailing in the world to a national audience,” said Jon Miller, President, Programming, NBC and NBCSN. “The 2013 America’s Cup served as the setting for one of the greatest comebacks in recent sports history, and we will again leverage the full collection of broadcast, cable and online platforms of the NBC Sports Group to present the race for the oldest trophy in international sports.”

We told you we’d closed the chapter on our unnecessary critiques of the America’s Cup, but we can’t let this corporate douchebag get away with this one: Does Miller not know that NBC turned down the opportunity to broadcast that that ‘greatest comeback’ to a real American audience?  Apparently, he thinks that NBC ‘leveraged the full collection of…’ oh, forget it – reading these quotes is like going to the dentist.  Mark our words: Whether it’s by pre-empting Youtube, failing to promote, or relegating the sailing to cable, NBC will almost assuredly fuck the sailing public.

What about the qualifiers?  We understand they are to be held in Auckland, but why aren’t they listed here?  Oversight?

“It’s encouraging to have a partner like NBC who is highly motivated to return and help build and promote the event and increase the profile of our athletes and our teams. I have no doubt that over the next three years we will touch more viewers, in more ways, through the reach of NBC Sports Group’s platforms.” Schiller concluded.

Doctor H may have no doubts, but we sure do.  Still, he has a point in welcoming NBC back to the fold.  You probably remember that the AC actually paid NBC a massive fee just to get the US network to broadcast the last Cup (not to mention the tens of millions that AC spent to actually produce the broadcast), and a little bit of morning research tells us that this time is indeed quite different.  Schiller told Sportcal that he “received other offers, but we really appreciated NBC’s support,” which he wouldn’t quantify other than to call it “financially a very pleasing deal.”  Knowing how little American networks care about yachting, we translate that as follows: “Last time, we spent 8 figures to get NBC to run the shows we provided to them at our cost.  This time, other network’s asked us for money, but not NBC, who we are not paying at all.  In other words, I’m financially very pleased!”

We’re pleased too, and other than the fact that another NBC deal probably means we’ll still have to listen to Gary Jobson drone on for another two years like a deranged granddad about his 1776 AC victory, this is about as good a TV deal as sailing in America could get right now.  It means a few more million people will be exposed to the Bermuda Cup (and NZ qualifiers) than would be otherwise, and there remains an almost infinitesimally but real chance that NBC will actually put in the kind of effort and marketing to make AC35 a real TV success in the US.

Unfortunately for everyone involved, the smart money says the Bermuda AC will draw even smaller US television numbers than San Francisco did, and NBC’s deal – specifically the presumably exclusive ‘NBC Sports Live Extra” online portion of it – may mean that overall online distribution and viewership suffer.

Either way, we won’t mind, because we’ve found the key to satisfaction in the America’s Cup world: Low expectations.  It’s liberating!