Ted Irwin was both an innovator and an icon in the heyday of the fiberglass yacht Ted Irwin passed away yesterday. He was a true innovator as a designer and an industry icon.  Here’s a little about Irwin from the Irwin Yachts support website; read the full story to appreciate just how much impact Irwin had on sailing.

At fifteen, Ted started building boats of his own design in his backyard. From this self-taught experience came the knowledge that was to later enable him to design a “moth”. In that boat he won the North American and the world championships in its class.

After several years of formal education, painting, and backyard boat building, Ted landed a job as a draftsman, illustrator and part-time builder with Charlie Morgan. Ted was twenty-one. By 1963, Ted had served a stint in the Coast Guard, done some more studying and decided that it was time to go out on his own. 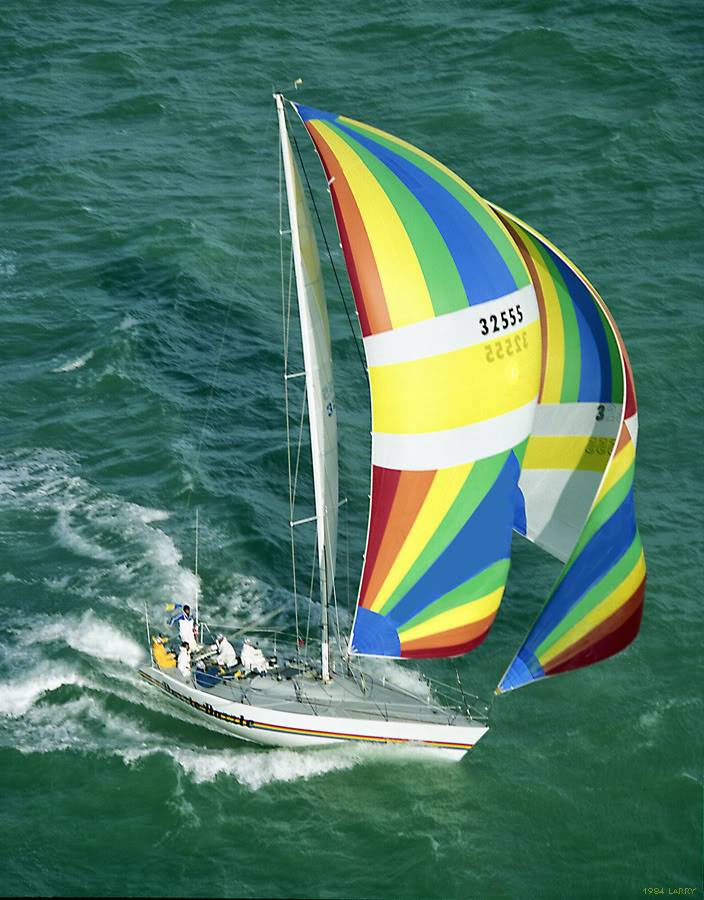 Ted rented a small Quonset hut on St. Petersburg Beach for $75 a month. There he built his first commercial sailboat. It took an arduous six months to build his first 31 footer, but it was an effort well spent. That boat, named Voodoo, was to launch Ted’s career by logging an astounding racing record.

Voodoo raced for two years in the Florida Ocean Racing Association, 1964 to 1966, and swept all honors. Ted, sailing Voodoo, won twenty-four out of twenty-eight races during that period. Voodoo and her crew did so well that a sailing editor said, “All the other boats were racing only for second place”. Other successes followed. Some of his famous racing yachts with names known the world over include: Voodoo, Black Magic, La Pantera, Razzle Dazzle and R2D2.

Read on, and thanks to Frank McCarthy for the heads up.  Top pic from the Irwin site, let us know if you are the author of the pretty one.

ghosts in the machine