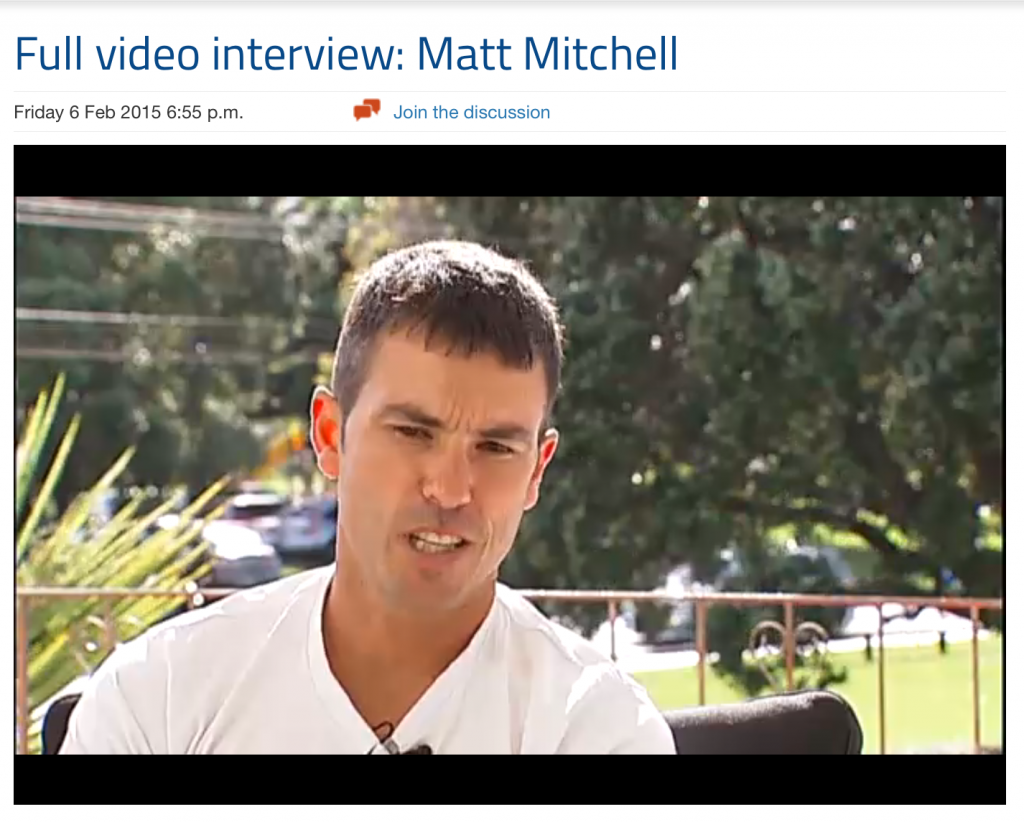 At this point, former Oracle Team USA grinder and 5-time AC sailor Matty Mitchell’s allegations against the AC34 jury and fellow competitor Simeon Tienpont are all he said/she said at the moment, but take a few minutes and listen to what the Kiwi has to offer in this excellent interview with NZ Channel 3.  He’s believable as hell, and his story is frightening.  Railroaded by ISAF, burned at the altar by his team, and stabbed in the back by a lying crew mate – and now he’s fighting back.  Collusion, blackmail, all sorts of nasty shit – given the way ISAF has been conducting itself lately, anyone surprised out there?  And then there’s the part Oracle played…but that’s another story.

It’s great to see an honest discussion rather than the media-trained corporate speak we’ve gotten used to from Cuppers; we’re hoping to speak to Matty soon, but we’re not sure we need to after this comprehensive chat! Want to know more or share your view?  Hit the thread in America’s Cup Anarchy.