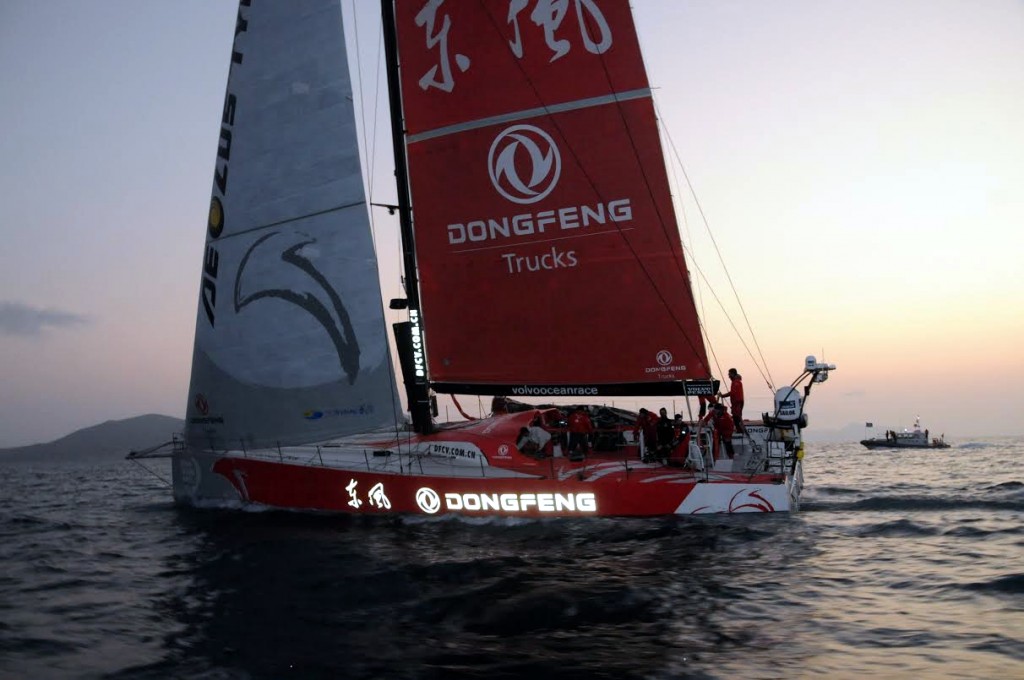 The story, as written by the Volvo Ocean Race media team is news enough, first leg win by a Chinese team in the 41 year history of the Whitbread/Volvo. In fact it is the first victory by ANY Chinese team in any big boat sailing event of this magnitude. International Chinese sailing success in the past has been limited to Olympic Gold for Yin Jiang in 2008 and Xu Li Jia in 2012.

But in other ways this could (should?) be seen as the first proper Chinese entry on such an elevated stage. In the past teams such as China Team, or more recently China Spirit, in the America’s Cup in reality just ‘borrowed’ the China name in the hope of gaining or appeasing sponsors in what is destined to be the world’s biggest consumer market.

Not only borrowed the name, but actually did Chinese sailing a disservice. In one of the round robins of the America’s Cup a rival tactician stated that “The only way China Team will score a point is if the other team suffers a catastrophic gear failure” and lo and behold BMW Oracle blew out their headfoil and Longtze (Mandarin for deaf by the way) indeed recorded her only point of the regatta.

At last Dongfeng’s performance, so far, in the 2014/2015 Volvo Ocean Race has gone a long way to expunge those tales of ‘making up the numbers.’Chinese big boat sailing is still in its infancy. A few years ago Wang Bing took his team (100% Chinese) on the Swan 82, Plus One (now U-Box) to a class win at the Phuket King’s Cup. At the time a worthy victory for a largely Corinthian team and a stepping stone to today’s news. Indeed one of the U-Box crew is amongst the Chinese sailors in Dongfeng’s pool.

This VOR edition is actually the first where more than a token Chinese sailor has been on board.  2 races ago the Chinese sailor was actually the OBR on Green Dragon, Guo Chuan provided the yellow face. Guo has gone on to participate in a Mini-Transat and then set the record for a solo non-stop circumnavigation in the 40 foot class. Last race it was ‘Tiger’ who was the one to be focused on as part of Team Sanya. Interestingly Green Dragon was Ian Walker’s first foray into the Volvo and will all due respect The Moose on Team Sanya didn’t have a great chance with a boat that was the previous generation to everything the else in the fleet. 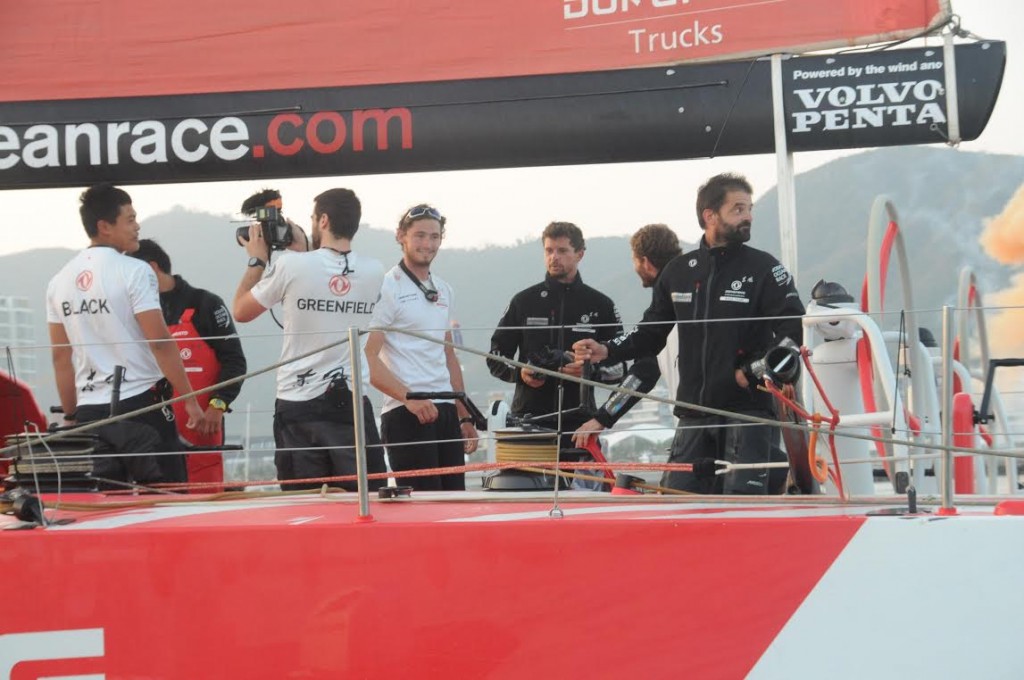 Which brings us to Dongfeng Race Team which is so much more than anything that has gone before it. Not only is Dongfeng Commercial Vehicles, the principal sponsor Chinese but Aeolus Tyres and Wudang, Shiyan City – home of Kung Fu are also both Chinese.

And it is not just the money which is Chinese. Dongfeng counts 10 Chinese in its team roster, 6 sailors in the pool and a number of key shore team positions as well. Add to that the Dongfeng Sailing Academy and a class victory in last year’s China Cup by the ‘B Team’ add up to a larger project that is attempting to take Chinese offshore sailing to a new level.

It is true that one swallow doesn’t make a summer and it is only one leg win (and overall lead at this stage) but how many steps forward did it take Blake or Dalton to add a win in this event to their resume?