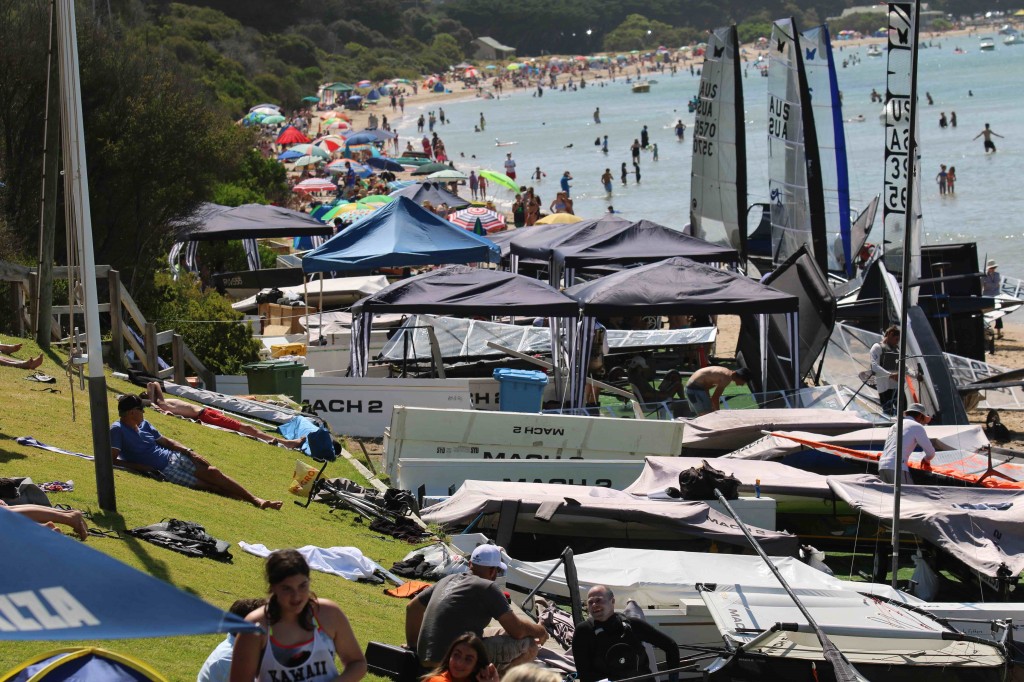 Ronnie Simpson, our resident writer, war/shipwreck vet, singlehanded racer, and now engineless cruiser landed in Melbourne just 3 hours ago, and he’s already hit the ground running in SA’s quest to bring every bit of the Moth Worlds to you.  If you’re as stoked as we are to watch this epic event, go and thank our new mystery sponsor Sperry Top-Sider; who asked us a few months back: ‘if you could cover any event, which would it be?’  Here’s Ronnie to explain as only he can, and photo credit to Petey Crawford/Penalty Box Productions.

I feel a little like I’ve stepped into a Hunter S. Thompson novel. Clean’s the lawyer, (no, seriously, the dude’s passed the bar), I’m the wiry journalist nursing a tumbler full of Jim Beam behind a typewriter, and we’re headed out West to cover a bunch of guys going really, really fast in a big, important race.  There’ll be plenty of cocktails involved, loads of pranks and secrets and laughter, and someone may even get hurt. Only one thing’s for sure; the next week and a half are going to be chock full of some of the most interesting, technical, and straight up insane boats and sailors, and the only place to see it all unfold live is right here on Sailing Anarchy. 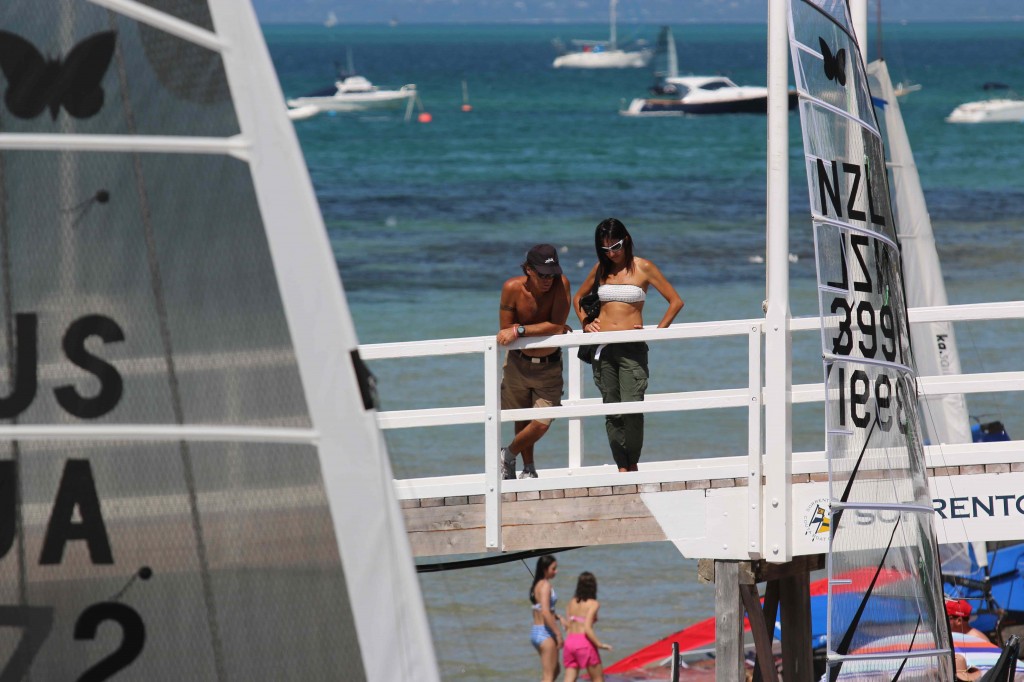 Australia.  Originally settled by the English to house an overgrown convict population, it’s a land so rugged that merely existing without dying proved a struggle for generations. An isolated island continent so full of land-and-water borne dangers that they’ve literally named a city after Darwin himself. A place where the average teenage girl can drink you under the table and the c-word can be a term of endearment, it’s no wonder that Australians have earned a reputation as being a hearty bunch. Get in the water with the Aussies and engage in battle and they’re nearly unstoppable, no matter the discipline. Home to professional surfing’s first world champion, the first group of sailors outside the US to win the America’s Cup and more foiling moths than anywhere else on the planet (including the defending world champion), it’s only fitting that when the Moths decided to go off with their biggest Worlds ever, it would be held down under. 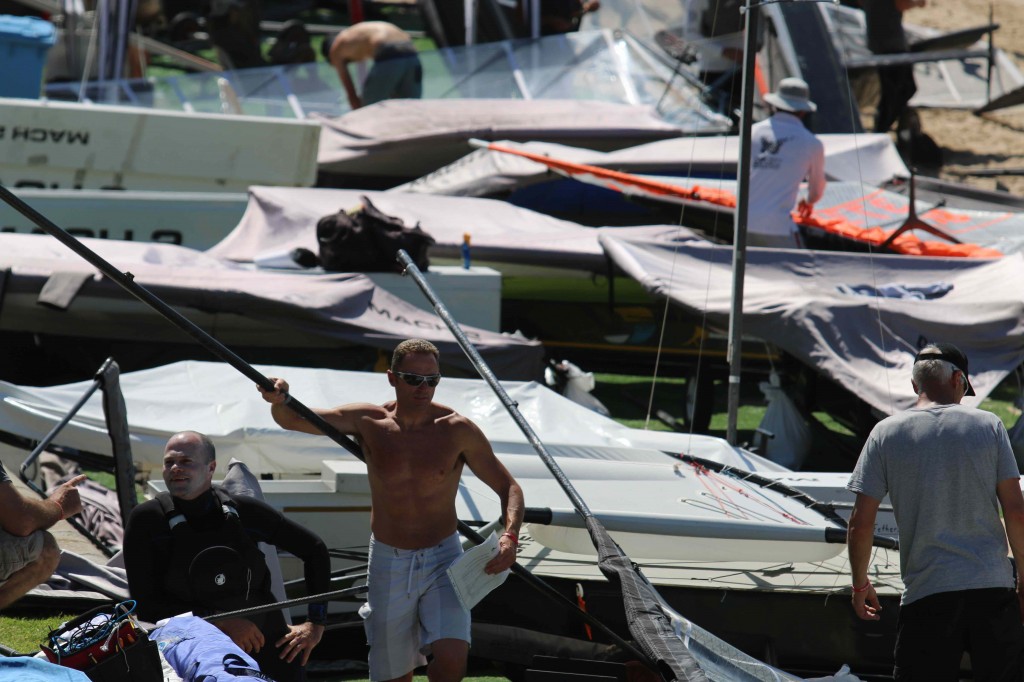 The Moth got its start more than eight decades ago in nearby Inverloch, based on the very ethos of being an open, box-rule 11-foot dinghy, and has since seen constant development across three different continents to become the foiling monsters that they are today, and the fastest dinghy in the world. With the America’s Cup switching to foiling just two years ago and an unprecedented amount of resources being dumped into foiling-development, the class has surged in poularity to become the single most important dinghy class in the world, and as a result, everybody’s here. Well, almost. Staying true to its roots of open development, we’ll be seeing everything from beautiful homemade boats to bone-stock production moths to highly customized hulls, foils, control systems, aero, and rigs on the very cutting edge of technology.

With enough Olympic Gold present to fill Fort Knox, somewhere north of 160 entries and the deepest fleet of any moth race in history, the 2015 McDougall + McConaghy Moth Worlds are set to go off in a big way, and we’re coming locked and loaded with video interviews, daily write-ups, sit-down talk shows, tech profiles, live racing feeds, kick-ass photos and more. Post your questions and feedback in the forums and we’ll take it from there.  And don’t forget about Sperry, where Odysseys Await.  Also a big thanks to Line Honors Yacht Racing Outfitters for supplying us with some last-minute shirts and hats – no one does it better and faster than Bobby, give ’em a call!