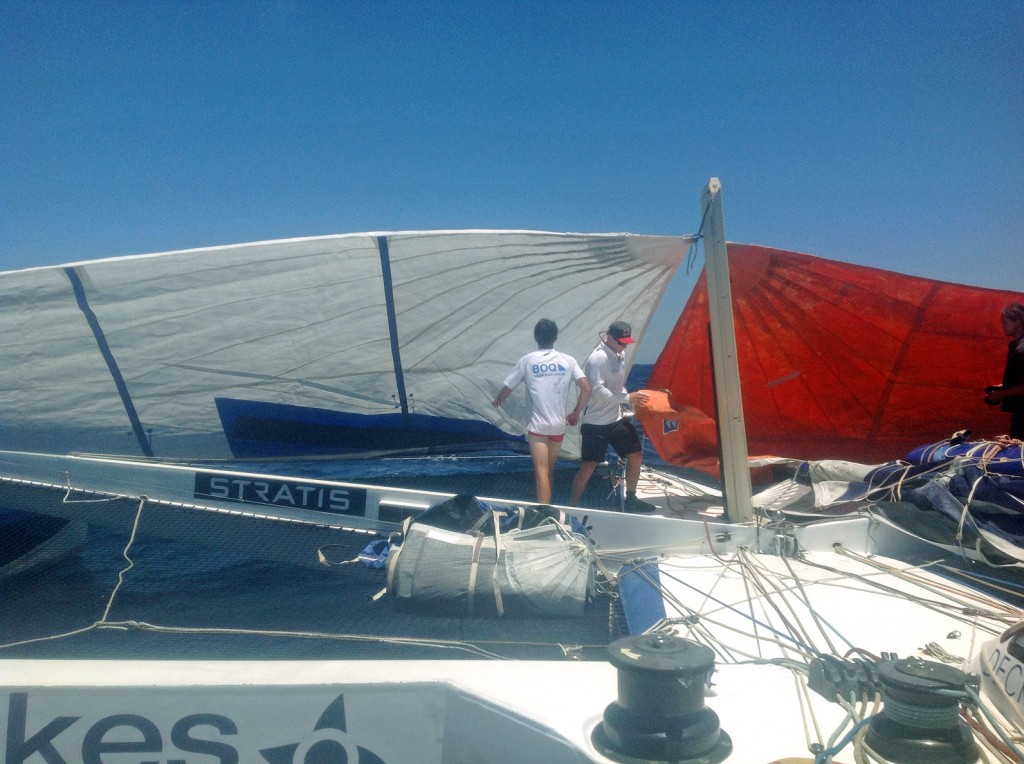 Unlike almost every other sailing website, we’re loathe to cut-and-paste press releases on our front page.  But this one is such a good counterpoint to Rolex and the CYCA’s moronic and secretive handling of the banning of reporter Sue Neales from the Sydney-Hobart media center that we just had to run it.  And it’s not every day you see Jimmy Spithill building a jury rig.  Why our downunder friends on either Team Vodafone or Team Australia can’t keep a rig up is a story for another day.

In a sudden disappointing turn of events in the Club Marine Pittwater to Coffs Yacht Race, race leader and multihull record holder Team Australia’s 100-foot mast came down late this morning when the trimaran was 10 miles out to sea south of Port Macquarie.  The crew of eight men on board the Sydney based 60-footer are all OK.
“It’s a shock given we had we weren’t doing anything unusual, we were just starting to get going properly,” said Langman via mobile phone at 1300hrs. “It’s disappointing and not over yet, we still have to get in. We are heading back south as it’s too difficult to motor straight up wind.

“The carbon fibre made a hell of a noise when it cracked. It ended up in three bits so it’s not really repairable. Jimmy [Spithill] was steering at the time, he was telling everyone to stay down below. It would have been a much worse situation if any of the guys were hurt. We are all good and now playing with jury rigs so we can get going.”