what it’s all about 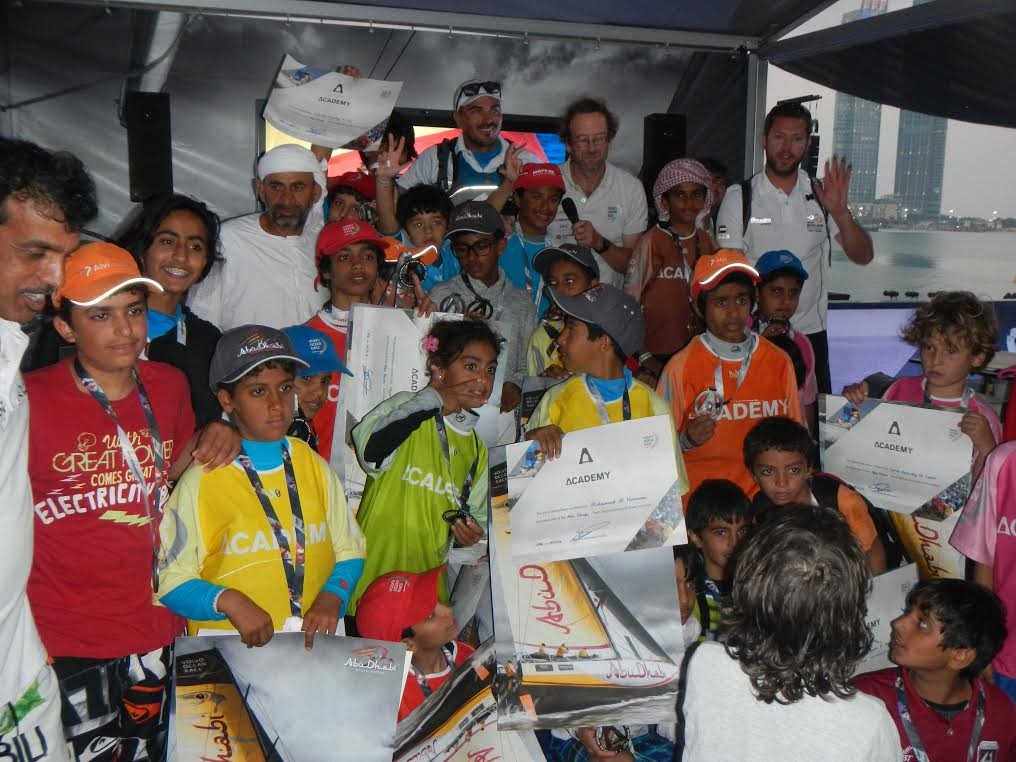 Sure, the Volvo Ocean Race is about racing powerful racing yachts around the world but that is not all it is about. In each stopover there are activities designed to entertain and grab attention or in some cases, and lesser known, helping to facilitate the development of our sport.

Such is the case with the Optimist Team Racing event. Sailed in teams of 4 by local kids of varying abilities, in Abu Dhabi saw 7 teams spending 2 complete round robins followed, after a split into Gold and Silver fleets by a further round robin capped off by a winner takes all final.

Alongside the on the water event was a 3 day Team racing umpire’s clinic designed to help further develop umpiring skills, and perhaps ultimately widen the pool of our sports race umpires at club, national or even international level. The Clinic was led by Chris Atkins (GBR) who literally ‘wrote the book’ on team racing so neither element could have had a better leader to produce what was for all concerned a meaningful and, for the kids, most importantly a fun event.

For those not familiar with how a team race is umpired, if a sailor feels a rule is infringed they protest and fly a flag. The protestee has seconds (typically 2-3) to respond with 1 turn. If they don’t they receive an umpire flag and penalty of 2 turns and it can be fast and furious especially with the turning ability of the Oppie.

One things is for sure, these kids sailing in the Emirates do know the word ‘Protest’ and how to throw a flag in the air. They also know the rules better than many adults I have seen on the race course and the attendees of the Umpire Clinic who were now on the water, driving, calling and making decisions had more than enough opportunity to practice and test their newly acquired knowledge.

The final was a foregone conclusion all the way until mark 3 with one team in a clear winning combination but the trailing team threw everything at them up the final beat developing into what was almost 4 mini match races, while helping their teammates at the same time, only deciding AND reversing the result in the last 40-50 metres from the finish line.

Hectic for the racers and also requiring a deep drawing of breath by the umpires as the final boat crossed the line.

The is no doubt that the event was a tremendous success as I am sure will be replicated in the other stopovers of the Volvo Ocean Race around the globe. So just remember, the Volvo 65’s may grab the headlines and the event may all? be about Return on Investment for the sponsors but by the time the race reaches Gothenburg there will be several hundred kids who have been introduced to proper umpired team racing and several dozen new potential team racing umpires out there. Well done VOR! – Shanghai Sailor.